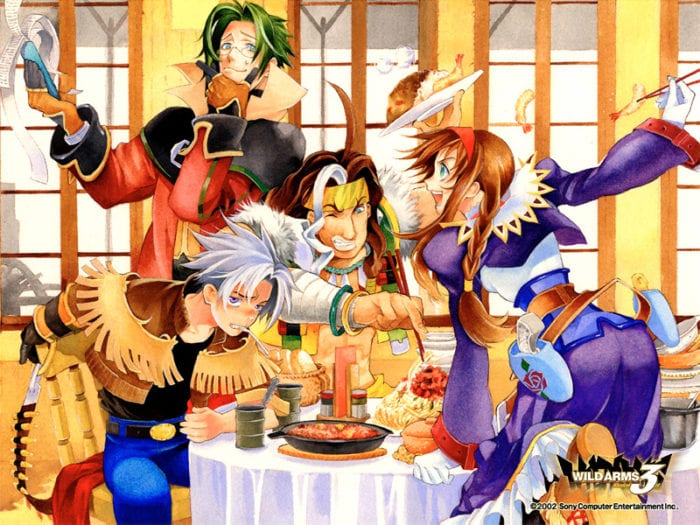 It looks like two more PS2 games are set to make their PS4 debut, in the form of Wild Arms 3 and Kinetica.

The trophies appeared on Exophase, a website that collects game cards and holds forums to aid aspiring achievement hunters. Wild Arms 3 has 28 trophies, while Kinetica has 12. If this is true, Wild Arms 3 and Kinetica will join 23 other PS2 remasters, such as Rogue Galaxy and Grand Theft Auto: Vice City.

Wild Arms 3 is the third installment in the Wild Arms franchise. Originally released for the PS2 in 2002, four adventurers, known as Drifters, must stop an unknown menace from ending the world. The Drifters are led by Virigina Maxwell, an 18-year old Drifter who just wants to find her long lost father. Along the way, the four of them learn startling truths about the true history of the world, and their own personal connections to this history.

Kinetica was developed by Sony’s Santa Monica Studio, and was released in 2001 for the PS2. Players will race across futuristic versions of Earth’s cities, venture into outer space, and even compete in fictional cities. Nine racers compete in a single race wearing “Kinect Suits,” which has wheels on the hands and feet of the suits.

What other PS2 games do you want to see on the PS4? Have you tried either Wild Arms 3 or Kinetica before? Lets us know in the comments below.