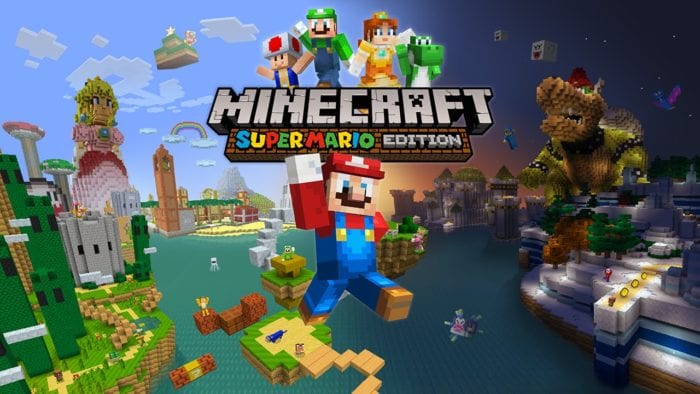 Wahoo! Thanks to a glorious collaboration between Minecraft developers Mojang and gaming giant Nintendo, a whole host of Nintendo content will be coming to Minecraft this Summer.

After finally making it’s way to a Nintendo console last December, Minecraft: Wii U edition is expanding with a wealth of Mario-themed content.

The content pack includes an entirely new world filled with Mushroom Kingdom builds and characters, 16 tracks from the soundtrack of the legendary Super Mario 64, a Mario-themed texture pack, and a metric tonne of skins so you can cosplay as all of your favourite characters… even Waluigi. Mojang have stated that they’ve included fan favourites, but haven’t skipped on unsung heroes like the Hammer Bros and Petey Pirahna.

From the video above you can see amazing recreations of key set pieces from your favourite Mario games, like Delfino Plaza and Peaches’ castle,  and all of your favourite enemies re-purposed as mobs in Minecraft’s block-filled world.

The mash-up pack will also be free of charge, and those who already own the game on Wii U will receive it as a free update on May 17th. Sentimental folks can also acquire the content when it comes packaged with the retail edition of Minecraft: Wii U edition, releasing in stores June-17th.