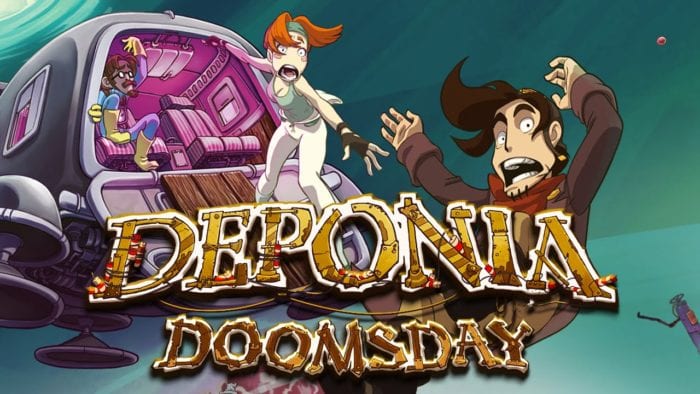 Fans of the point-and-click adventure genre are likely to already know the Deponia series, Daedalic Entertainment’s irreverent trilogy. While the ending of the prior three games’ story left many disappointed, the indie dev has returned to try and win back their fans with another over-the-top entry. Deponia’s crude humor, maddening puzzles, and memorable characters return with a dash of time-traveling insanity to try and set things right in this new tale. 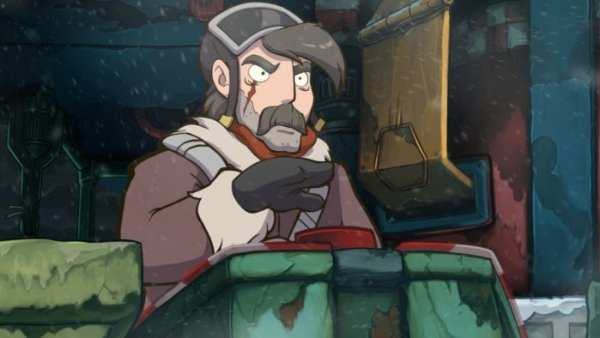 Following the crass and generally unremarkable Rufus, Deponia Doomsday adds to the story of the prior three titles in the series. Thanks to the time travel elements, it’s not so much a sequel – or even a prequel – as it is a parallel arc. Set on the junk-laden planet of Deponia, Doomsday unfolds after a disturbing dream shows Rufus a vision of a future in which he is responsible for the destruction of his home. Determined not to follow this path, Rufus sets out to change his destiny.

As a point-and-click adventure, Deponia Doomsday is pretty well-established by its genre. The humor, item-matching, puzzles, and conversation mechanics aren’t exactly new elements, but Daedalic puts them all together quite nicely. Smooth animations, solid voice acting, and a twisted story all add up to a well-made entry into the genre that builds on the series’ prior success. What it may lack in fundamental innovation, it more than makes up for in quality and delivery. 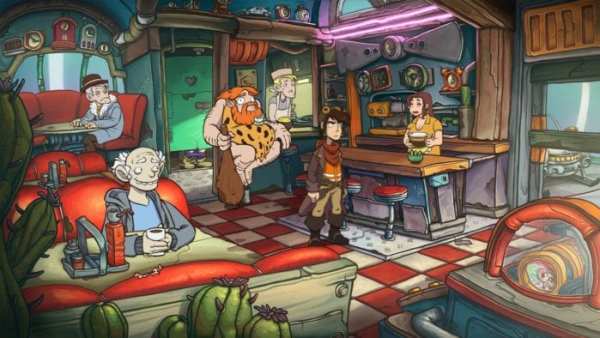 One of the most talked-about aspects of Deponia Doomsday is, of course, its relation to the previous games. With a great fanbase feeling pretty let down by a less-than-stellar ending to the would-be trilogy, Doomsday allows players to correct the course and set right the events that left many feeling put off. Is it a cheap trick to win back the hearts of gamers left out in the cold? Maybe, but it’s also a great way for Daedalic to reach out and set things right with their fans, which I think is fantastic.

Standing on its own, Deponia Doomsday is probably a bit too steeped in the lore of prior games to make a good entry point. Despite this, the fresh cast and well-established universe is still interesting and engaging. The world of Deponia is an intricate, messy place filled with devious puzzles and plenty to do. Throwing in the time-travel aspect, Doomsday even affords players the chance to turn back the clock when things go wrong and try again. It’s a curious add-in to the genre, and introduces some quirky and interesting solutions. 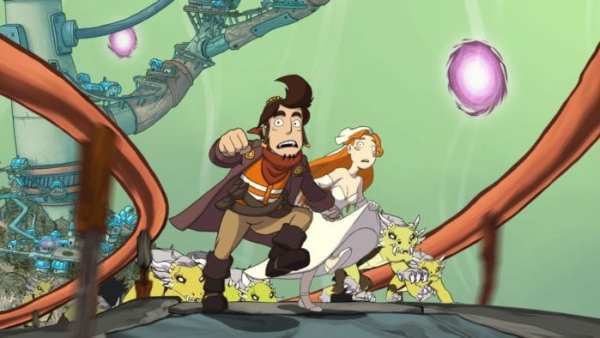 Overall, Deponia Doomsday is an expertly-crafted point and click that holds itself to pretty high standards. The production value is great, and Daedalic has created a wonderful response to fan criticism. While those who haven’t spent time with the other Deponia titles may not find themselves as invested in Rufus’ story, returning players are sure to find more of what drew them in to begin with. Deponia Doomsday is available now on Steam for a $29.99 buy-in that throws in a 200-page art book, soundtrack, and concept art.