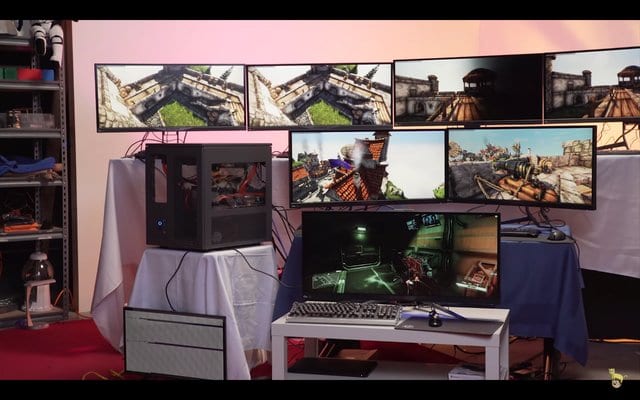 With a hefty pricetag of $30,000, this PC is just a tad excessive. Nonetheless, having seven computers running high-end games with over 90 frames-per-second is insane. The rig’s idle power consumption alone is 250 watts, which is the same amount a mid-range gaming computer would consume under stress. When playing multiple games simultaneously, the power consumption 1500 watts — which is insane for a computer.

If you’re interested in some of the parts that went into the rig, check out their shopping list. Hopefully, for $30,000 it could run Minecraft right?

What do you guys think? What games would you and your friends want to try out on this beast? Let us know in the comments below!