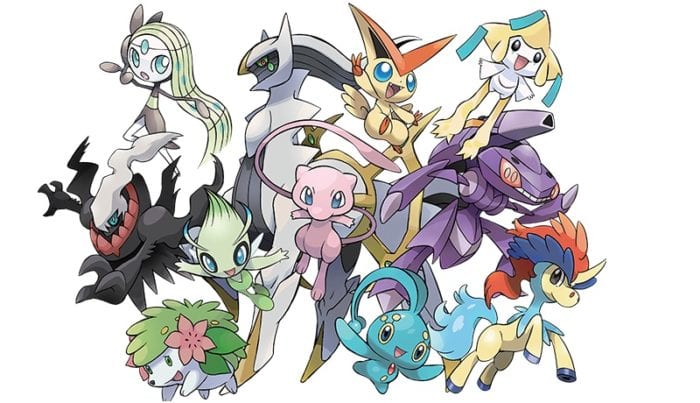 In celebration of Pokemon’s 20th anniversary, there will be Mythical Pokemon distribution events throughout 2016 starting in February. Every month you will be able to acquire a new Mythical Pokemon from either GameStop or the Nintendo Network for X, Y, Omega Ruby, and Alpha Sapphire.

Who exactly will you be able to get your hands on? Here’s a list of each critter up for grabs and where you can get them:

You’ll only be able to grab each month’s Pokemon from the 1st to the 24th, so make sure to not wait too long to grab each available Mythical. Also, there are no details as to where and when you’ll be able to grab them in Europe though it is confirmed through the events official European site.

So are you ready to expand your Pokedex? Grabbing them all, or waiting for a certain favorite? Feel free to let us know in the comments below.