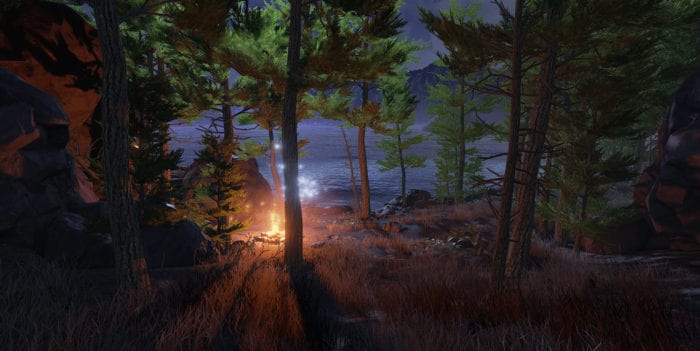 Several decades ago, a mysterious adventure aptly titled Myst reared its head and creeped out a good portion of the world. Well, I was definitely creeped out, mainly due to the silence and solitude of exploring the island of Myst. It was a new take on the adventure game, giving players a first-person perspective through an island that they’ve been placed in with not an ounce of context nor any sign of an objective.

While the game has garnered a variety or spin-offs and sequels, developer Cyan Worlds wants to bring the mystical world of Myst into the new generation. Several years ago, the developers created a kickstarter campaign to garner financial support for a spiritual successor titled Obduction, and they met their goal quite nicely, ultimately raising $1,321,306 to go towards the development of the game.

To usher in 2016, Cyan Worlds decided the celebrate the new year by giving players the first footage of Obduction, with several gorgeous shots of the landscapes that players will traversing upon its release. Just as well, the music fuels the strange and lonely ambiance reminiscent of the Myst titles, assuring fans that the atmosphere won’t be lost with this new title. With Robyn Miller, the original composer Myst, returning to score the new game, the results will likely be something altogether unforgettable.

There is still no word on when Obduction will be completed and ready for release for PC and Mac, but you may follow the developer’s steady stream of blog posts to follow along with the development process. For now, though, Obduction looks and sounds gorgeous, and it sure to be an excellent and mysterious new entry in the adventure game genre, ready to fill a newcomers and veterans to the genre with those chills and senses of wonder.