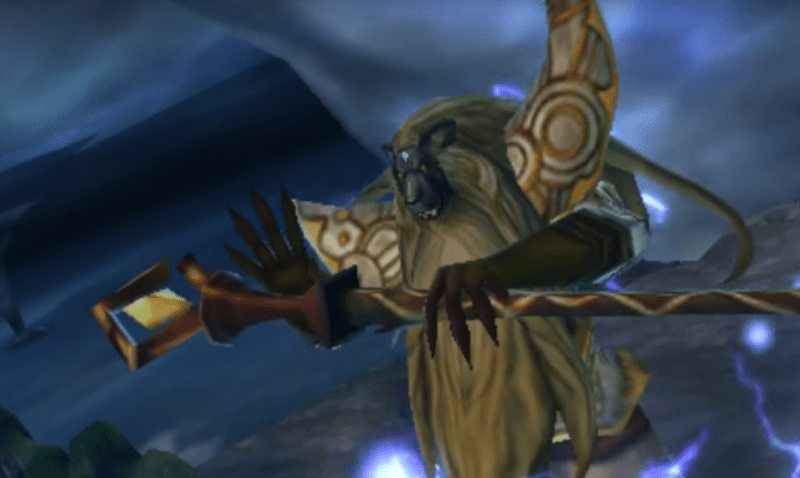 Ramuh is one of the early eidolons you can fight in Final Fantasy Explorers right after defeating Ifrit. His attacks are much more varied and significantly stronger than Ifrit’s, so we would advise bringing in a party of three monsters if you’re not playing online. A set of level 5 monsters should be sufficient, as they’ll respawn after a set amount of time even if they do get killed during the fight.

The first thing you’ll want to do is lock on to Ramuh. He has a Teleport ability that allows him to warp around the map. However, if you have a target lock on him, you’ll always be able to pinpoint his position even after he uses the ability. He can also cast the Thunder spell, though this is easily avoidable by looking out for the red target circles on the ground and staying away from them. If you keep your distance from Ramuh, he will cast Levin, a lightning projectile that is also relatively easy to avoid as long as you keep moving.

One move that you need to watch out for is his Thunderpeal. This is a devastating AoE attack that can take out almost half your HP if you get caught in it. Once you see the Thunderpeal spell box appear at the top of your screen, make sure you run as far away as you can. He has another AoE attack called Rage, which will not only drain your health, but also disable your ability usage for a short period of time. Abilities are going to be your main source of damage output, so be sure to run away from him whenever he uses that attack.

Lastly, Ramuh can also gather power and execute his signature move, Judgment Bolt. The attack will allow him to summon down bolts of lightning to strike at your position. Your best bet is to run in circles around him to avoid getting hit by more than one bolt of lightning. If you get hit by two or more bolts, it is very likely that he’ll be able to knock you out even if you have a full HP bar.

For this fight, we advise using the Hyperspeed Crystal Surge ability whenever it’s available. This will allow your character to move a lot quicker on the field, and it’ll also make it easier for you to dodge Judgment Bolt and run away from Thunderpeal. Ramuh has a lot of HP, so be prepared for a lengthy fight. Come with a good supply of Hi-Potions, and remember to use your handy Cure spell whenever you have the opportunity.