It looks like Zelda fans will be getting another amazing Figma Link action figure by Good Smile Company, this time it’s Link from the Nintendo 3DS game — The Legend of Zelda: A Link Between Worlds. 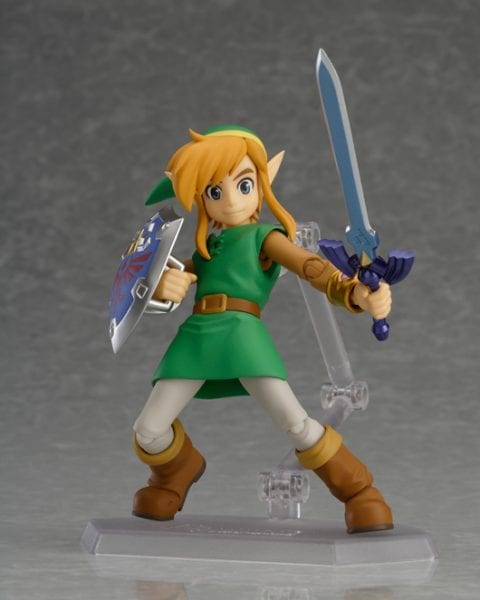 The standard release of this Link comes with his famous Master Sword and a shield. Also packaged with Link will be the “Mural Link”, which if you’re familiar with the game is when Link uses Ravio’s Bracelet to merge into walls to pass through obstructions. Also, there will be a deluxe version of the figure that will come with the Tornado Rod, bomb and Hookshot, along with a precious baby Maiamai to hid inside Link’s nemesis the despicable pot. 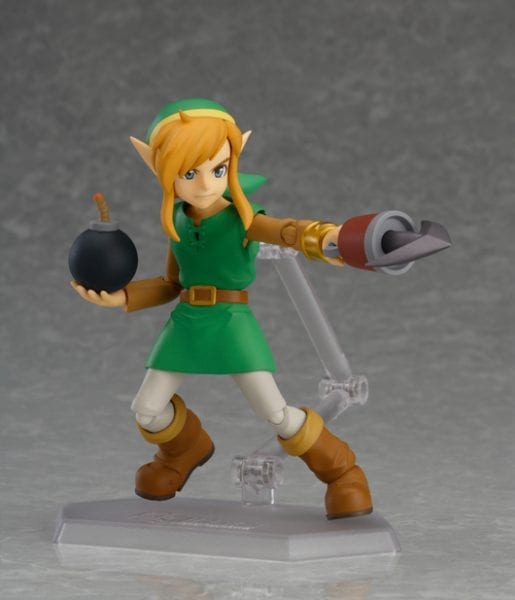 In Japan, the regular edition will cost 4,630 yen and the deluxe figure will be at 5,556 yen — which roughly converts to $39.24 and $47.12 USD. The Japanese website will be taking preorders but as of yet, there isn’t any information regarding a US release for the figure.

If you’re unfamiliar with the Figma action figure line, they’re highly articulated figures, some come with multiple accessories like interchangeable faces, weapons and a clear stand to pose the figure. In late 2012, there was a Figma action figure of Skyward Sword’s version of Link which in the US sold for $54.99.

Do you own any Figma figures? Would you like to add this Link to your stash? Let us know in the comment section below.