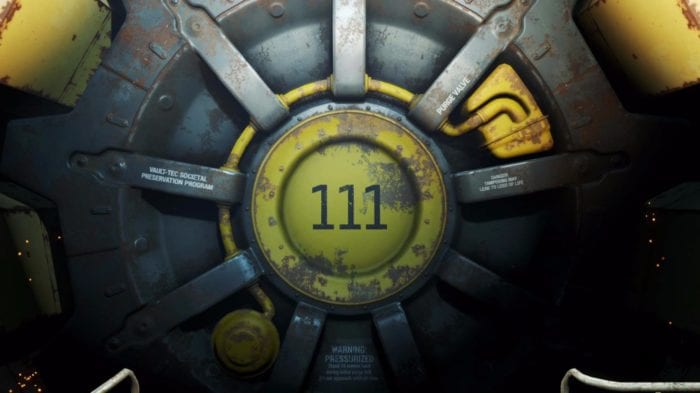 Spoilers for one of Fallout 4’s vaults ahead!

In the Fallout universe, cruelty and Vault-Tec seem to go hand in hand. Those lead-lined safe havens scattered around the country serve as petri dishes for whatever sick experiments the higher-ups in the company have in mind. Sometimes these can be as mild as testing cryogenic sleep (without permission from the test subjects, of course), or as extreme as forcing people into what are essentially death camps.

Vault 81, which can be found west of Diamond City, is a Vault that falls nearer to the more extreme end of the Spectrum.

The Vault’s main experiment was to test the effects of different diseases and antibodies on subjects under the effects of extreme radiation. Diseases were to be pumped into the rooms as they were monitored by a set of scientists who seemed to enjoy this all a bit too much.

The Secret Vault 81 (located under the already demented Vaulted 81) was used to breed horribly mutated mole rats, as if the ones on the surface weren’t enough. These are a bit nastier, with the ability to transmit diseases to their victims. While it can be argued that most of the experiments, no matter how insanely unethical they were, could have served some sort of purpose for humanity, these things have no reason to be alive.

Now, you’re probably wondering how this vault was successful. After all, they were not only dosing an entire population with infectious diseases, they were also going to essentially give them all cancer and cause horrible mutations. Well, you see, the experiments never actually ended up happening thanks to one individual.

Each and every Vault has an Overseer. The one person who knows everything that’s going on and usually has a moral compass that always points to hell with zero deviation. They keep everyone in line and are the only ones with contact to Vault-Tec (usually). They are hand-selected to be ruthless, to feel nothing, and to do as told. Unfortunately for Vault-Tec, the initial option for the Overseer was no longer able to fill the position so a second option was made.

This man was smart, understood how things worked, was fully qualified, but wasn’t trying to kill people for “science.” He decided to take matters into his own hands and it all began with him severing all communication to the outside world after receiving word of of the impending nuclear attack. Gripped by the shame of denying a direct order and separating the people who trust him from the world, he decided to err on the side of humanity.

Because of that one Overseer’s decision, the inhabitants of Vault 81 never died. In fact, it prospered so much that at the time of Fallout 4’s main adventure, 200+ years later, the community still thrives. The Vault opened its door and let in the world.

Outsiders trade, all of the facilities work as they should, children are born. Life is being lived in a Vault after the Great War without murder, stealing, blackmail, or hatred. It is an aspect of civilization that has managed to remain true to itself, despite the adversity it faced. It’s just humanity.

Does the ability of Vault 81 to be a survival success story give you hope for the Boston Wasteland? Feel free to let us know in the comments below.