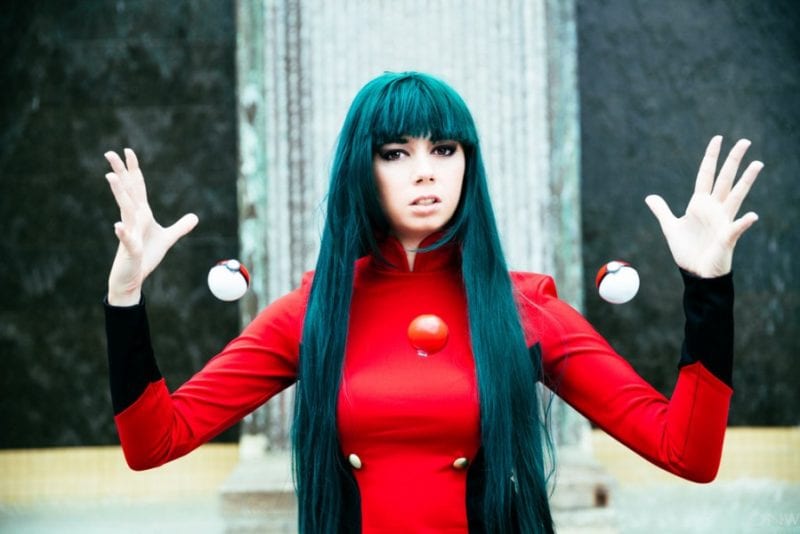 If you like Pokemon cosplay, there’s a ton of fantastic cosplayers out there who do some really incredible work. Of course there’s just so many characters from the series out there not to mention over 700 Pokemon, so it’s hard to choose such a short list. It’s best to start at the beginning though, as the original Pokemon anime series seems to be one of the more popular things for cosplayers to take a stab at.

Tons of characters from the original show get some fantastic cosplays. There’s quite a few pairs of Ash and Misty that each do their own great job, and Officer Jenny is a really popular character to cosplay. Luckily, there are a few different versions of Jenny to choose from, adding a little diversity to the lineup. Of course no group would be complete without Nurse Joy, Brock, that jerk Gary Oak and a few gym leaders like Erika from Celadon City. It’s nice to see Team Rocket so well represented with a few different takes on the dastardly duo, along with a Meowth. They’re even joined by their fellow teammates/rivals Butch and Cassidy. It wouldn’t be fair to not mention some of the other great teams like: Team Magma, Team Aqua and Team Plasma which are all represented.

Of course, there are plenty of trainers from the games represented with cosplay too. There’s some fantastic versions of Red and his rival Blue out there along with the trainers from Gold/Silver, Ruby/Sapphire, Diamond/Pearl, White/Black and even Pokemon X/Y. The characters from Black/White are especially popular, when you add in the game’s most memorable antagonist, N.

The humans of Pokemon aren’t the only ones getting phenomenal cosplays however, as there’s plenty of talented people creating some startlingly good cosplay out of actual Pokemon. Some of these are more liberal takes on the Pokemon, transforming them into more human-like version of cosplays. These can be incredibly beautiful works with the likes of Articuno, Leafeon, Moltres and even Buneary represented. On the other side you have more traditional takes on Pokemon, with cosplayers creating some incredibly faithful suits or costumes to wear. Legendaries are also popular in this regard, with some absolutely incredible creations of Lucario and Groudon, whose eyes even light up.

Pokemon cosplay is always best when shared with others, which is why you see most of these costumes paired with other characters or done in groups. There’s such a rich cast of characters and Pokemon from across the series, it’s almost impossible to pick the best, and probably even harder for cosplayers to pick which ones they want to focus on.

Pokemon is celebrating its 20th anniversary in 2016, and with two brand new games on the way you can bet there’ll be plenty of new cosplays that we start seeing