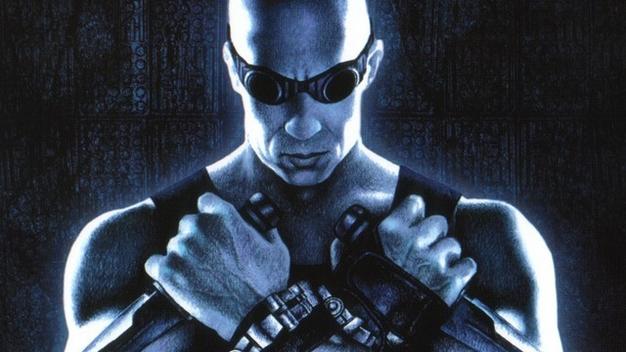 Yes, sure, we’ve got Death Stranding now and whatever weird tentacle stuff is coming with that. But the original PT demo was so good and the reveal of its true nature so perfect, that we wanna see where that Silent Hill sequels would lead us with the current generation of consoles. Would the babies still be prevalent? Ninja Theory’s sci-fi reimagining of Journey of the West was a great game, all things considered. The bond between Monkey and Trip was solid, and the action was some fun stuff. They clearly wanted to do more with the concept, but as with most games, that cliffhanger ending will forever remain a cliffhanger. As far as game sequels go, that’s one that we’re the most sad about.

Before they started working on those Impostors of Gotham City and Shadows in Mordor, Monolith created a first person horror series where you were a cop going up against serial killers. The sequel expanded on the horror mythology of things, and we’d really like to see where they could go with another sequel someday. Maybe in our dreams.

Superhero games are all the rage right now, but 2K’s Darkness series was a little too early. Having supernatural powers is cool enough, and you’d think that after Jackie got stranded in hell by his girlfriend, we’d get another title just to see how that ended, right? Well…hell, no.

The original Wind Waker is a lot better than people give it credit for, it's just the art style was a huge turnoff for fans. While it got a new burst of life thanks to the Wii U remaster, we'd still like a second entry, even though we know that it's never going to come around to existing.

Ninja Theory's sci-fi reimagining of Journey to the West was a great game, all things considered. The bond between Monkey and Trip was solid, and the action was pretty damn fun. They clearly wanted to do more with the concept, but as with most games, that cliffhanger ending will forever remain a cliffhanger. It's a shame that it didn't sell all that well and the sequel was axed, because a new entry on current gen consoles would've been amazing.

Before they started working on Gotham City Impostors and Shadow of Mordor, Monolith created a first person horror series where you were a cop going up against serial killers. The sequel expanded on the horror mythology of things, and we'd really like to see where they could go with another sequel someday, when they're not working on what is likely a new Shadow of Mordor. Maybe someone else will take the reigns, but given the second one didn't sell too hot and had tacked on multiplayer, we wouldn't hold our breath.

A Proper Spyro the Dragon Sequel

Let's just ignore the whole Skylanders thing. There needs to be a full blown Spyro the Dragon sequel, one that has the purple dragon going to new worlds and collecting gems, and all of that good stuff. It's been too long, and it's not like Activision is really doing anything with the character since acquiring him beyond having him be a bit player in what started out as his own franchise.

The first two Jet Set Radio games had style, and the world is much poorer for their absence. Gamers clearly like games that have style and attitude, but SEGA doesn't want to let the GG's ride again, sadly. There was a concept for a Jet Set game on the Wii, but SEGA straight up said they didn't want to make a new Jet Set for any console, and they haven't mentioned it at all since.

Capcom's 3D fighter had a short lived run in the late '90s and 2000. It's criminal that there's never been a third installment, especially with this studio's expertise in fighting games. Seriously, why haven't we gotten another entry to this?

The new Prey from Arkane certainly looks cool as hell, no doubt about it. But we'll always want to see what things would've been like if we were playing as a US Marshal turned alien bounty hunter in what's essentially a darker version of Star Wars' Coruscant. It's a shame that it wasn't apparently meeting Bethesda's expectations.

Star Wars games are crazy popular and really good, but Force Unleashed II didn't really deliver on that last front. Even with that taken into consideration, having a new protagonist would spice things up. Unfortunately, the second game didn't sell all that well, and with that canon now being made obsolete, it's unlikely we'll ever see Starkiller ignite his lightsaber again.

Remember this one from Pandemic before EA shut them down? It was one of their last series before they got shut down, and they were working on a third entry that they never got much progress on. With how much DICE's Frostbite engine is getting used around in the EA companies, and how much dumb fun Just Cause 3 has proven to be, isn't it time that the franchise returns in the hands of a different studio?

Beat 'em up games don't exactly have the star power that they used to, but we can still hold out hope for a Streets of Rage 4. Those were some good times playing the first three games side by side, and we'd love to recreate them on our PS4s and Xbox Ones.

First person stealth/action games are getting something of a much-needed comeback these days. The original Riddick game was much better than anyone was expecting, and ditto Dark Athena. Sadly, we likely won't get another one, if only because Vin Diesel is crazy busy being a Guardian and deciding the Fate of the Furious.

If you owned a PS1 back in the '90s, you're well aware of just how ripe for sequels Legend of Dragoon was. Why Sony hasn't capitalized on it is both a mystery and a tragedy, one that we'll be left forever wondering about.

Mario's no stranger to RPGs, clearly. The Paper Mario and Mario & Luigi series definitely get the job done, and bringing back the original Mario RPG would make for a great RPG trifecta. Now if only Square was willing to do another joint collaboration with them...

Perhaps it was a little too quirky and weird for its time back in 2011, but a sequel would totally work nowadays. Dating sims are at their best and weirdest right now, so Atlus would be well in mind to just lean into all of that. Unfortunately, it's been said before that none of the endings really set up for a sequel, which means we'll never get to have our stressful relationship woes with Atlus again any time soon.

Okay, being on the Dreamcast didn't do this game any favors, but even so, it's a game about sky pirates. That alone should've made the game sell a boatload of copies, but for some reason, that didn't help. Guess it's not a pirate's life, after all. But it's one of the best Dreamcast (and later Gamecube) games for a lot of people, and they deserve to be more than just characters in SEGA racing games.

Tim Schafer's known for making good games out of weird and bizarre concepts, and nowhere is that more apparent than throwing Jack Black into a world made up of rock album covers. Double Fine's crazy busy at the moment, but even with that in mind, we likely won't ever see a second one, since EA owns the rights and the original game didn't sell all that hot to begin with.

Yeah, being animals and all that junk was cool. But the real reason that we want a second Tokyo Jungle is to dive more into that world where humanity is gone and see what other robot animals there are. Who wouldn't wanna be a robot and take down some stupid herbivores?

Dead Space 3 wasn't as good as it could've been, admittedly, and the sales definitely prove it. But man, we haven't had the pants scared off us in space from this franchise in too long. We need those pants to be scared back off.

Again, this is one of those sequels that we need really dang bad. Even if it's just a mobile game on our phones, we need a legit Pokemon Snap 2 in our lives.

Yes, sure, we've got Death Stranding now and whatever weird tentacle stuff is coming with that. But the original PT demo was so good and the reveal of its true nature so perfect, that we wanna see where that Silent Hill sequel would lead us with the current generation of consoles. Would the babies still be prevalent?
Comments
Continue Reading
Related Topics:enslaved 2, force unleashed 3, game sequels, mario sunshine 2, Pokemon Snap 2, Prey 2, silent hills, tokyo junle 2, wind waker 2, world ends with you 2