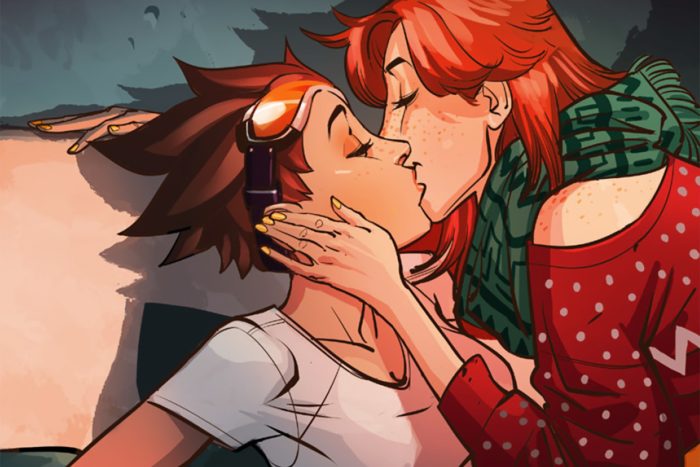 Adventurers. World savers. A boy band. The leads of Final Fantasy XV have been referred to as all that and more, and it’s easy to see why. The various relationships between Noctis, Prompto, Gladio, and Ignis is one of the central parts of the game, and they’re with you from the very start of the game. By the time the credits roll, it’s hard not to walk away from it wanting to make fan art of all of them taking a breather and finally relaxing.

You remember when you got a pet for Christmas as a kid and you two were both trying to get a feel for each other, and your parents were watching and thinking it was the cutest thing in the world? Well, that’s basically what The Last Guardian’s relationship between the Boy and Trico is. Constantly feeling each other out and learning new things about one another, making for one of the most enchanting dynamics presented in games.

15 Gaming Relationships from 2016 We that We Can Get Behind

Adventurers. World savers. A boy band. The leads of Final Fantasy XV have been referred to as all that and more, and it's easy to see why. The various relationships between Noctis, Prompto, Gladio, and Ignis are central parts of the game, and they're with you from the very start of the game. By the time the credits roll, it's hard not to walk away from it wanting to make fan art of all of them taking a breather and finally relaxing.

A tale as old as time: one, the last of his kind and a mechanic. The other, a defective robot with vital plans to a world ending battle station. The friendship between Ratchet and Clank has been part of their charm, and even seeing their first meeting under a new context presents the dynamic that shows why we've loved them for nearly a decade and a half.

You remember when you got a pet for Christmas as a kid and you two were both trying to get a feel for each other, and your parents were watching and thinking it was the cutest thing in the world? Well, that's basically what The Last Guardian's relationship between the Boy and Trico is. They're constantly feeling each other out and learning new things about one another, making for one of the most enchanting dynamics presented in games.

Nathan Drake's romantic endeavors are more than a little rocky--TALK TO YOUR WIFE, YOU IDIOT--but at least he's got his brother. Sure, Sam may lie worse than he does, but the two will go to hell and back for each other, and then laugh about it, as Drakes do.

The Gears of War games have good characters that can bounce off one another perfectly, and the same holds true with Gears 4. The new faces all lend themselves well in terms of comedy and emotion, and it's easy to imagine that the three of these dudes get along during downtime. And maybe for some fans, all three of them are also dating each other. That's cool.

They say the bond between a father and his child is one that can never be broken, and Dishonored 2 proves that. For fans of the original, the sequel is about a daughter saving her father from her evil aunt (or vice versa), and it's easy to see the influence that Corvo's had on Emily over the years. Most of it involves throat stabbing and supernatural powers, but like father, like daughter, right?

The creator of the Metal Gear Solid franchise is no stranger to thinking outside the box, and that apparently extends to his personal life. Whether it's because of the now dead Silent Hills or his current project Death Stranding, the man's apparently seeing Norman Reedus AND Andrew House AND Geoff Keighley AND Guillermo del Toro. And we ship 'em all pretty hard.

These two first met during the Vietnam War and have remained buddies ever since. Given that Donovan works in the CIA, it's a friendship that's paid off in Lincoln's favor for sure. Donovan's always by his side, providing him with help during his revenge quest and coming to his defense during a Senate hearing. In fact, the CIA agent may just straight up be Clay's only friend.

It's safe to say that Campo Santo's Firewatch probably wouldn't be the hit it is if it weren't for the two stellar leads they've got on hand. Henry and Delilah bounce off one another so perfectly throughout the game, providing humor, dread, and tension without the two of them talking face to face. Also helping is the fact that actors Rich Sommer and Cissy Jones nail their characters and personalities so perfectly, something that definitely helps sell the familiarity of working a mundane job the game's trying for.

You wouldn't think the two Talon operatives would actually make the best pairing, but they get along quite well. Together, there's no computer they can't hack or target that can't be eliminated. More importantly, there's no shade at Reaper that can't be thrown.

In the Titanfall universe, they say there's no bond stronger than that between a Pilot and their Titan. Playing through the story of the growing bond between Jack Cooper and the Titan thrust onto him by its dying Pilot certainly shows the truth in that. It's hard not to walk away from Titanfall 2's story not thinking that these two are a great fit for each other, and will hopefully have more adventures together to come.

Three of the oldest members of Overwatch. All three of them were thought to be dead at some point, and are now on radically different courses. The exact nature of their relationship to one another is unclear, but there's no denying the love and history they all have between them. It may also just happen to involve a lot of bullets.

There are certain things you can't not talk about when it comes to Overwatch, and the relationships are one such thing. Simply put, Pharmercy is one of the game's biggest ships, pairing together the justice-seeking Fareeha Amari with the angelic doctor Angela Ziegler. Their skills certainly play off each other quite well in the game, and their interactions have given fans plenty of fuel for fan art and fic. Much like heroes, those will never die.

Putting Marcus with just about any character leads to some great dynamics in Watch Dogs 2, but it's him and Wrench that are the stars of the show. The two are pretty much attached to each other from moment one, and Wrench will gladly call him up so they can geek out about a new movie back at the Hackerspace or talk to him about who'd win in a fight between Alien and Predator. And Marcus? He'll bravely go back to reclaim Wrench's stolen mask, and if that doesn't give off signs that they're perfect for each other, nothing can.

When all's said and done, there's no relationship that hit 2016 as hard for games, romantic or otherwise, as the one between Tracer and her girlfriend Emily. The path to learning Tracer having a girlfriend was rough, but it definitely was a success thanks to the holiday timing and for Blizzard starting their new megahit IP with a lesbian on the cover art.
Comments
Continue Reading
Related Topics:Dishonored 2, feature, Gears of War 4, jd fenix, kait diaz, Last Guardian, mafia iii, overwatch, pharmercy, ratchet and clank, Titanfall 2, tracer, Uncharted 4, Watch Dogs 2