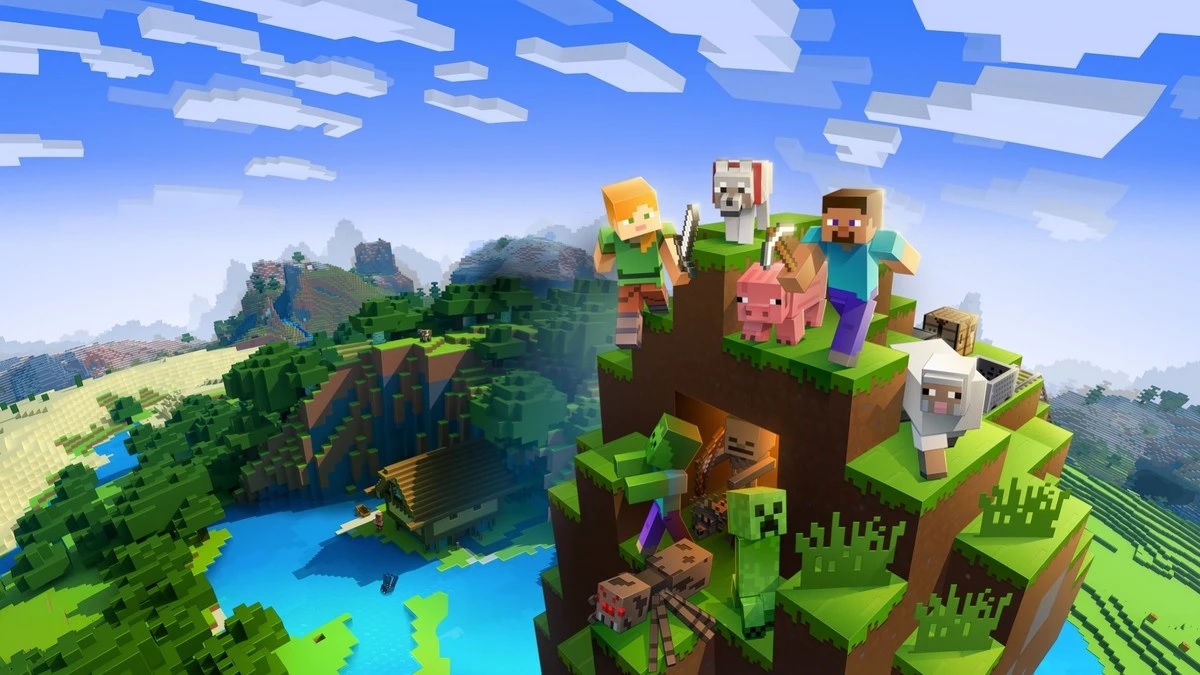 Minecraft has an exhaustive list of enchantments that can be implemented to your best piece of armor, weapon, and tools. However, only a fraction can be used to enchant swords, and since combat is a big part of the game, you should only focus on the most useful. Keeping that in mind, we’ve gathered the top 7 best sword enchantments in Minecraft that are worth seeking out.

The power of fire is incredible—and quite dangerous. Normally, you’re better off staying away from anything fire-related in Minecraft, but with the Fire Aspect, you should make an exception. When enchanted to a sword, it causes your target to take fire damage over time, making combat go a little smoother.

On top of being great for swordplay, the Fire Aspect enchantment is also really handy for cooking meat! You can skip finding a flammable resource to cook raw meat in a stove and instead just locate a farm animal, cut it down with the enchanted sword, and the raw meat is automatically cooked.

Don’t you hate being tossed around by other mobs, like zombies? It’s annoying and frustrating, and there’s a solid chance you’ve been knocked off a cliff on more than one occasion. It’s time you give enemy mobs a taste of their own medicine with the Knockback sword enchantment.

It does exactly what it advertises, increasing the distance enemies are knocked back when you hit them. The effect is even greater with the strongest tier, sending enemies flying away and hopefully off a cliff. A sword with Knockback is really good for keeping nasty Creepers away, too.

Even in Minecraft, finding valuable loot feels good and saves you some time having to find rare materials to craft strong weapons and tools on your own. You can further improve both the yield and chances of rare goodies by enchanting a sword with Looting.

While extra valuables is the biggest perk the Looting enchantment offers, realize that you’re also reducing the time spent gathering. Take the End, for example—all those Ender Pearls and Blaze Rods you need? With Looting III, blazes have the potential to drop four instead of just one, meaning you’ll get to fight the Ender Dragon far sooner.

You’ve just picked up some diamond, one of the most coveted materials in Minecraft outside of netherite. By the end of your trip, you’ve got some of the best weapons and tools. If that’s the case, why bother using them except in rare cases, especially a sweet diamond sword? Well, with the Mending enchantment, you can rest easy.

What Mending does is restore the durability to your sword whenever you pick up experience points. Since mobs drop plenty, your Mending-enchanted sword is effectively indestructible. While it’s still one of the best sword enchantments in Minecraft, it’s even better on tools.

This does bring up an interesting question though: Should you use Fire Aspect or Sharpness? If you’re facing off against the Ender Dragon, Sharpness is far more effective; Fire Aspect, on the other hand, isn’t advantageous in this matchup due to the Ender Dragon’s immunity to fire damage. It also doesn’t hurt to simply have both and use one over the other when the situation calls for it.

Sweeping Edge is incredibly helpful in survival situations, like raids or the Nether where you’ll be surrounded by multiple mobs. Your sweeping attack is a terrific way to handle several targets, but with Sweeping Edge, it increases the amount of damage sweeping attacks do, making it far more useful against big groups.

What’s arguably the best aspect of Sweeping Edge is that it plays nicely with other enchantments. For example, a sword enchanted with Sweeping Edge can also be enchanted with Fire Aspect, granting bonus sweeping attack damage and setting targets on fire. Pretty neat, right?

Nothing induces fear quite like the sound of your sword breaking, that sickening crunch before your favorite weapon is gone. You can at least prolong the inevitable with the Unbreaking sword enchantment, which reduces the amount of durability loss your sword experiences from use.

In the same vein as Fire Aspect and Sharpness, the Unbreaking sword enchantment poses a question: do you use Unbreaking or Mending on swords? Mending is definitely superior, but since it’s a treasure enchantment, it cannot be obtained from an enchanting table. If you do not have access to Mending, Unbreaking is second best.

There you have it, folks: the top 7 best sword enchantments in Minecraft. It might seem like you need to consider the best out of the seven, and that may be true early on, but you should honestly have a sword for every occasion. Some enchantments can be stacked too, further improving its overall effectiveness.