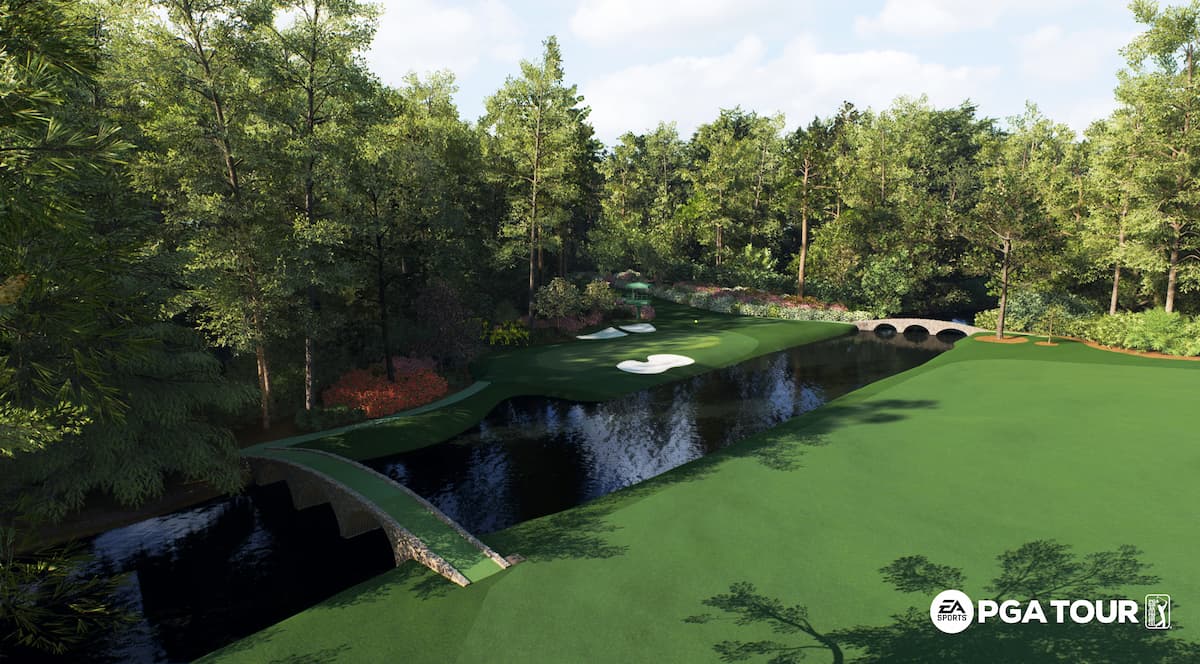 It’s been nearly eight years since EA Sports released their own entry into the PGA Tour series, that being Rory McIlroy PGA Tour in 2015. And while players have been able to get their fix on the links here and there ever since, EA was once the home for PGA action for over 20 years. Soon, for players all over the world, they will be again. Because this Spring, EA is officially back in the game. And this time, they’re leaving no stone unturned in the process.

If you’re looking for realism, you’ll find it here, with the developers introducing Pure Strike as arguably the most crucial piece of their revamped gameplay puzzle. Being able to utilize official PGA Tour ShotLink® and TrackMan data, the ultimate goal is for players to be tested in the exact same ways as the professionals are — from hole to hole, from course to course, it’s all about navigating each blade of glass as well as what every element throws at you. Ideally that would mean a solid range of courses to experience, right? That’s where EA’s ‘Bucket List’ comes into play.

Fortunately, players will have plenty of options at the outset. From The Old Course at St. Andrews and Pebble Beach Golf Links to Teeth of the Dog and Top of the Rock, there will be a wide variety of courses at launch play through — 30 in total, with some exclusives sprinkled in — and the hope that they can update and add more as the game’s lifespan progresses. Speaking of exclusives, PGA Tour also bills itself as the home of the Majors, which include the Masters, PGA Championship, the U.S. Open Championship, and The Open.

The Country Club in Brookline, Massachusetts was said to be an “ultra-exclusive,” with the team at EA even going so far as to use a low-flying helicopter to capture specific images. Additionally, they sent photographers to every course in order to maintain their detail-focused approach. Yet perhaps most notably, those at Augusta National performed their own play test with their very own caddies, proclaiming that “it’s as close as it has ever been to real life.”

With a revamped gameplay system comes the opportunity to tweak the Career experience, which EA appears to be taking advantage of. Players can begin their path as male, female, or gender-neutral, with a seemingly endless amount of customizable options along the way. There are over 40 brands of fashion and gear to choose from, as well as your player’s shot type — of which there are 20 in total — as you look to enhance your skillset along the way. Additionally, if you want to start out on the amateur circuit, you can! If you’d rather try your luck on the PGA or LPGA Tour from the beginning, the choice is yours.

There were a handful of pros confirmed ahead of time, such as Jordan Spieth, Scottie Schefler, Nelly Korda, and Lexi Thompson. There is a partnership with the LPGA to look forward to as well, but fans will have to wait until closer to launch to discover more of the roster.

Though for all the promise of realism and a truly unique Career experience, questions remain in terms of how layered game modes outside of this will be. After all, there’s always a balance to be struck between realistic and enjoyable. Will there be a Co-op Career Mode feature? We don’t know. For those looking for more within Quick Modes, a lot of that may have to wait until post-launch. Not to mention, players looking for more “fun” game modes akin to past entries are also out of luck at the moment.

Players will also have multiple options to play with their friends both online and offline, including Couch Play, Locally, through Matchmaking, or Private Match Mode. But again, while one can enjoy an experience that supports up to 16 players simultaneously, few specifics were given in terms of what types of matches to expect. And even though having ShotLink® data on hand may enable plenty of future updates, tipping the scale too far to one side from the beginning threatens to dampen early expectations. Until then, we’ll just have to wait and see.

It’s clear what the goal was for EA this time around: authenticity. From the presentation of historical course locations and hundreds upon hundreds of hours of recorded commentary to player-specific reactions, it’s clear in the early going where the resources have gone. Career Mode follows an RPG progression system while each and every course has been fine-tuned to reflect its real-life difficulty. On the surface, this venture back into familiar territory looks lovely. Given the technology on display, it should. But underneath, a hope for more remains.

For EA, the decision to get back into the golf game was a simple one. A certain demand and particular eagerness was there; they had brand-new technology at their fingertips; and their relationships stemming from the professionals to the course workers were as strong as ever. Yet even more than that, their aim was to make the most authentic golf experience imaginable. In just a couple of months, we’ll know whether or not they’ve hit the fairway or sliced one out of bounds. So far, a lot of the right signs are there.