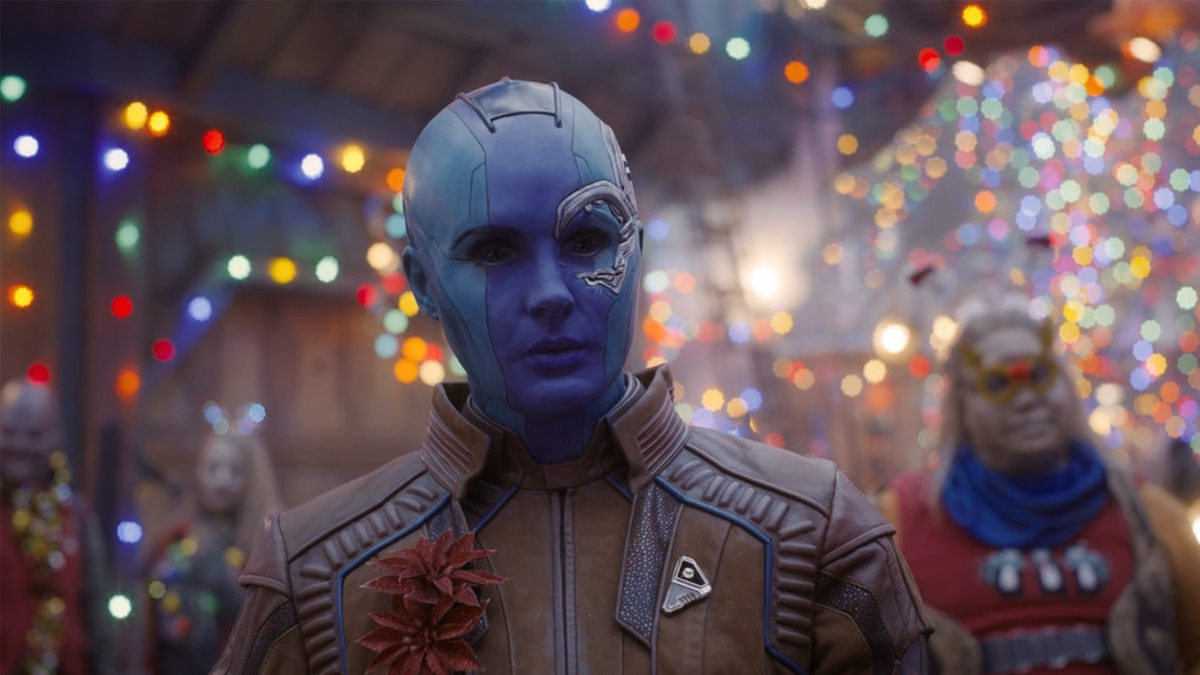 Tony Stark’s epic sacrifice and the path he took to get there, the tragedy of Steve Rogers being displaced in time but eventually getting his happy ending, Thor’s tragic tale of perseverance through grief, losing everyone he cares for but still managing to find Love; these are just a few examples of some of the beautiful stories we’ve got to see unfold for characters in the Marvel Cinematic Universe so far.

Yet, despite all these amazing growth stories, one of the most wholesome and poignant arcs that have occurred through the MCU has been built up subtly over the past decade, that of Nebula, the adopted daughter of Thanos and sister of Gamora. Her story is particularly wholesome and highlights the importance of family, redemption, and self-acceptance.

First and foremost, Nebula’s arc is a story of family. From a young age, she was raised by Thanos, a genocidal madman who saw her and her sister Gamora as little more than tools to be used in his quest to eliminate half of the population of the entire universe.

Thanos subjected both sisters to brutal training and conditioning, pitting them against each other to mold them into perfect warriors. Nebula lost to her sister many times, and in attempts to make her stronger each time, The Mad Titan would have her body constantly tortured, ripped apart, and rebuilt with cybernetics. This abuse and neglect left Nebula with deep emotional scars and a burning desire for revenge against her father.

However, despite the cruelty she experienced at the hands of Thanos, Nebula never lost her connection to her sister Gamora. Despite their differences and the jealousy and resentment that sometimes surfaced, the sisters always had a deep bond. This is evident in how Nebula constantly seeks her out, even after she is believed to be dead, and in the way that Gamora is willing to risk her own life to save Nebula.

Another critical aspect of Nebula’s arc is her journey toward redemption. For much of her life, Nebula is consumed by hatred and a desire for revenge against Thanos, even going as far as to ally herself with Ronan the Accuser and participate in his plan to destroy Xandar, showing little regard for the lives of innocent people. However, after witnessing the destruction of the planet and the deaths of countless people, we see her begin to question her own actions and motivations.

She eventually realizes that her obsession with killing Thanos has only brought her pain and suffering and that the only way to find peace is to let go of her anger and forgive herself and her father. This is a complex and painful process for Nebula, but it ultimately leads her to a place of inner peace and redemption.

Finally, Nebula’s arc is a story of self-acceptance. Nebula has struggled with her identity and sense of worth throughout her life. She has been constantly compared to her sister Gamora, who is seen as the better and more valuable daughter by both Thanos and herself. This has led Nebula to doubt her worth and to see herself as inferior to Gamora.

This is brought to a full resolution in Guardians of the Galaxy Vol. 2 during the epic battle between the sisters. After chasing down Gamora, Nebula finally bests her and exclaims, “I win!” After some bickering about who won and why, in a heartbreaking line, Nebula yells, “You were the one who wanted to win, and I just wanted a sister!” She explains the atrocities she suffered under Thanos because of Gamora. At the same time, this was meant to finally show Gamora the inferiority complex that has been driving her sister; it is also meant to show Nebula coming to terms with it and her basic need of having a caring relationship with her sister.

Following this, as Nebula embarks on her journey of redemption, she begins to see herself in a new light. The long exile in space with Tony Stark allows her the time to reflect on her past. She realizes that she is a strong and capable individual who has the power to overcome her past and forge her own path. This newfound self-acceptance allows her to let go of her anger and find peace within herself. Finally, she even goes so far as to kill her variant self from the past, symbolically and literally letting go of and destroying that aspect of herself.

By the time we see Nebula in Thor: Love and Thunder and the Guardians of the Galaxy Holiday Special, she has grown tremendously following the loss of her sister in Avengers Infinity War. She has become her own person and a member of the Guardians’ crew, forging her own future and even smiling more now that she has left her trauma behind in the past.

Nebula’s character arc in the MCU is a powerful and poignant story that showcases the importance of family, redemption, and self-acceptance. Through her struggles and triumphs, Nebula inspires us all, reminding us that it is never too late to overcome our past and find our own path to happiness.