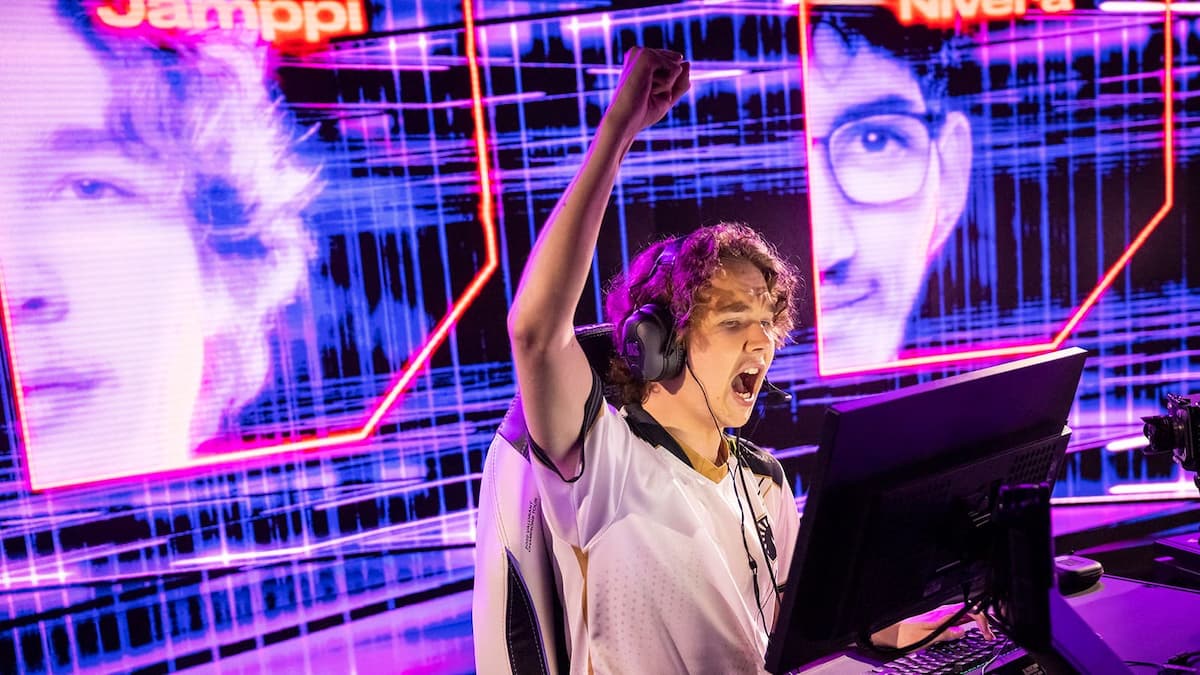 There’s no doubt that Team Liquid took a bit of a risk when it signed former CS:GO prodigy Elias “Jamppi” Olkkonen back in early 2021. He had only just made the jump to Valorant and was joining as a newcomer just as the game’s esports scene was starting to find its feet. But it didn’t take long for the young Finn to impress, and over the past 18 months, he’s proved himself one of the best Valorant players in the world.

Earlier today, Jamppi sat down with Twinfinite to discuss Team Liquid’s preparation ahead of the $100,000 Red Bull Homeground tournament, kicking off tomorrow. It was supposed to be the first opportunity for Liquid’s new roster to shine, which now includes Ayaz “nAts” Akhmetshin and Igor “Redgar” Vlasov, but that will have to wait as the pair were denied visas to travel to the UK. You can read more on that in detail here or keep reading as we pick our chat together from the top:

Twinfinite senior editor Alex Gibson: Mr. Jamppi! Hope you’re doing well today. Let’s start off with the changes to the roster for Red Bull Homeground since that has only just been announced: Can you tell us what has happened?

Jamppi: Unfortunately, they couldn’t get their visas in time to join us in the UK, and so we had to take two stand-ins… it sucks that we cannot show our full team here, but it is what it is. They (Enzo “Enzo” Mestari, and Johan “Meddo” Lundborg) are two still really great players, and I still think we have a great chance of doing well here. But, of course, it is not the same vibe that it would have been with our whole team.

So basically, we’ve had one day of practice with the two new guys, so we are doing pretty much freestyle for this whole tournament, but we are still confident. We are not going to play the same way that we would if we were with our own team because we didn’t have practice. We’re instead going to just go in with a great mindset at an individual level. There are going to be a lot of different and funny comps, for sure.

Alex: Going back to the main roster, everyone is obviously hugely excited to see this new version of Liquid with Nats, Redgar, and Sayf so tell me how the practice has been going. How is everyone kind of vibing with each other, how is the confidence coming into Red Bull Homeground?

Jamppi: I think the structure and the team chemistry we have now are fantastic. Even before Nivera, ScreaM, Dima, and Link were great and we had good chemistry, but with this new team our goals are more matching and our mentality is this time matching better than it was before. Everyone shares the same kind of mindset about what we want to do and what we want to work on, and so I think that is one of the keys that is maybe different this time. The structure of finally having a strict IGL with Liquid which we never had before; we never had one committed IGL to that role — we had different people doing that role. It’s different now. We have Redgar, and he has been super helpful already, so for the future it is going to be huge. I mean, he knows how to win with Gambit before, so that really helps us.

Alex: Talk to me about the IGL role. How do you feel about giving it up for Redgar; does it free you to do more kinda crazy Jamppi things or are you still focused on helping with secondary calls?

Jamppi: Yeah, I did IGL before and this whole year I’ve been the second caller, but now in the future, I have a different role now. For me, it is the kind of role I want. I could have done IGL even better than I did, honestly, just by committing, but I think it’s not really for me. I enjoyed it, but my goals are not in the IGLing. I want to do different stuff, and now I think with Redgar joining and Sayf now as our second caller –Sayf is going to call Red Bull Homeground for us, actually –, so it wasn’t a hard choice for me. I was happy to give away the IGL role, and I think the role I am going to have now is the one I am the best at.

Alex: ScreaM was such a big presence for Team Liquid. How did you feel about him leaving and do you have confidence that someone like Sayf can come in and take his place?

Jamppi: I was of course sad. I actually got a little bit emotional because of it; we shared nearly two years together, and I think the things he taught me in terms of keeping a strong mental game was so important to me. Also, with Nivera I was extremely close with him and we play even now together in ranked. So yeah, I was sad, but that’s how it goes in esports — we spent nearly two years together and I really thought we would win a trophy together, but unfortunately, it was not meant to be.

As for firepower, I think yes, Nats is unbelievable. Sure, he’s maybe not as flashy, but I think Nats was at one point the best player in the world because of his individual level. Also, we have Sayf and Redgar; Sayf was one of the best players in LCQ and at Masters, and so I actually think the firepower is even better now with the additions of new players. I’m not worried at all.

Alex: Looking forward to the tournament ahead, who do you think is looking dangerous at Red Bull Homeground?

I think Vitality is one of those teams that want to prove to people that they are a top team. I’ve seen many analysts doing tier lists and nobody has been putting Vitality that high, but I think they have a really good team. They want to show people what they are capable of, and so I think Vitality is going to do really well.

Alex: As defending champions of the tournament do you feel any extra motivation to win or do you approach this as just a practice for Sao Paolo and Brazil early next year?

Alex: And finally, with franchising kicking off next year and Liquid looking as strong on paper as they do, can we finally put to rest the whole “Jamppi is going back to CS thing?” Do you see yourself staying with Valorant or is there a part of you that thinks “yeah, I could go back one day” or are you happy in Valorant esports.

Jamppi: I’m super excited about franchising, and as I have said before many times I am not going back to CS. I have the goals that I want to achieve and I am super happy with the team we have now. I think we finally have the pieces and the stuff we were missing. Also, the fact that Redgar and Nats have both won a major international tournament also brings us a winning mentality, as with Liquid before we never won a major tournament. I think these factors are going to be really helpful in the upcoming years.

As for franchising, the kick-off tournament next year in Brazil with all the teams is going to be so fun, and it will show people the level of what to expect.

Red Bull Homeground kicks off tomorrow, Dec. 9. The tournament is being held in Manchester, UK, and features several teams partnered with Riot Games for next year’s Valorant Champions Tour league. There is a prize pool of $100,000 for the eight invited teams to fight over. Team Liquid is the defending champion.

Keep an eye out for more interviews from Twinfinite with Red Bull Homeground players over the coming days. Until then, check out Valorant’s latest patch notes if you haven’t already.