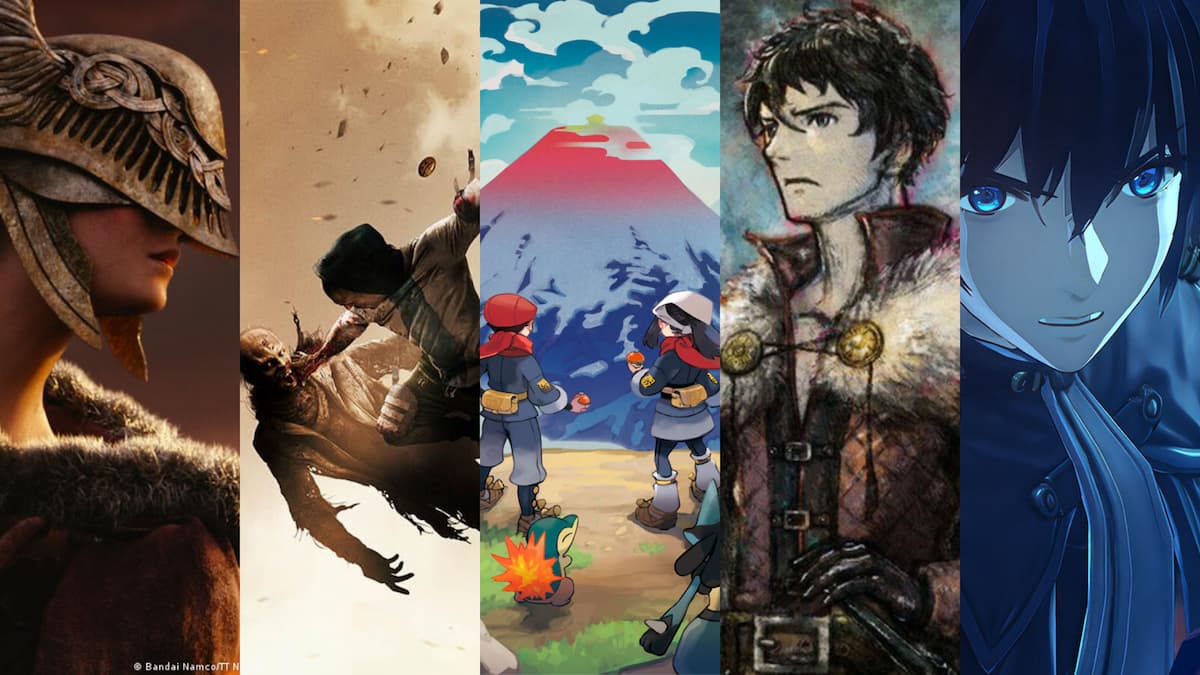 As part of our countdown to Twinfinite’s Game of the Year award, it’s time to take a look back at 2022 and pick out the best games from each genre. We saw a ton of big RPG releases this year, and it took some time, but we’ve finally narrowed down our top five picks. Without further ado, here are the best RPGs of 2022 as voted on by our staff and editors.

Staff Writer Cameron Waldrop: Dying Light 2 is certainly more than just a nicer version of the first game. This sequel also introduced new parkour mechanics while making sure to adhere to the actual reality of the game’s setting. In the first Dying Light, guns were a part of the weapon pool and something you were guaranteed to find at a certain point in the story. But with the sequel happening 22 years later, the best you get is some makeshift shotgun. However, other technology succeeded in its place and makes all of Villedor so much fun to experience.

Not only does the grappling hook from the first game make a return, but you also get a glider that can be pulled out from just about anywhere in the city, thanks to the numerous air vents. In lieu of guns, it feels like melee weapons got better. Now choosing between something with blades or a blunt weapon is a reasonable choice that helps you pick a play style.

This time around, the RPG mechanics have been nicely reworked, letting you better zero in on the build you want without making too much of a sacrifice. As both XP gain and skill trees are once again split between combat and parkour, you don’t have to focus on just one and can have both the strength skills to fight and the parkour skills to get out quickly if needed.

The fact that all of this can be done in co-op with a friend is simply the cherry on top and adds an extra layer to an already great RPG.

Weekend Editor Keenan McCall: Most might remember Triangle Strategy for its tactical aspects, but it’s just as laudable as an RPG.

While the game might not provide extensive options for taking your characters from zero to hero, it does allow you to gradually build them up toward being something better. There are new attacks to learn, better pieces of gear to obtain, and new variants of classes to unlock in order to meet the challenges the game introduces.

The story and characters bolster the role-playing experience as well. Set within a sweeping fantasy world rife with conflict, there’s no shortage of twists and turns as the main party attempts to set the world to right through their battles and the choices they make in-between them.

Speaking of which: There are plenty of situations where the player can affect the story and world through their own choices. Their party members will throw in their two cents and react to the choices made too, providing perspectives and opinions on one’s choices that feel like they fit within the mythos and logic of the setting.

These come together to create a rare beast of an RPG that is as deep as it is fun to dig into. One could do far worse than to lose themselves in Triangle Strategy, and there’s little doubt that a strong series could emerge from its successes.

Staff Writer Omar Banat: It would be a bit inaccurate to say that in 2022 the Switch was becoming a hotbed for some of the best RPGs — both remakes and new titles. In reality, the console was already filled with fantastic games in this already busy genre. However, Xenoblade Chronicles 3 was able to stand out in this crowded space as one of the best RPGs on the system and one of the best to come out in 2022 in general.

From the first game on the Wii, it was clear that this franchise was in the upper echelon of RPGs with its unique real-time battle system that is just about perfected in Xenoblade Chronicles 3. The smash and burst art combinations are still present from past titles, but the addition of Ouroboros arts lets players get even deeper into dealing massively damaging attack chains to bosses and enemies.

This title is also one of the first in the franchise that actually lets you fully customize character classes instead of locking each one into their set roles. Xenoblade Chronicles X explored this with the main character, but 3 lets the player go all out as an RPG should. With the current DLC included, there are 20 different roles that can be assigned to the 19 different party members.

More options in battle and character-building are nice and all, but it’s all for naught if executed poorly. Fortunately, the characters in this game are all endearing and the activeness of the battle system is incredibly engaging. There is no doubt that Xenoblade Chronicles 3 is one of the best RPGs to come out in 2022.

Staff Writer Rebecca Stone: Pokemon Legends: Arceus turned the main series of Pokemon games on its head by breaking the typical formula it has known for over two decades. This was the most ambitious Pokemon project for Game Freak thus far.

The game maintained the standard RPG elements such as battling and leveling up party members, but it built on the concept with Alpha Pokemon and Noble bosses. The longstanding motif of the franchise “gotta catch ‘em all” meant more than ever in this title as there was a greater incentive for catching Pokemon since the Pokedex had several layers of research elements involved.

For the first time in the series, the game introduced a crafting mechanic that made it possible to create Poke Balls, potions, and other useful items for the quest. It was also a breath of fresh air to be able to sneak up on Pokemon in the overworld to catch them rather than battle in turn-based combat, which shook up another longstanding tradition. Even we as the player character could take damage and faint while traveling out in the open world areas.

The open area concept in particular was an ambitious step for the series and helped to bridge the gap to Pokemon Scarlet and Violet, which would release later in the year. Game Freak has a history of playing it safe with the Pokemon franchise, but they took important strides forward in Pokemon Legends: Arceus.

Reviews Editor Zhiqing Wan: Was there ever any doubt that the dream collaboration between FromSoftware and George R.R. Martin would result in anything less than the most ambitious and impressive RPG we’ve played this year? Okay maybe there was a little bit of doubt, because it’s always good to be just a little skeptical of anything that seems too good to be true. But even then, expectations for Elden Ring were sky high, and FromSoftware’s magnum opus went above and beyond those expectations.

Elden Ring is a culmination of all the lessons FromSoft has learned over the years with Demon’s Souls, Dark Souls, and Bloodborne. It brings back the character customization and build variety RPG fans have sorely missed in Sekiro, while also drawing from the greatest strengths from each of their past games. Power-stancing is back, along with customizable weapon arts to make every character build feel truly unique.

Most importantly, The Lands Between make for an absolutely incredible open-world to explore. It’s no wonder that this game has been consistently compared to Breath of the Wild; Elden Ring’s open-world is deceptively huge, with secrets and hidden NPCs and dungeons scattered across every corner. You’ll never find them all in a single playthrough, and it’s likely that you’ll even miss a major questline or two as you explore, but that’s the fun of it.

Just like its predecessors before it, Elden Ring is the kind of game you can replay endlessly and almost always find something new on your next playthrough. Whether it’s through discovering new play styles you never thought you’d be into, or figuring out how to complete Ranni’s insanely convoluted questline, Elden Ring offers something fresh and exciting each time you jump back in.

That does it for Twinfinite’s picks for the best RPGs of 2022. Disagree with our list? Let us know in the comments down below!