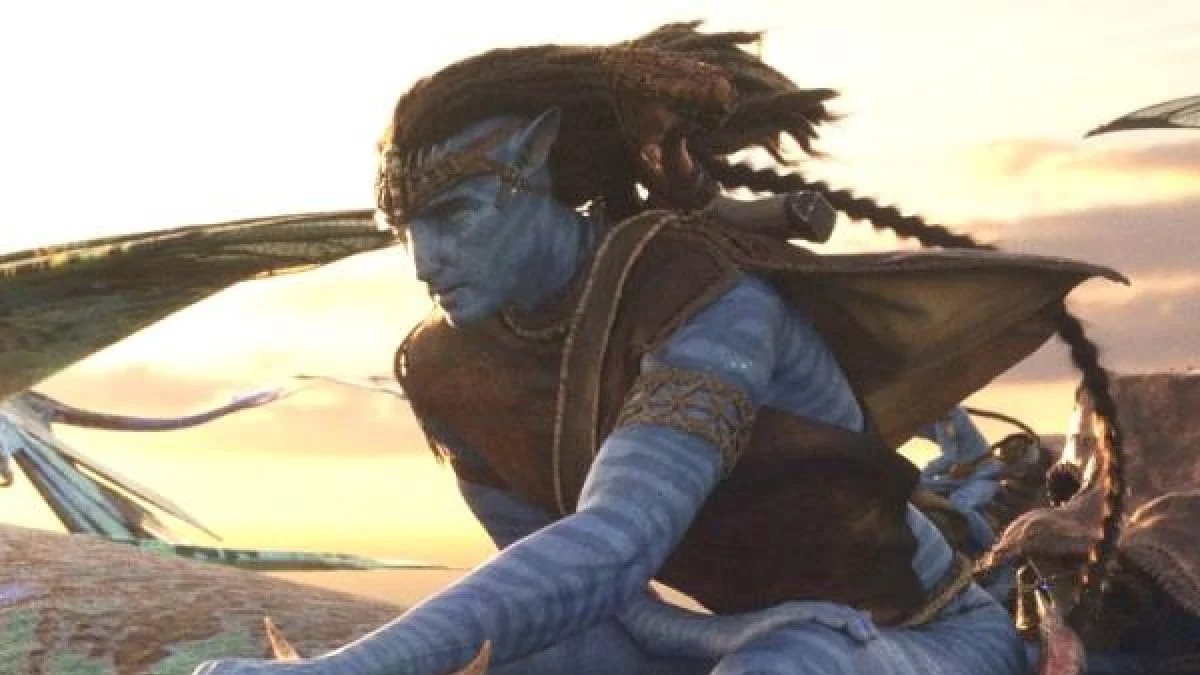 It’s been 13 years since James Cameron’s Avatar changed the way we view movies, as the first film featured dazzling visuals that are still talked about to this day. With time, though, many have come to wonder if there was anything more to the series than just its looks. Thankfully, Avatar: The Way of the Water proves a movie can be both beautiful and meaningful.

True to its title, Avatar: The Way of Water ditches the jungles of Pandora and heads seaward, throwing its growing cast of heroes on the foam-flecked shores of lands that are as new to them as they are to us. Over a decade after the events of Avatar, Jake Sully, his wife Neytiri, and their four children flee the jungle as an old enemy threatens all they know.

After it’s revealed that the humans have returned and are boasting some more new blue weapons, the group attempts to seek refuge with coastal tribes. Alongside hoping that their problems with the RDA (Resources Development Administration) are behind them, they also just want to make a home for themselves and live peacefully.

The sequel strives for more than an empty spectacle, as Avatar: The Way of Water places a surprising emphasis on family and parenthood throughout its entire runtime. The story is, in so many ways, an epic about kids teaching their parents and parents being open to those lessons.

We see this in multiple forms, whether it’s the chief of the coastal tribes reprimanding his son for how he treats foreigners or Jake trying to teach his children the meaning of survival and sticking together. We even get to see what it’s like for a human baby, Spider, to try and grow up and blend in with the Na’vi, as well as what happens when he’s reunited with his father and the complicated relationship they have.

Alongside Jack Champion’s noteworthy performance as Spider, Avatar: The Way of Water’s cast is definitely a step up from the first movie. The villain is charismatic, Jake’s kids are likable troublemakers, and Neytiri is an absolutely terrifying mother bear when it comes to protecting her cubs.

Sure, Sam Worthington’s turn as Jake Sully is about as milquetoast as he was in the first one, and the choice to cast Sigourney Weaver as her own child was weird. But even then, you could really feel that each actor was in touch with their character’s motivations and personalities, each of which are unique and interesting. Kiri, the oldest daughter of Jake and Neytiri possesses the extraordinary ability to tap into Eywa’s “consciousness” and control/harness living things and is a character that will undoubtedly prove even more important in the sequel.

Even with Worthington’s somewhat lacking performance, Jake Sully’s character has far more depth this time around, proving to be a stern, emotionally distant father, one whose notion of fatherhood is limited. To him, a father’s duties start and stop with protecting his children. By the end, though, he changes, realizing at last that understanding his kids is just as vital.

It’s a touching arc that helps transform Cameron’s sophomore outing on Pandora into an emotionally satisfying family movie. What’s more, the new characters also strengthen this aspect considerably by helping fans understand that the water is just as alive and in-tune to Eywa as the land or sky.

Along similar lines, the sequel feels like a love letter to parenthood as both a job and a joy; Cameron packs so much into its three-hour runtime that it sometimes looks as if he is going to try to cram the entire parenting experience into one movie. And while it stays focused and justifies most of its absurd length, there are definitely parts that are too long and feel bloated in places.

A three-hour runtime by itself isn’t a problem; it’s how Cameron uses that time. Scenes, moments, and dynamics that never amount to much, end up dragging for far too long, perhaps serving as an unintentional reminder that Cameron is more invested in this story than we are.

The writing is wobbly in crucial places, namely during one-on-one exchanges between certain characters and the Pandoran fauna they tame/befriend, coming off as hokey and overexplained, which ultimately detracts from any emotional impact these tender interactions may have had. The ending sequence, while cool, seems shoehorned in as a way to cause drama, as characters seem devoid of common sense with just about every action they take in the final sequence.

Overall, despite some hiccups, this feels much closer to the story Cameron has always wanted to tell. He is clearly invested in seeing this franchise through, and (didn’t think I’d say this) so am I. Avatar: The Way of Water is a visual triumph in nearly every way it can be, and if you’re willing to go for it, an experience worth seeing in the biggest, loudest theater possible.