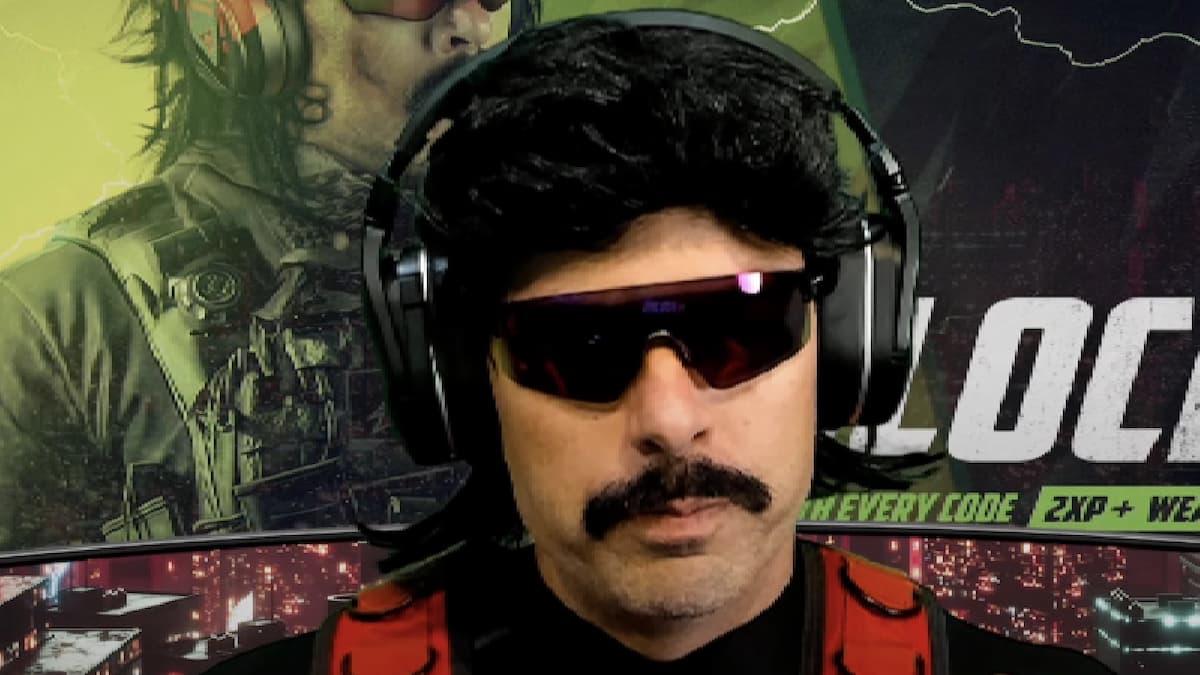 Image via Dr Disrespect on Twitch

It’s safe to say that Call of Duty: Modern Warfare 2’s recent launch hasn’t all been plain sailing. From a bunch of bugs and issues, complaints about its awful UI design, and even false player bans that are ruining the fun for some players, Activision’s latest entry in its long-running military shooter franchise is receiving a lot of backlash for many of its core design elements.

Adding insult to injury, we now have one of the most famous and iconic Call of Duty streamers, Dr. Disrespect, rage quitting live on stream and proceeding to uninstall Modern Warfare 2 to play Overwatch 2 instead so that he can “have some fun”. Go ahead and check out the footage down below:

As you can see, Dr. Disrespect is clearly not happy about the latest Call of Duty title, which is surprising given his synonymous nature with the IP. Interestingly, in other videos, the well-known streamer has gone on record citing lots of issues with the game.

Specifically, Dr. Disrespect takes aim at Modern Warfare 2’s low time to Kill (TTK), which he believes encourages campers to do what they do best: camp in a corner while taking potshots at those who’re rushing toward the objective. Additionally, he’s also not happy about the newly-implemented skill-based matchmaking (SBMM), which has been a hot topic of conversation amongst Call of Duty fans right now.

You see, with this new SBMM feature, players will be placed in lobbies with other players of a similar skill level. This means that if you’re playing really well, there’s a good chance that you’ll be matched up with competition that is also on form and playing well, too. In other words, with this new SBMM feature, you’ll likely always feel more challenged than in past Call of Duty games.

What’s truly interesting, though, is that other renowned streamers have also taken umbrage with the new matchmaking system. Tim the Tat Man, for instance, has gone on record, saying: “Can I be completely honest with you guys, if SBMM wasn’t a thing I would stream multiplayer.” In addition, another notable streamer, Nadia, is also struggling to perform competitively with the newly-implemented SBMM system by virtue of her less than stellar performances recently.

This brings us back to The Two-Time Champion and his comments criticizing the new SBMM feature. Thing is, streamers like Dr. Disrespect build much of their branding around being “the best” or being “super skilled” at Call of Duty, and in some ways, the more competitive nature of this newly-implemented SBMM feature is exposing a lot of streamers out there – including Dr. Disrespect – as perhaps not being as great as they want to present themselves in front of their audiences. There, I said it.

Sure, while the Two-Time Champion will claim that the newly-implemented SBMM is ruining the Call of Duty experience, the truth is likely more to do with the fact that it’s really just a little embarrassing for him to get trounced by the competition when he’s being matched up with players that are on a similar skill level to him. In other words, gone are the days when sweats trample all over the noobs. Instead, sweats are getting matched up with other sweats, and if you’re a streamer that is just not a good look for your brand and business.

Hey, maybe I’m just being cynical, but on paper, SBMM sounds like a potentially welcome feature to me. Yes, Infinity Ward may need to look into re-balancing how aggressive SBMM is in its current form, and maybe the window of skill should be wider, but the core idea behind it isn’t terrible. Clearly, to many streamers out there, including Dr. Disrespect, this new addition is… disrespecting them, which is ironic when you really think about it, right?