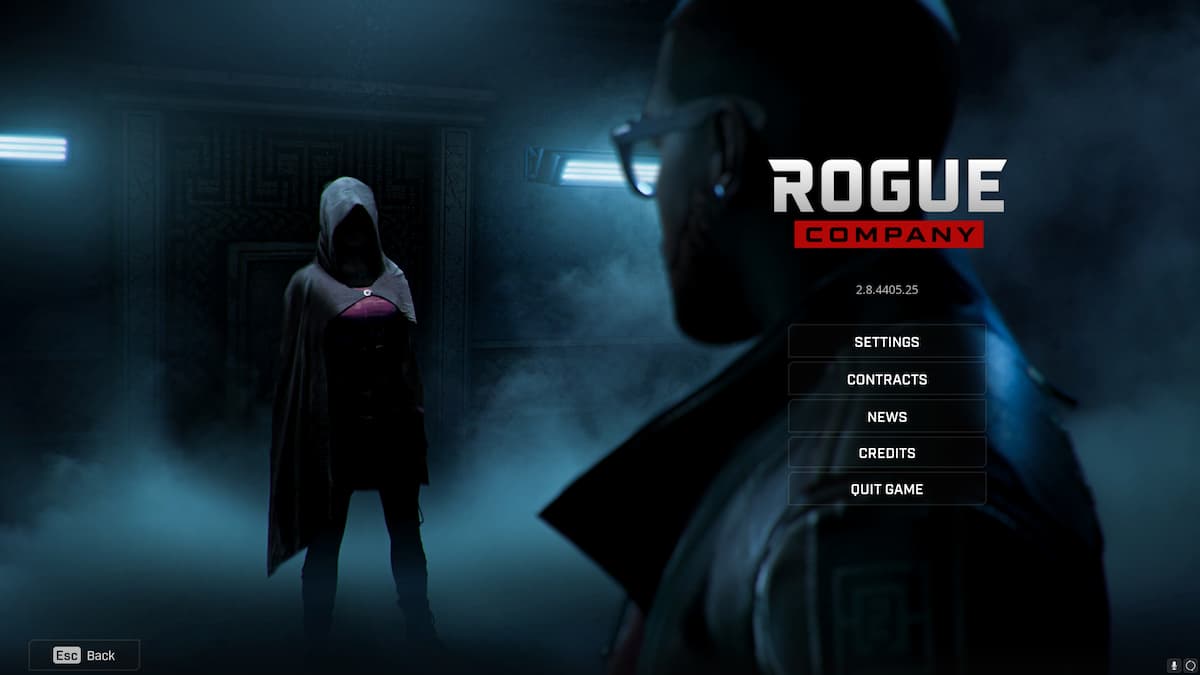 Rogue Company is one of the most popular competitive shooters on the market. Understanding which weapons put players at the top is important if you want to be dominant in the game’s current meta. Different Rogues use different weapons, but it’s always important to know what can give you the edge. Here are the absolute best weapons to use in Rogue Company, ranked.

Most people are aware that a pistol is, generally, never a competitive pick; with that said, what the LW6 Revolver provides is pure entertainment. There is truly nothing more rewarding to land great shots with, and whenever you do the damage is substantial. Out of ammo and need to make a quick play? Pull out the LW6 and make your shots count.

There is a widely held opinion that the MLX is the better of the two available LMGs. The MLX LMG has a faster fire rate and the larger magazine seems to feel better in most situations. This is not to say the Conviction does not have its place. With all the changes, buffs, and nerfs, to the weapons over time it is fair to say one can use either safely. With that said, MLX still gets the edge here, but overall is not as useful as other weapons.

Lacking the versatility in range that the LMP-X possesses, the Knight is unbeatable in extremely close distances. Land your shots, and you will win 90 percent of engagements. Compared directly to the LMP-X shows an inability to truly compare to ARs at mid-range, where the LMP-X can hold its own. Despite this shortcoming, it demonstrates the exact qualities any great SMG should have.

The only shotgun in the game capable of nearly one-tapping a player, the Arbitrator reserves some value for that reason alone. With a quick, solid shot, you can end a 1v1 engagement instantly at the right moments– and that’s always going to have a place in competitive shooters. While considered outclassed by the Striker in the majority of situations, players should still respect the ability of this shotgun in turning a game.

No doubt about it, some of the best weapons in the game require the most skill to use. The Devotion is a headshot machine, your ability to 1vX is completely determined by your ability to use the gun effectively. Zone in on your mouse DPI and sensitivity, hop in a lobby, and give it a try– you won’t be disappointed.

The legendary version of the Striker is too good to pass up as first place. Sporting a massive magazine capacity and the ability to shred through multiple players is the preferable alternative to the Arbitrator’s higher damage and two shots. Either weapon is still entirely viable, but the Striker sits as the king of shotguns.

Which sniper is best is truly dependent on the Rogue you plan on playing: it is more important, as far as snipers are concerned, to have a character you prefer over the sniper. However, the LR15 rewards aim and a maxed-out variant can one-shot just about everyone in the game– provided it is a headshot. You may find it hard to argue with that.

The Hydra is another 20-round capacity assault rifle, and if it were not for the Sahara this gun would be king. Where major differences lie are within the recoil, fire rate, and range: the Sahara simply performs better than this gun in more situations. If you can handle the recoil, the Hydra makes for a close second place in the assault rifle category, and in some specific situations, it may even be number 1.

In many first-person shooters, competitive players rely on guns with less recoil as they allow you to place more rounds on the target and more consistently. Rogue Company is no exception, really, and the LMP-X provides a superior range and laser-like recoil. Enjoy melting targets from a variety of distances as long as your crosshair is on the target.

The Sahara assault rifle is no doubt the best assault rifle in the game, limited only by its magazine size. However, with some accurate shots and practice, it has an extremely fast TTK. One or two headshots and the opponents will melt. Essentially, show some efficiency with the ammunition and you’ll win trades convincingly.

Provided were the absolute best weapons to use in Rogue Company, ranked for your convenience. However, the guns will only ever be as accurate as the player! If you are truly interested in getting better at any game, you will have to dial in on your preferred mouse DPI, in-game sensitivity, and crosshair settings. Here is one guide that can get you started, it provides detailed information on how to fine-tune your crosshair for Overwatch 2.