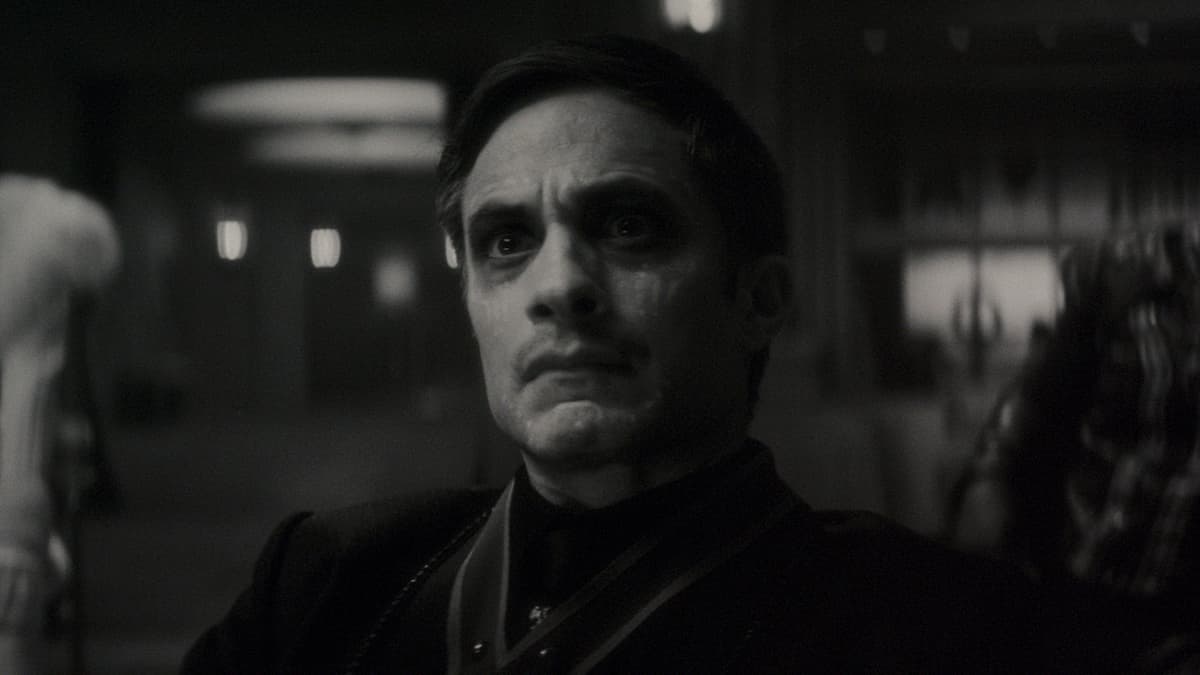 Marvel is expanding itself even further into the spooky and bizarre corner of the MCU with Marvel Studios’ Special Presentation: Werewolf by Night, but is the special worth checking out when it releases this weekend on Disney+? I mean, this special is unlike anything the MCU has ever done before, so that may be a bit offputting. Nonetheless, I am here to tell you that this is a tremendous change of pace for the MCU and that I can’t wait to see the discourse that emerges in the coming weeks.

Werewolf by Night is about a group of monster hunters who meet one night to hunt a monster in order to obtain a powerful relic. However, the group might be in for more than they bargained for when the real monster reveals itself.

Werewolf by Night is nowhere near your standard MCU installment, which is great to see because even though we have had movies and shows bring in other styles of entertainment, it almost always ends up feeling like a superhero project at the end of the day. Movies and shows like WandaVision, Eternals, and Doctor Strange 2 tried to shake up the MCU, but couldn’t help but feel like a comic book project, at least in certain parts. Werewolf by Night on the other hand always feels as though this is something completely different.

It’s interesting that the MCU is in particular expanding into a horror direction, which obviously Werewolf by Night best exemplifies. First, we had witches with WandaVision and Doctor Strange 2, then mummies with Moon Knight, and now we have werewolves. We’re even soon set to have full-on vampires with Blade. It’s a fascinating direction to take a part of the MCU franchise into, but one that I have complete confidence in after seeing Werewolf by Night.

Important to note is that this special does not connect to any previous Marvel projects in any sort of meaningful way. Thus, while it does set up multiple characters who will likely be significant in the future, there is no need to watch any other MCU movies or shows before watching Werewolf by Night. I want to make that clear for people who may be expecting big things here in order to make sure that you temper your expectations before viewing.

The immediate standout element of Werewolf by Night is the mixture of the score and how visually stunning the presentation is. The whole special is in black and white, a choice that I believe was definitely the right one, as it not only makes the visuals even more striking but it also makes the homage to 30s and 40s horror feel even clearer. As I also mentioned though, the score here is absolutely incredible. It does its job to perfection by feeling incredibly atmospheric while also giving the charm and terror of these earlier types of horror movies to which the special is paying tribute.

The only problem that I had going into the special had to do with the way it was shot. Marvel Studios had decided not to shoot Werewolf by Night using film, which is the one thing that stops the special from feeling as authentic as it could be. However, I have come around on this decision for two reasons, one being that it does make the special feel less disconnected from the MCU at large. The other reason though, and honestly the more significant reason, is something that happens towards the end of the special that is extremely fun, but unfortunately I can’t mention it here, as you need to experience it for yourself without being spoiled.

Speaking of the score and visuals, I’d be remiss not to mention Michael Giacchino, the man who is both the director and the composer for Werewolf by Night. Giacchino has composed for numerous movies, including previous MCU films such as Doctor Strange and the Tom Holland Spider-Man movies. However, this is his first major directing gig, and boy oh boy did he come to play. You don’t really hear about composers becoming directors, but here it certainly works, with one reason possibly being how integral sound is to horror movies. The score of a horror movie is one of the biggest elements of most horror movies, so having someone so familiar with sound, is likely a large reason as to how the horror of the special presentation feels so great.

As for the cast of Werewolf by Night, there’s really only a focus on two characters, Gael Garcia Bernal who plays Jack Russell and Laura Donnelly who plays Elsa Bloodstone. Bernal is great and is the standout performance of the special. Although, I did grow to like Donnelly, even if her version of the character is vastly different from how the comic book version acts. To be fair though, I don’t think this type of script allowed her to act like her comic book counterpart, but if we ever see Elsa in some other kind of project, I think there’s room for Donnelly to become more like that version.

Werewolf by Night is on the shorter side, clocking in at 52 minutes long, with four to five of that being credits, so really, the special is around 47-48 minutes. The special presentation doesn’t waste any of its runtime, with each and every minute used to great effect. The Halloween special is set to release this week on Friday, Oct. 7 at Midnight Pacific Time, just in time to watch for this spooky time of year, and I can’t recommend enough that it is worth your time during the season of scares.