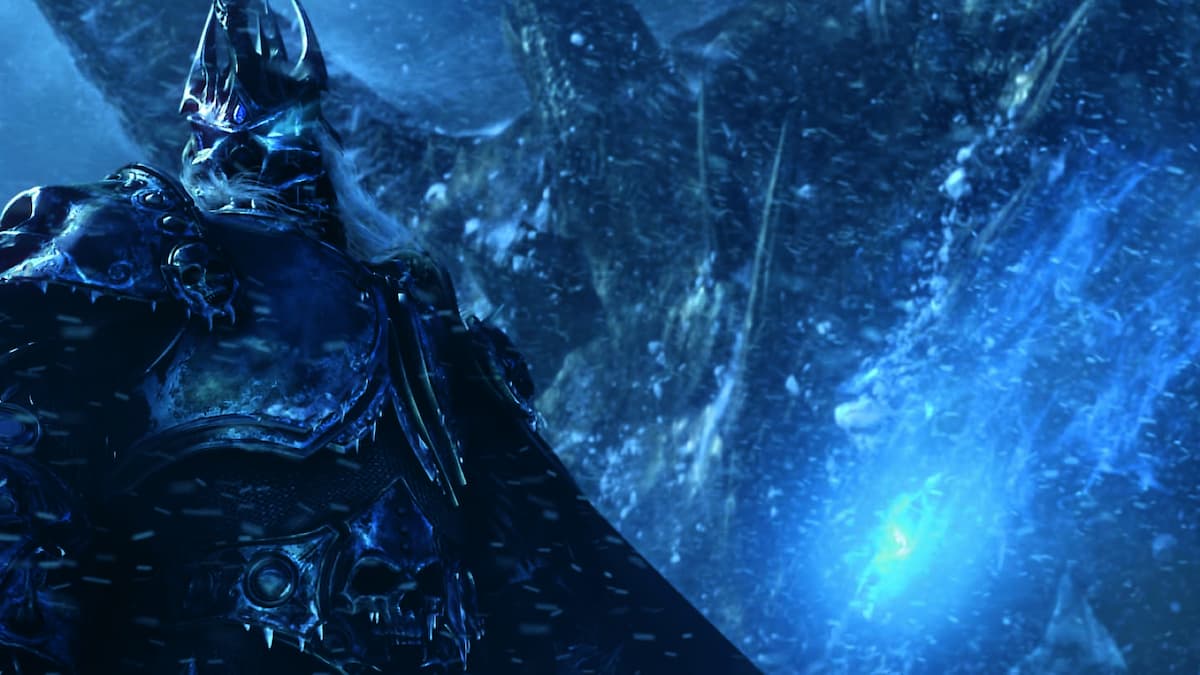 With the release of Classic Wrath of the Lich King fast approaching, there is a lot of buzz and nostalgic excitement circling the WoW community.

We sat down with Associate Production Director Clay Stone and Senior Software Engineer Kevin Vigue to discuss the future of classic WoW, what they are doing to make sure the player’s experience isn’t riddled with bots as well as got to hear some stories of their favorite moments and feelings from WotLK.

Zachery: I wanted to touch on the recent surveys about what players want to see post Wrath. Do you feel like post Wrath, you would trail behind retail, update classic in parallel to retail, or even just leave that decision entirely up to the community?

Clayton Stone: Yeah, this is a great question, and I’m sure you can imagine this is a major discussion point for us at Blizzard. We are sincere when we say that we are looking to the community to find out what players want to do with their characters once they have defeated the Lich King. Where do they wanna take their characters after that? There have been other experiences we have developed in the past, like the season of mastery that we did, but when we look to the future, we are keeping a very close eye on what the community and players are saying.

Obviously, we’ve been very focused on Wrath of the Lich King, but when we think beyond that, we like to look at the pillars for why we released WoW classic in the first place. There was an appetite for it from players and certainly a desire to do it, and it’s been incredible to see how many players have come back or experienced it for the first time.

Some of the different core tenets of it that it’s been great to see flourish is really that sense of social and that sense of community that players have found in replaying WoW classic and Burning Crusade and, we hope, in Wrath, so I think when we think about what’s to come next, we definitely want to look at it through that lens and, ‘how do we maintain that lens’ and, ‘how do we ensure this classic experience is providing something different than what this mainline experience does.’

We think it’s incredible that we are able to provide both of these experiences with one WoW subscription, so finding a way to differentiate between them is important going forward.

Zachery: I wanted to ask about an issue that I’ve personally noticed, and that a lot of the community has as well, especially going into the pre-patch. Everyone has seen the trail of death knights going through Ironforge. What kind of impact do you feel these bots will have on the economy, and how do you feel you can combat them going forward?

Kevin Vigue: That’s a really tough question because the reality is that the bot battle is a constant arms race. I’ll say briefly that it’s tough because we do a lot to combat them; we do lots of bans and ban waves on them. There are just a lot of bots. That’s kinda the reality, it’s just an arms race between us and them. I don’t wanna give away the details is why I’m being a bit cagey here, but we do have some new stuff that we have been doing since the pre-patch. We’ve found this has been very effective for catching some of the more, let’s say, egregious bots and how they are exploiting the economy. It’s a constant battle, and there’s no easy answer, I will say we have an entire team of people dedicated to this, and they do a great job of it, but this is a constant uphill battle both ways in the snow to combat these bots. Anything to add Clayton?

Clayton Stone: I guess I wanted to acknowledge that we see it and that we are working on it to the best of our ability. I have found one interesting thing from my time on the project has been that when it comes to actually impacting the economy and impacting the player base. Sometimes our ability to be able to stop bot accounts that come up happen after creation, but before they have a real impact in a negative sense on the player base and player economy.

So, from my own perspective, when I was learning about it, I thought, “why don’t we just stop them immediately,” but it can take a little bit of time. I feel confident that the team is doing a good job to the point that- we’ve been able to take action on those accounts and those characters before they’ve had a significant negative impact. That’s something we’re going to just continue to work on and improve.

Zachery: I always love hearing the stories that players usually don’t get to, either the ‘oops, I broke it’ moments, or just internal developer commentary. You put your heart and soul into this game, so what is the most exciting thing that you just cannot wait for in Wrath? Either something you want to play, a raid you want to run, or even just the general anxiety from releasing Wrath of the Lich King?

Clayton Stone: I can’t believe that it’s finally coming out in just a few days. It’s wild to think, I know we talked about that earlier, but the team has really put their heart and soul into this. So much work goes into recreating the game and keeping that spirit of classic Wrath of the Lich intact for the player base.

So when I think about my own time with Wrath, I did not have the privilege of playing right from the start, right when Wrath originally launched. I came to the content-I came to Northrend after all of the content had been released, but all of that was already there, and flying had already been unlocked, so it was definitely later.

So, when I think about just in a few days here, I’ll be able to start from day one with my brand new death knight that I rolled to get the mount, that I’m going to be able to quest alongside all the players in Northrend from the beginning to experience the roll-out of that content as it was originally rolled out, I’ve been thrilled. I mean, these are some of the most epic zones Blizzard has ever created, with storylines in each one and a narrative progression through the expansion. Just being able to experience that fresh with the player base is what I am most excited about.

Kevin Vigue: I’ll give this question a shot as well. When we were first doing the expansion, the process of building a new classic expansion. There’s a lot of groundwork we have to go through in order to get things up thing running. I alluded earlier that we had to take the original data and get it aligned with the new code. It takes a lot of time to where you can even get into the game and have things still crashing left or right around us. In one of our earliest playtests, as background, I always play Horde, “for the dark lady,” and stuff like that. When we were doing one of our earliest playtests, it was decided we would play Alliance, and I said, “fine, okay, I’ll play alliance just this once for you guys,” and we were going to play Alliance and do Howling Fjord, sure.

I got on that boat to go to Howling Fjord and, I have never done the alliance intro to Howling Fjord before, but your boat goes through these, kinda like these huge cliffs on both sides of you. You’re going through this giant valley where these twists and turns, so you can’t see what’s in front of you, and there’s this burning Vrykul ship hanging above you, where the Vrykuls have captured this ship or something like that. I was just- it really took me back to what a cool continent Northrend is, and that sense of scale you get, and the different zones you get as you’re leveling up.

Eventually, the ship comes into this open area, and the valley opens up, and you see Utgard Keep there the giant VyKule citadel, and it’s looming over you, and looming over these giant cliffs that were already looming over you, and you land in this makeshift camp in the lowest point of the zone, and it’s like, “welp we have our work cut out for us.” Like, this is the Lich Kings domain; you are going through all these massive zones. Dragonblight is filled with these massive buildings, Zul’Drak is also massive.

Storm Peaks is one of my favorite zones. The sense of scale there, and just going through that experience again on the ground, is something that I had forgotten how cool that was since I haven’t done it since 2008, and I was like, ‘man, this is conjuring up those same memories. It feels like I’m an adventurer ready to go through Warcraft. I mean, I could answer what are you most excited for players to see in 20 different ways personally. That’s what I’m most excited to see, though, personally, so really looking forward to that.

Zachery: So I know we were talking about server identity, which is something I love, I know In my time playing throughout WoW, up until my current retail account, I’ve always played on Sargeras, which has a questionable reputation. What is your favorite micro-community in WoW right now or community niche that you’ve seen?

Kevin Vigue: So I play on Grobbulus, which is an RP-PVP server. I’m not a roleplayer in a traditional sense, but I think it’s a cool server because anyone whos willing to roll on a server with an RP tag is a pretty cool person by default, even if they aren’t an RPer.

It’s cool just going around the world and leveling, and like, going to Booty Bay and seeing people who are RPing. we were in Silvermoon a while back, and there were people who, you could have told me they were NPCs, and their armor sets were so unbelievably blood elf, and they were in this blood elf garb, having a discussion in the middle of town, and I was like, “this is really cool.”

There was a time when the auction house had to be disabled for some reason, and going into Burning Crusade launch, or well, I forgot the time period, but we disabled the auction house for a few days, and players held a flea market in the tunnel going into Orgrimmar. Where everyone was hocking their wares, that was just like- it’s one of those things where you’re like, “this is such a cool group of people.”

It also speaks to the social elements, they manifest themselves in a lot of ways. It’s not, ”did you become best friends with this person at the end of the dungeon” it’s more like, “did you have a nice conversation, did they enrich your experience by like just being there, or doing something funny in the world” and that’s something you get a lot of in the classic servers. So yeah, definitely a lot of fun.

WoW classic is currently available and bundled with WoW retail subscriptions. Feel free to hop in and make new memories, or just enjoy the nostalgia of revisiting the Lich Kings domain on September 26. Azeroth could always use more heroes. 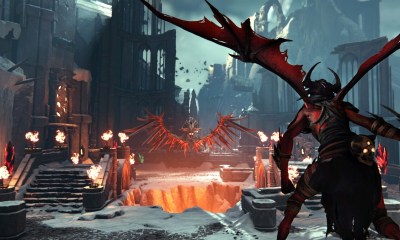 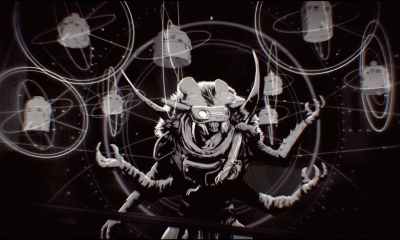