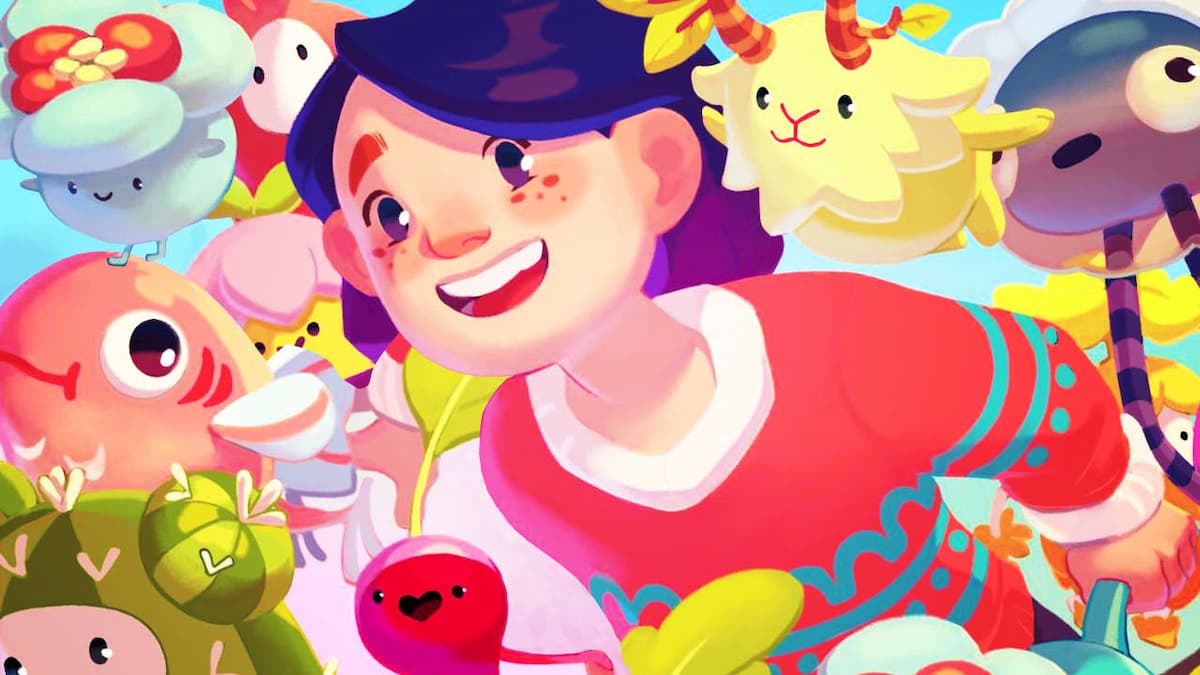 There’s a certain charm to farming and life sim games. There’s just something so incredibly appealing about living a quiet life somewhere, undisturbed, where you can tend to your crops, raise animals, and eventually become a self-sufficient produce monolith. Ooblets leans hard into that idea, bringing enough innovation and uniqueness to what should be a very predictable formula, and it should be lauded for that even if it does fall short in some aspects.

As the game starts, you learn that you’re playing a character who’s just moved to Badgetown. You’re finally leaving whatever backwater island you grew up on, and you know it’s backwater because they don’t even have any Ooblets where you’re from. After meeting a few of Badgetown’s residents and getting acquainted with the lovely Mayor Tinstle, your farm life begins.

Right off the bat, I was immediately surprised by how overwhelming Ooblets was. Most farming games tend to ease you into your new life, giving you a few freebie seeds to plant before showing you how to start raking in the cash. Ooblets isn’t very forthcoming in these early hours, and you’re immediately left to your own devices as you try to figure out how to make a living here.

Money, or Gummies as they’re referred to here, is extremely hard to come by in those early hours. Seeds are expensive, furniture is expensive, clothing is expensive, food is expensive, and your character’s energy bar is tiny. Everything in Badgetown is so damn expensive and when you’re too tired or weak to get a ton of work done in a day, making a living in Ooblets feels impossibly hard. Stardew Valley, this is not.

Indeed, I found myself getting stressed out as Mayor Tinstle soon started assigning various tasks for me to handle. I needed to gather complete delivery orders at Plenny’s but Clothlets are so rare and difficult to get. I needed to repair the printing press for Arah, but I didn’t have enough energy to break all the rocks on my farmland to get the Nurnies I needed. The tasks started to rack up, I got even more stressed out. Until eventually, I realized that I just needed to take things at my own pace.

The charming thing about Ooblets is that despite the shockingly tough first few hours, the game does a great job of calming you down and encouraging you to just chill the hell out. The colorful cotton candy aesthetic of Badgetown and the other regions is endlessly appealing, and as I meandered through the town square trying to look for that last piece of Clothlet, one of its residents finally told me to slow down and just take things one day at a time.

Ooblets doesn’t put a strict timeline on anything. While the game does overwhelm you with things to do at the beginning, once you accept that you just can’t rush anything in Badgetown, things get a lot more enjoyable. I soon realized that I needed to live the way Badgetown’s residents live. Taffy, for instance, spends their days dancing around the town square, while others just sit around and look pretty. The residents aren’t in a rush to do anything, and neither should you be.

Eventually your farm will grow, and so too will your Ooblet party. Ooblets are adorable little Pokemon-like creatures that you can collect by taking part in epic dance-offs with them. This is where the game’s RPG-like elements come into play, as you’ll encounter random Ooblets wandering around town, and if you choose to dance with them and win, you’ll then get a seed that you can plant on your farm and have it sprout into a new Ooblet.

The dance battles are wonderfully quirky just like the rest of the game, but they also proved to be surprisingly strategic in how they play out. Dance-offs require both teams to hit a certain point threshold in order to win, and you’ll draw random cards in each turn that will allow you to gain points, steal points from your opponent, or apply various buffs and debuffs. While the “combat” certainly isn’t the focus of Ooblets, I found myself looking forward to these each day as it was always fun trying to figure out the best way to increase my score multiplier to win the dance-offs efficiently. Plus, the music is catchy and it’s always funny to watch the opposing Ooblets literally fart out a seed when they lose.

With more Ooblets at your disposal, you’ll be able to assign them to various tasks on your farm, and keep them cozy in Oobcoops that you’ve built. On rainy days, you have a chance of encountering Gleamy Ooblets as well –think of these as the Ooblets equivalent of Shiny Pokemon– which will perform better with farm tasks, and also spawn rarer materials for you to pick up. Before you know it, your farm will start looking a lot like a well-oiled machine with Ooblets operating various types of machinery and helping to tend to your crops for you.

What was really surprising about the game was just how big it revealed itself to be over time. As alluded to previously, it’s really slow going at the start, but keep sticking with it, and you’ll start to see just how much there is to explore here. There are multiple zones to check out, and they all come with new Ooblets and seeds to collect. All good farming life sims will eventually reach a point where you’ve finally exhausted all the new content and you’ve spoken with every NPC in the game and collected every Ooblet there is to find, but the journey is still one that’s worth taking.

Now for the boring stuff. As far as game performance goes, Ooblets ran wonderfully on the Switch, though I will note that the load times were just a tad too long for my liking. Starting and loading up the game takes a while, and even just loading between zones feels like it took longer than it should. Gamepad controls work just fine, though menu navigation can feel a bit clunky at first, especially since the game starts you off with a very small toolbar.

Don’t let any of these things sway you from getting Ooblets if you’re looking for a good farming sim to get into, however. As much as I wish the Switch port ran just a bit better, it’s still an excellent game to take with you on the go, or on the couch if you just want a cozy game to chill with on a Friday night.

My time with Ooblets started off rocky, and while it did take a while for me to get into the groove of things and finally settle into the comfy farm life that I so desperately crave from these games, I’m glad I stuck with it. And just like Stardew Valley, Ooblets 1.0 definitely has the potential to keep growing and expanding beyond its current scope. It’s a fantastic farming sim as is, but the real excitement comes from what it could eventually become in the future.