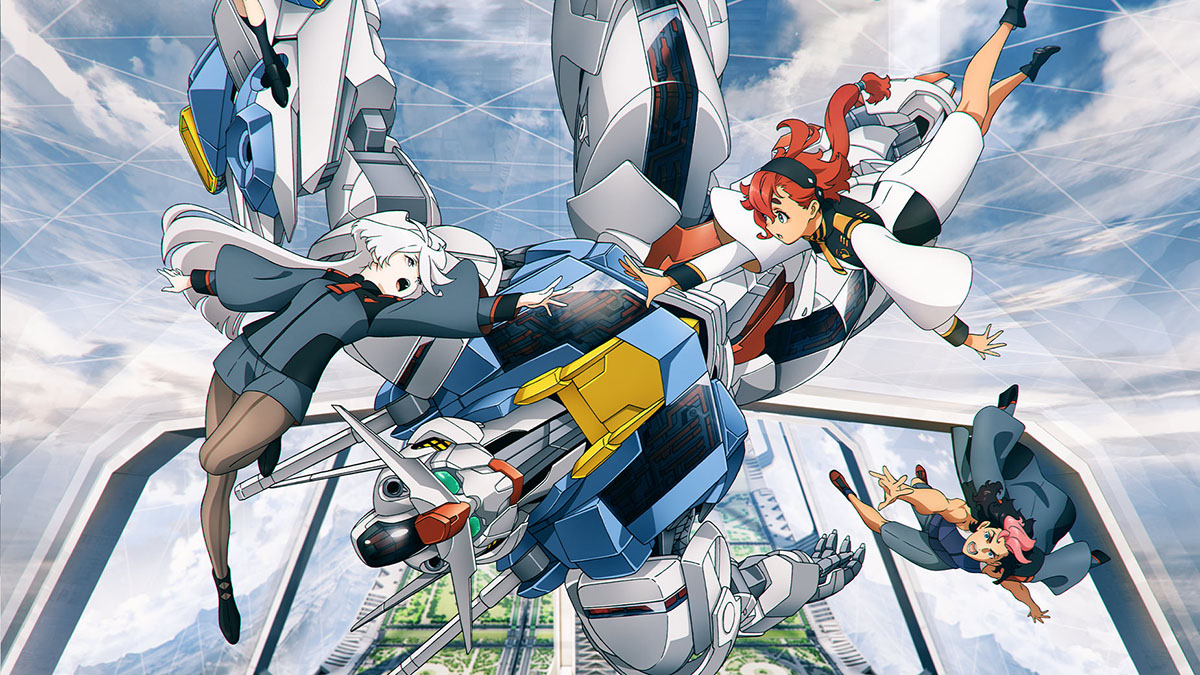 The trailer provides a look at the main characters that we’ll meet in this new Gundam series, alongside some of the mobile suits.

The debut of The Witch from Mercury is an important milestone for Gundam fans, as it marks the first mainline Gundam TV series aired since Mobile Suit Gundam: Iron-Blooded Orphans.

You can watch the trailer below. If you want to see more, you should definitely watch the prologue episode that was aired a few days ago.

Here’s how the series is officially described by Sunrise.

An era when a multitude of corporations have entered space and built a huge economic system.
A lone girl from the remote planet Mercury transfers to the Asticassia School of Technology,
run by the Beneritt Group which dominates the mobile suit industry.

Her name is Suletta Mercury.
With a scarlet light burning in her pure heart,
this girl walks step by step through a new world.

When Does Mobile Suit Gundam the Witch from Mercury Come Out?

Mobile Suit Gundam the Witch from Mercury will be aired starting on Sunday, October 28, 2022, with the usual weekly episode. It will also be simulcasted in the west.