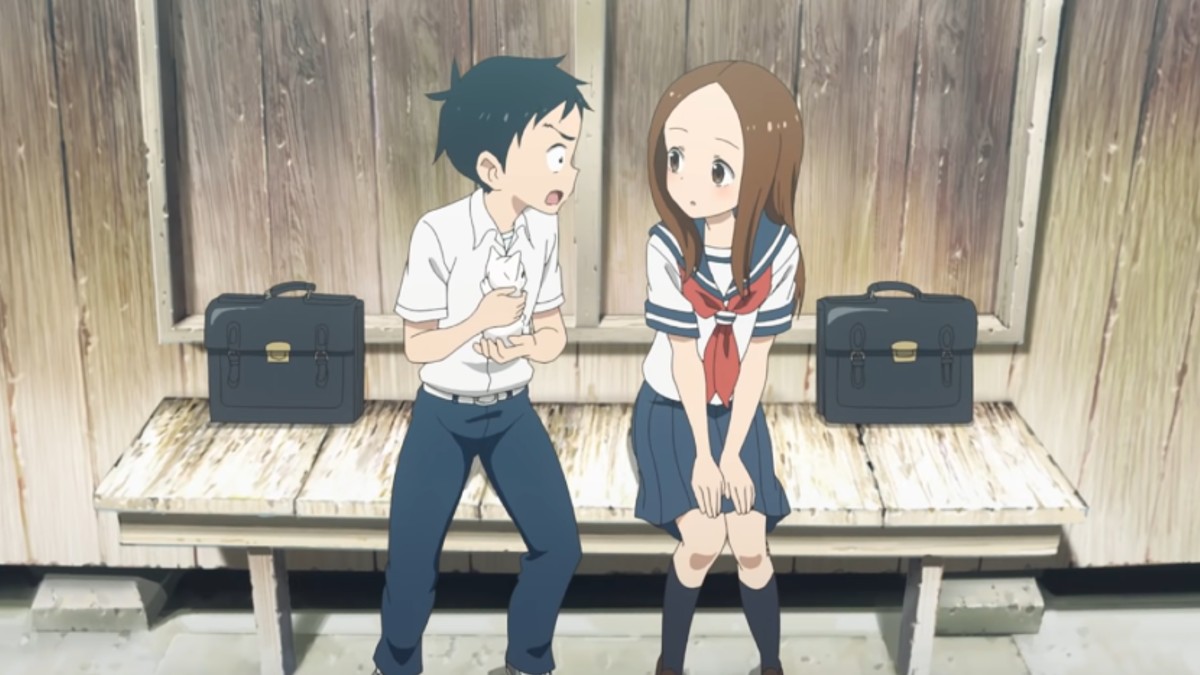 Today, TOHO animation released a brand new, full-length trailer for the upcoming film release of Teasing Master Takagi-san. In the trailer, we see a little bit behind the plot of the upcoming film, which sees Takagi and Nishikata finding a cat just before their summer vacation.

Just like the television version of the anime, the plot will once again revolve around the back-and-forth nature of the two, as they get into hijinks and continue to grow together. You can check out the general description for the anime’s premise and the official trailer right down below:

Tired of being mercilessly teased by his classmate Takagi, Nishikata has vowed to get her back and successfully tease the girl that’s made him blush countless times. After all, if you blush, you lose! But getting vengeance isn’t so easy when every attempt blows up in his face. Will Nishikata ever make Takagi blush or will he gain something more fulfilling from his bumbling attempts?

The staff for Teasing Master Takagi-san Movie has also been confirmed, with many of the names responsible for the anime returning:

Teasing Master Takagi-san is set to release on June 10, 2022. If you’re still on the hunt for more anime content, be sure to check out all of the news, features, and quizzes we’ve got in the related articles section right down below.