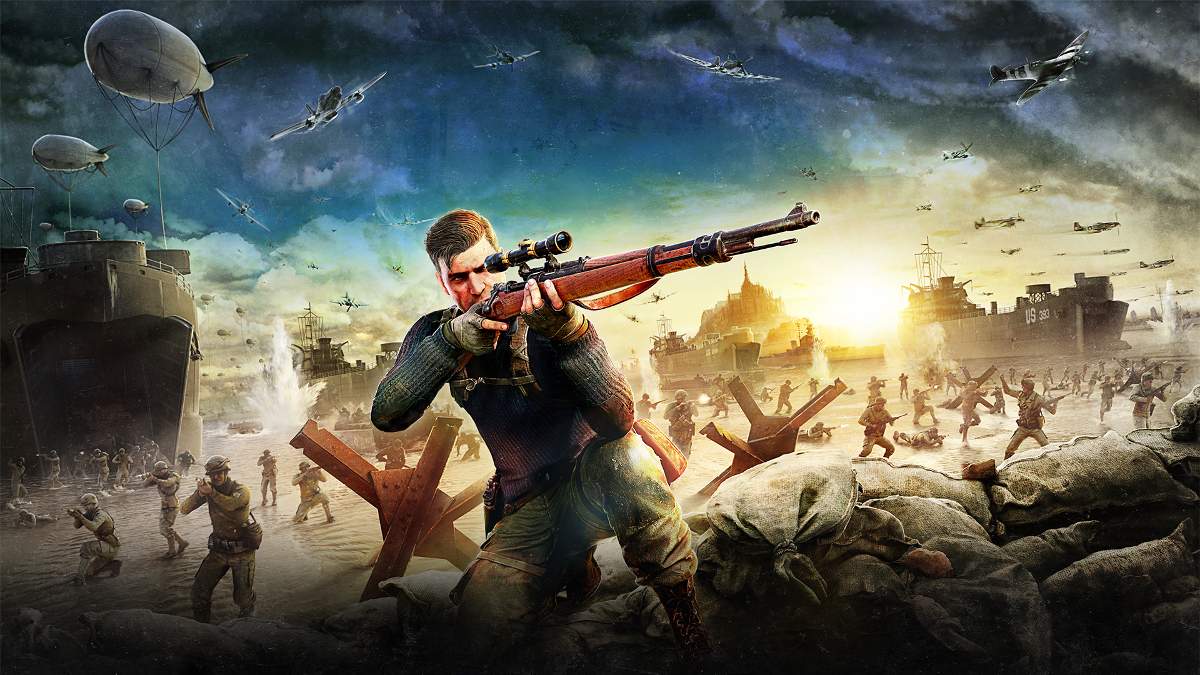 Sniper Elite 5 on Xbox One

In 2017, Sniper Elite 4 pushed all the right buttons for me. Its combat was simple yet satisfying –especially the kill cams– and its open world featured just enough explorative elements to help set it apart from other sniper games. Unfortunately, it is no longer 2017, something that Sniper Elite 5 didn’t get the memo on.

The plot of Sniper Elite 5 picks up in 1944, as players once again take control of Karl Fairburne, an elite sniper from the Allied Powers. This time around, his mission is to destroy the secret Nazi project known as “Project Kraken.”

Similar to Sniper Elite 4, the story isn’t really anything to write home about, as it features the usual patriotic plotline and dialogue that most WWII games are known for. As always, the real meat and potatoes of the games comes down to sniping.

After the tutorial section was over on the introduction level, my first goal was to see if anything major had changed with how the sniping mechanics felt and worked. To do this, I wanted to find a good vantage point on the map or find the highest accessible area and set up shop. After going to the first vantage point, a bunker on the coast, I was a bit disappointed.

From the bunker, I was only able to spot and find about four enemies, despite the locale being pretty open. After taking out these Nazis under cover of cannon fire, I relocated to a church that was located in the center of the nearby town. After climbing to the top, I was again met with frustration.

Instead of having a full 360 view of the surrounding area via either a belltower or attic perch, the church offered very little in terms of lines-of-sights on enemies. In fact, the bars on the small windows and the angles at which other openings sat meant I didn’t kill a single person from what should have been an excellent spot.

Sniper Elite 5’s level design really failed to take advantage of adding in more vantage points or points of interest to snipe from with a lot of its environments. I was really hoping that the new traversal mechanics would work in tandem with this, adding in a lot of hidden spots that could only be accessed by paying attention to the terrain.

Instead, I just found myself climbing vines that felt more like shortcuts rather than secret sniping areas that would let me channel my inner Simo Hayha. The traversal mechanics also only applied to certain interactable areas, meaning that climbing up the many jagged hills and prickly bushes that made up the open world was still not possible. This made trying to sneak around levels feel frustratingly linear despite the open nature of the setting.

Whenever I was able to get into an open area, sniping was enjoyable, at least for a short while. During my first few hours with Sniper Elite 5, I felt that similar rush of action that the game was so good at eliciting in previous installments.

Masking your shot with environmental sounds and executing a brilliant headshot from a mile away really is a satisfying feeling. Even though I was having fun, it wasn’t long before some of the more annoying issues that Sniper Elite 4 had reared their ugly head.

Regardless of what difficulty you’re on, enemies are able to pinpoint your location pretty easily, even with the use of subsonic ammo. More often than not, this results in Fairburne just posted up on a random hillside, taking out enemies as they scurry slowly toward him with their bat-like sonar.

While I definitely enjoyed doing this from time to time in Sniper Elite 4, I found this situation, or even a full-on firefight with automatic weapons, happening a lot more in Sniper Elite 5. I honestly feel like I used my MP4 more than I used my sniper rifle in a lot of missions due to how densely populated some areas were. The gameplay just feels tailored less to sniping and more to overall gunplay.

Considering that Rebellion added over 200 pieces of weaponry to unlock and customize, allowing you to mix up everything from scopes to damage at workbenches, the push toward more varied combat does at least make a little sense. The problem is that the game does not feel good when you aren’t sniping.

Just about every other gun that isn’t a sniper feels stiff and rigid when used, especially when compared to other modern shooters like Call of Duty: Vanguard and Titanfall 2. Movement, aiming, and firing just aren’t as fluid as they should be when compared to those games. If Sniper Elite 5 focused more on sniping and implemented less weapon variation, these comparisons could easily be avoided.

Another trait that carried over from previous games is the lack of linearity in the mission structure also just didn’t work, mostly because the levels are large areas that are devoid of personality. Instead of sneaking into bases, castles, or anything of note, many levels are countrysides with enemies and random side objectives scattered about.

Now, if the side missions were more than just go here and blow up this with a satchel charge, then maybe the world would feel a bit more alive. When it comes down to it, though, these kinds of fetch quests make up the mission structure of even the main objectives in Sniper Elite 5, and things get pretty stagnant as a result.

The “observe, plan, and execute” stealth montra the series built its success on just isn’t really there anymore, at least when it comes to its single-player. Now it is just about going in guns blazing, even if that means blazing with a sniper from miles away.

The brightest spot of Sniper Elite 5’s new additions come with its multiplayer features. Each of the four game modes were a blast to play, thanks to the bevy of customization options that let you set round limits, kills, and weapon types, and all with full cross-play compatibility.

The new invasion mode is also pretty fun, as it’s really satisfying to stalk other players amidst their single-player campaigns while also trying to survive your own. Invasion is almost identical to that of Deathloop, as the allied player is given an alert when a player enters their game. Once in, the only way each player is able to tell the other’s position is to use the focus mechanic, which brings up a general compass-like circular direction on the map.

If neither player makes a move after a period of time, the map will reveal each person’s location, resulting in a sniping showdown or a sprint to get the drop on the other player first from close range. It’s a really simple but fun mechanic that I found myself enjoying considerably more than the game’s single-player mode.

In the end, Sniper Elite 5 is by no means a terrible game. In fact, if you love the series and wanted nothing to change from the previous installment, then you’ll be more than satisfied. As someone who has played enough of the series in the past and was hoping for a little more growth, I was thoroughly disappointed.

The gameplay mechanics and open world that felt fresh and fun in 2017 now feel outdated and stale. Combine this with levels that lack interesting vantage points or unique ways to kill enemies, and it wasn’t long before my immersion into the wacky world of Sniper Elite 5 went up in smoke.