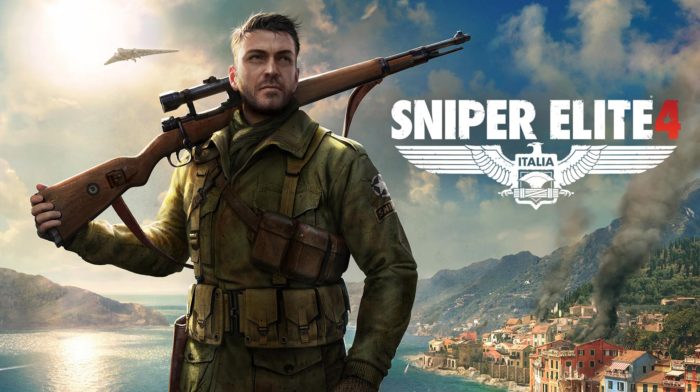 Sniper Elite 4 On Xbox One

If there’s one thing that truly exemplifies the spirit of Sniper Elite, it’s the sight of an enemy meeting their end through the gloriously brutal kill cams that the games are well known for. And Sniper Elite 4 continues that tradition with the same fetishized gore that fans of the series have come to expect, while still managing to deliver a game that far exceeds the accomplishments of its predecessor.

Set in 1943 during the events of the second World War, Sniper Elite 4 follows protagonist Karl Fairburne on his new destination of war-torn Italy. Following reports of a new wonder weapon in possession of the Nazi forces located there, Karl must once again attempt to foil their plans, with a little help from the Italian resistance movement this time around.

Let me just say right off the bat, however, that if you dive into Sniper Elite 4 expecting a deep and engrossing narrative, you’re going to be disappointed. The plot is clichéd, both the enemies and allies are bland and uninteresting, and even our square-jawed hero is about as banal as they come.

The game makes no attempt to make you care about any of the characters’ motivations or goals, and the often cringey dialogue does little to make you think of them as real people. A few minutes into the game, and you’ll realize that the minimal story only exists to provide context for why the player is on a Nazi killing spree. And you know what? If you’re a fan of the series, then you’ll probably be completely fine with that.

The real star of Sniper Elite 4 is undoubtedly the game’s mechanics. Everyone is here for those same fantastic slow motion X-Ray kills, and the game absolutely delivers. These climatic moments are the real draw of the game, and Rebellion Developments has absolutely outdone themselves this time around.

These kill cams are more detailed and gorier than ever, and every effort was made into making them as cinematic as ever. Aiming down your sights, watching time slow down to a crawl as you hold your breath, adjusting for distance and the bullet drop so that one tiny reticle can turn red, all for the sole purpose of allowing you to revel in the spectacle that is to follow.

And no matter how many time you see them, these kills never get old either, especially now that the game has spread out to include both melee and shrapnel kills as well. Stealthily sneaking up on enemies and initiating these brutal hand-to-hand sequences is almost as gratifying as some of the long range sniper kills. The new shrapnel kills also allow for some gut wrenching scenes, as exploding barrels and vehicles send tiny metal fragments hurtling through a crowd of your foes.

The game also places a much greater emphasis on item usage this time around, providing dual modes for almost every item and trap. Grenades, Trip-mines, and TNT all now have alternative functions, and even your trusty sniper rifles can utilize suppressed ammunition, allowing you to to fire without making a sound. While some may see these additions as ways of making the game easier for players, I can assure you that’s not the case.

These tools are there to help you better respond to the threat of your enemies who, thanks to a vastly improved AI, are more efficient and deadlier than ever. Even the slightest indication of your presence is enough to send them into an alerted state, prompting them to search all manner of hiding spots in their vicinity to find you. They are relentless and, if you get caught, will stop at nothing to hunt and kill you. At higher difficulties, they even employ advanced flanking maneuvers and the like to flush you out from your hiding spots.

These enemies are also the reason why items such as suppressed ammunition are such a valuable asset in the game, as a single loud gunshot is enough to alert the entire area. You are encouraged to play smart, bide your time, and constantly be on the move. Careful consideration should be put into every single shot you fire, as consecutive gunshots from a single location will only aid the enemy in triangulating your position quicker.

The other impressive aspect of Sniper Elite 4 is its massive open maps, featuring much more verticality and freedom than ever before. They are also some of the most diverse areas ever, with the same maps featuring everything from spread out houses in an abandoned village to fortified Nazi bunkers surrounded by armored vehicles, and small cities with narrow streets that limit your vision.

Both the main and side objectives are spread out over these sandboxes and the game never forces your hand, giving you both the freedom and the opportunities to tackle them at your leisure. At the same time, the game also appropriately scales the difficulty as players move from one of these zones to the other, making sure that they provide the adequate challenge as the missions approach their climax.

Apart from the campaign, the game does also feature a competitive multiplayer mode where up to 12 players can go up against each other in massive open maps that are chock full of hiding spaces. Run and gun approaches are discouraged as the maps are clearly built to accommodate a more stealthier approach.

Co-op mode is simple enough though, and has you drop into the game with one other player, and you can tackle the main story together. This also makes for some great team play, as both players can spread out across the maps and plan some fantastic looking sync shots.

While these are completely serviceable game modes in their own right, the true star is undoubtedly the game’s survival mode. In it, up to four players take on wave upon wave of increasingly difficult AI enemies Horde mode style. These waves are constantly changing their tactics, forcing players to adapt on the fly. When all is said and done, this is definitely something that players will keep coming back to over and over again.

In the end, while Sniper Elite 4 may not be the most innovative of games, it wholeheartedly embraces all of the unique quirks the series has come to be known for. It respects its audience enough to know just what they want, and delivers exactly that: pure unadulterated carnage.