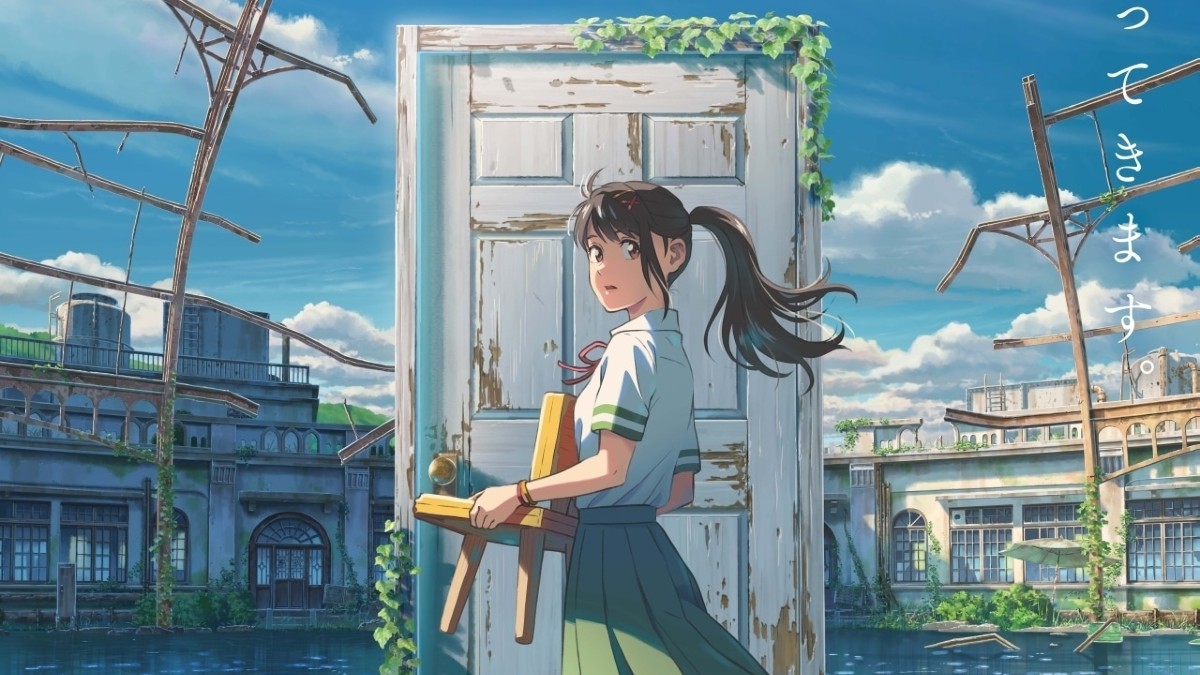 Earlier this week, anime fans were treated to a brand new visual for Makoto Shinkai’s (Your Name, Weathering With You) next film, which is titled Suzume’s Door-Locking (Suzume no Tojimari). The official TOHO Movie Youtube channel thought that simple, wasn’t enough, as they also released a new teaser for the film to help get fans excited for is Nov 11, 2022 release in Japan.

You can check out the new trailer and an official description, courtesy of CoMix Wave Films, right down below:

17-year-old Suzume’s journey begins in a quiet town in Kyushu when she encounters a young man who tells her, “I’m looking for a door.” What Suzume finds is a single weathered door standing upright in the midst of ruins as though it was shielded from whatever catastrophe struck. Seemingly mesmerized by its power, Suzume reaches for the knob…

Doors begin to open one after another all across Japan, unleashing destruction upon any who are near. Suzume must close these portals to prevent further disaster.

The stars
The sunset
The morning sky

Within that realm, it was as though all time had melted together in the sky—

Drawn in by this mysterious door, Suzume’s journey is about to begin.

While there is no word on a western release yet, we will be sure to keep you updated as soon as any news on a Subbed and Dubbed date becomes available.