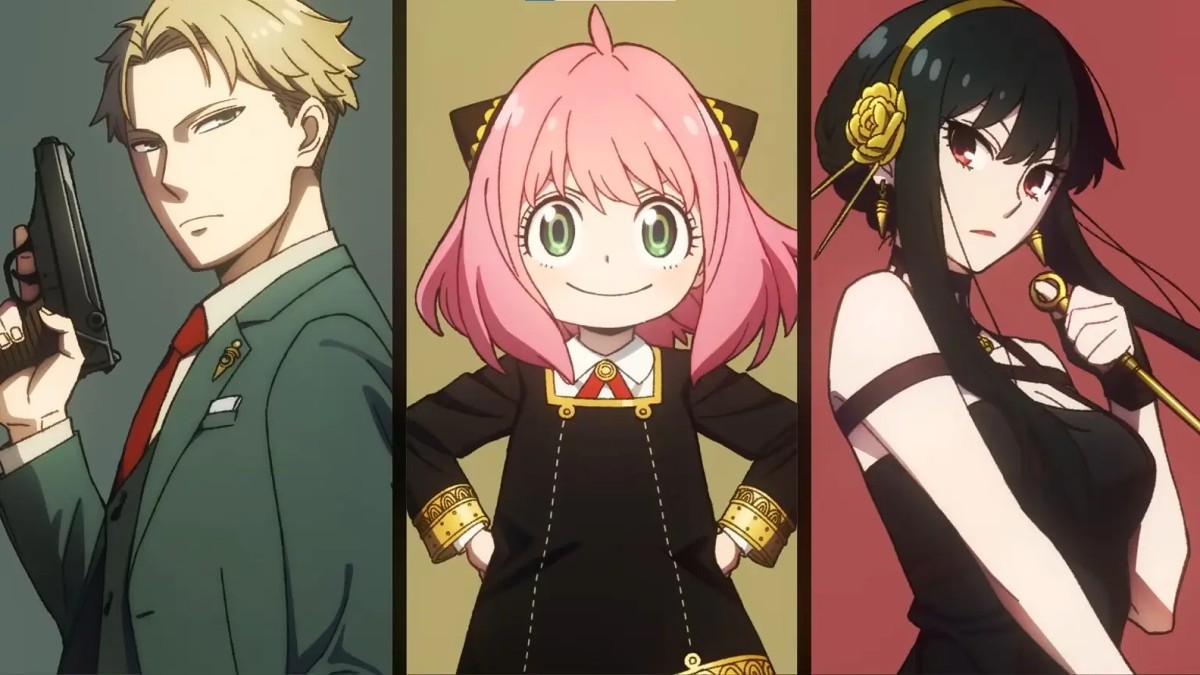 Spies and assassins aren’t a new concept when it comes to entertainment, as there are many great shows and movies that explore the fascinating and thrilling life of espionage. However, what if that twist was a Mr. and Mrs. Smith comedy romp where the mission revolved around playing house? That is exactly what you get with the Spy x Family anime.

If that idea has piqued your interest, then check out the three reasons that Spy x Family is this season’s must-watch anime.

If you are familiar with Cold War spycraft between East and West Germany, you have the right idea regarding what to expect going into the anime. When you have two warring countries that will use whatever espionage tricks they can to gain the upper hand, you know there’s a great spy story to be had.

The time period for Spy x Family fits roughly a Cold War era and has all the makings for prime spying like disguises, gadgets, and getting orders through a code that must be deciphered. Loid (spy name Twilight) is the best spy there is, definitely the James Bond equivalent of this story, as he uses all sorts of conniving tricks and deceptions to accomplish his missions.

Like any identity-less spy, not much is known of Twilight in the past aside from he was alone in a war-torn country as a child. Seeing as Twilight is the country’s top spy, he is given the tough missions, including the deadliest mission of them all: becoming a father.

A Spy and His Fake Daughter

Loid Forger (Codename Twilight) is very much a lone wolf. He’s detached and able to drop everything at a moment’s notice. However, this is the first time he’s had to pretend to be a parent. You’ve got a guy who is the best there is at what he does, yet is entirely clueless when it comes to dealing with a child.

As alluded to previously, all that is known of Loid for sure is a glimpse of his childhood in the midst of a destructive war. But of his past, he acknowledges to himself that he does his spy work to ensure that no child will ever have to cry. It is this promise that drives his desire to stay on the mission with Anya.

Even still, if you take some poor parenting skills and add on Anya’s telepathy, you’ve got a messy situation where he accidentally thinks the wrong thing and doesn’t know what do to when Anya freaks out. It’s in this relationship that a lot of heart can be found in Spy x Family.

One of the most unique draws to Spy x Family is the fact that Anya has telepathic powers. This is her one massive secret that she’s terrified to let slip, but also terrible at hiding. It’s fortunate that even someone as intelligent and intuitive as her fake dad would never assume she’s a telepath.

While there isn’t anything in-depth explanation of how or why Anya got her abilities in detail, at least this early on, there is a small scene in the first episode that provides a bit of exposition. This simultaneously prompt some curious questions from us as a viewer while setting up for a likely dramatic backstory reveal later on in the series.

Alongside a lot of dramatic elements, Anya’s powers are also a perfect set-up for the show’s comedic moments. In just the first episode while holding Anya’s hand and walking, Loid thinks to himself how having one hand occupied leaves him at a disadvantage should there be an enemy. Anya, hearing mention of an enemy, runs off to go hide as she takes this thought as there being a legitimate threat.

Anya, despite already knowing that her fake dad is a spy, doesn’t know everything there is to him. The superspy Twilight is also a master of disguise. If you’ve ever seen Mission Impossible, his skills are exactly to that level of becoming someone else. Despite Anya’s attempts at following him at one point, Twilight shows off his incredible powers of observation and catches her every time. However, the disguises have always allowed Twilight a buffer from people.

The anime shows what happens when Twilight must familiarize himself with another living being and cannot maintain his previously held distance.

Hopefully, this will convince you to tune into Spy x Family as it continues to air, it’s certainly worth it. If you’re not satisfied with only watching the one new anime, Crunchyroll recently announced their 2022 spring lineup.