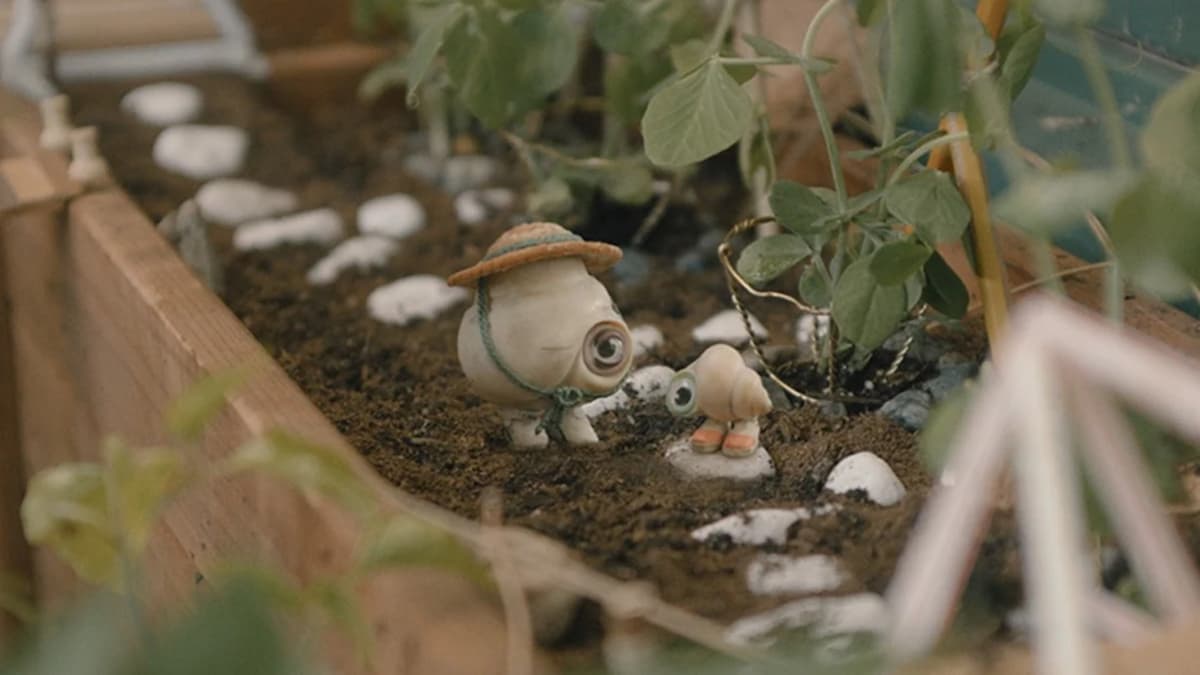 It may have taken a long time, but Marcel the Shell is finally getting onto the big screen. Following the stop-motion short put out by Dean Fleischer Camp and Jenny Slate 12 years ago, the pair are bringing the adorable protagonist to life yet again in a full-blown feature film with A24. Positioned as a mockumentary, Marcel the Shell With Shoes is absolutely endearing in the new trailer.

Living out life with his grandmother in an Airbnb, Marcel is discovered by a documentary filmmaker, whose video about the shell goes viral and gives our hero the chance to find his long-lost family. Who knew that a trailer about a talking shell could be so emotional?

Jenny Slate will be returning to voice Marcel, and is also co-writing the screenplay with Dean Fleischer Camp and Nick Paley. Camp will co-star as the filmmaker, and is also directing. Rosa Salazar, Thomas Mann, and Isabella Rossellini are set to star. The film will premiere in theaters this coming June 24.

Here’s the synopsis of Marcel the Shell With Shoes On:

Marcel is an adorable one-inch-tall shell who ekes out a colorful existence with his grandmother Connie and their pet lint, Alan. Once part of a sprawling community of shells, they now live alone as the sole survivors of a mysterious tragedy. But when a documentary filmmaker discovers them amongst the clutter of his Airbnb, the short film he posts online brings Marcel millions of passionate fans, as well as unprecedented dangers and a new hope at finding his long-lost family. A beloved character gets his big-screen debut in this hilarious and heartwarming story about finding connection in the smallest corners.

You can catch the trailer here: