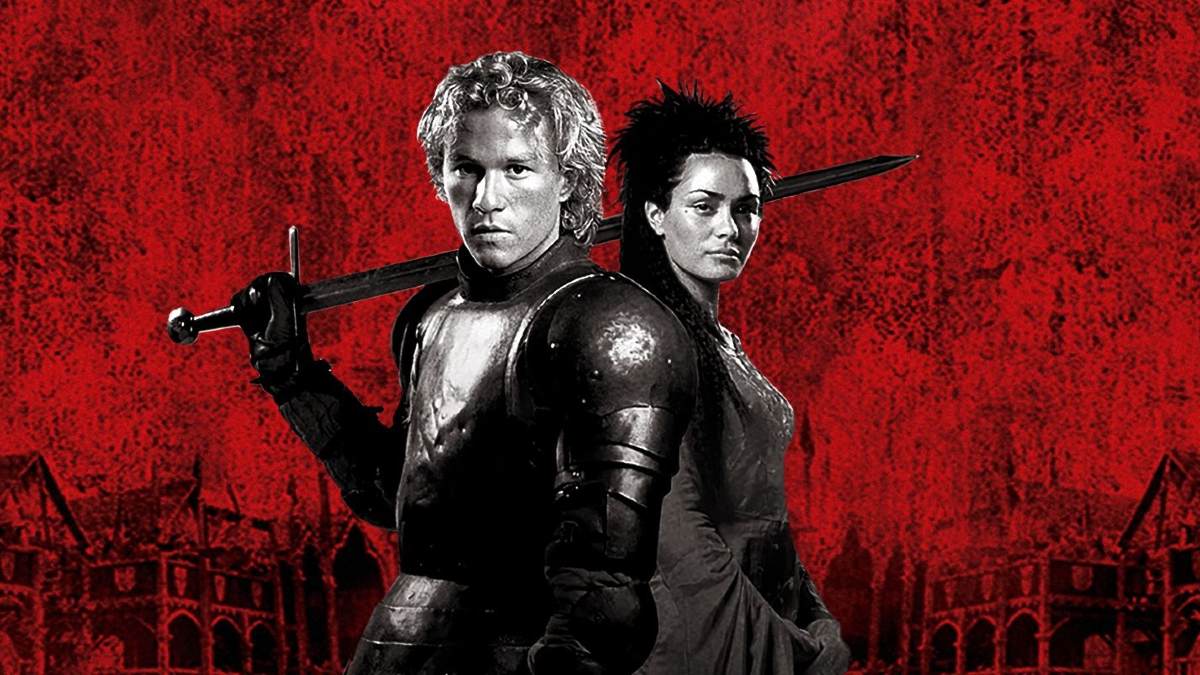 To celebrate what would have been Heath Ledger’s 43rd Birthday, co-star Rufus Sewell has shared some old, never before seen photos from the set of the 2001 medieval action-comedy, a Knight’s Tale. The movie told the tale of a squire, William Thatcher (Ledger), who faked his identity in order to compete in a jousting contest and win the heart of a noblewoman.

While it may not have lit the world on fire when it came out, the film is considered a cult classic now, as fans revel in the comedy of Ledger and Sewell, as well as other notable stars Alan Tudyk, Shannyn Sossamon, Mark Addy, and Paul Bettany.

In the post, Sewell noted that he had found the photos after thinking they were lost forever. You can check them out for yourself below.

Shortly after working on Christopher Nolan’s The Dark Knight, Ledger died of a drug overdose in 2008. A few months later, the film would release, earning the actor a posthumous award for Best Supporting Actor Oscar for his portrayal of Joker.

For more movie-related articles, be sure to search the rest of Twinfinite. There, you’ll find plenty of great features, news, and quizzes that’ll surely suit all of your entertainment needs.