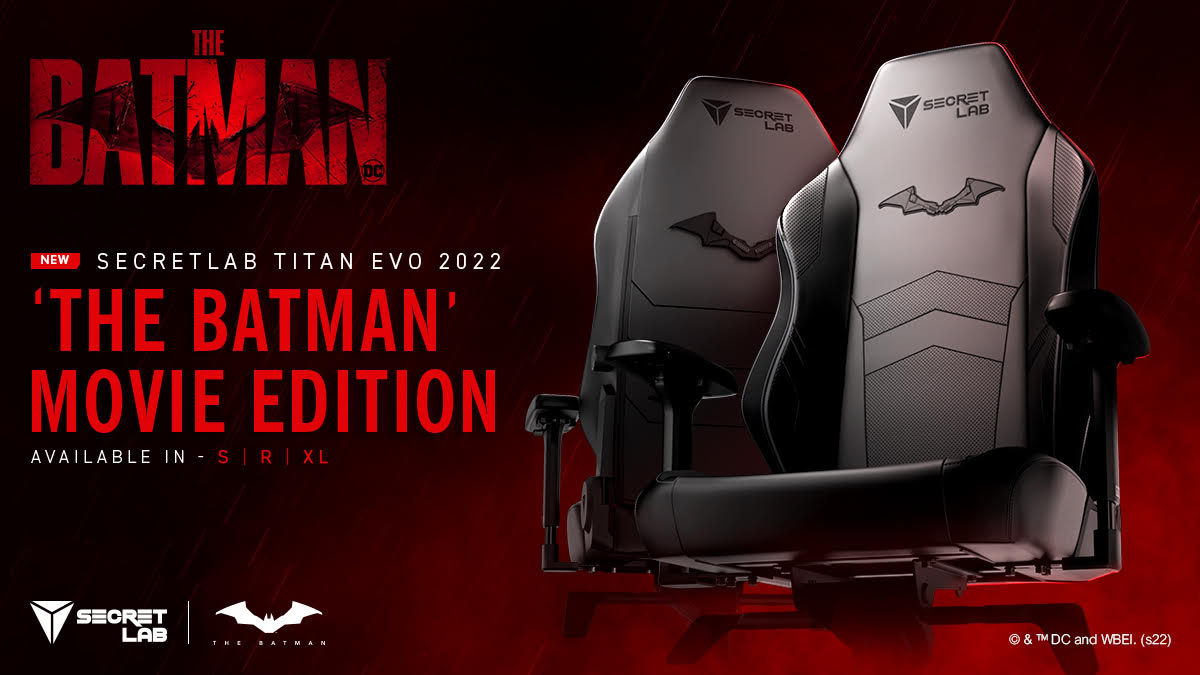 Today, Secretlab has revealed that they’re teaming up with DC Comics to bring fans of The Dark Knight an impressive new Titan Evo 2022 chair. Upholstered in Secretlab NEO Hybrid Leatherette, The Batman movie edition version of the chair is now available for pre-order on the official website.

The sizes include small, medium, and large, with prices varying according to purchase, which is currently limited. On top of being comfortable, this Titan Evo 2022 chair also features a detachable magnetic emblem that is almost identical to the one that Bruce Wayne created in The Batman.

You can check out official images of this Secretlab x The Batman product below.

Anyone looking for more information on the film, here’s the official description courtesy of Warner Bros. Pictures:

The Batman is currently airing in theaters worldwide. For more features, news, and quizzes about all things Batman and DC, be sure to check out the related articles section we’ve got for you right down below.