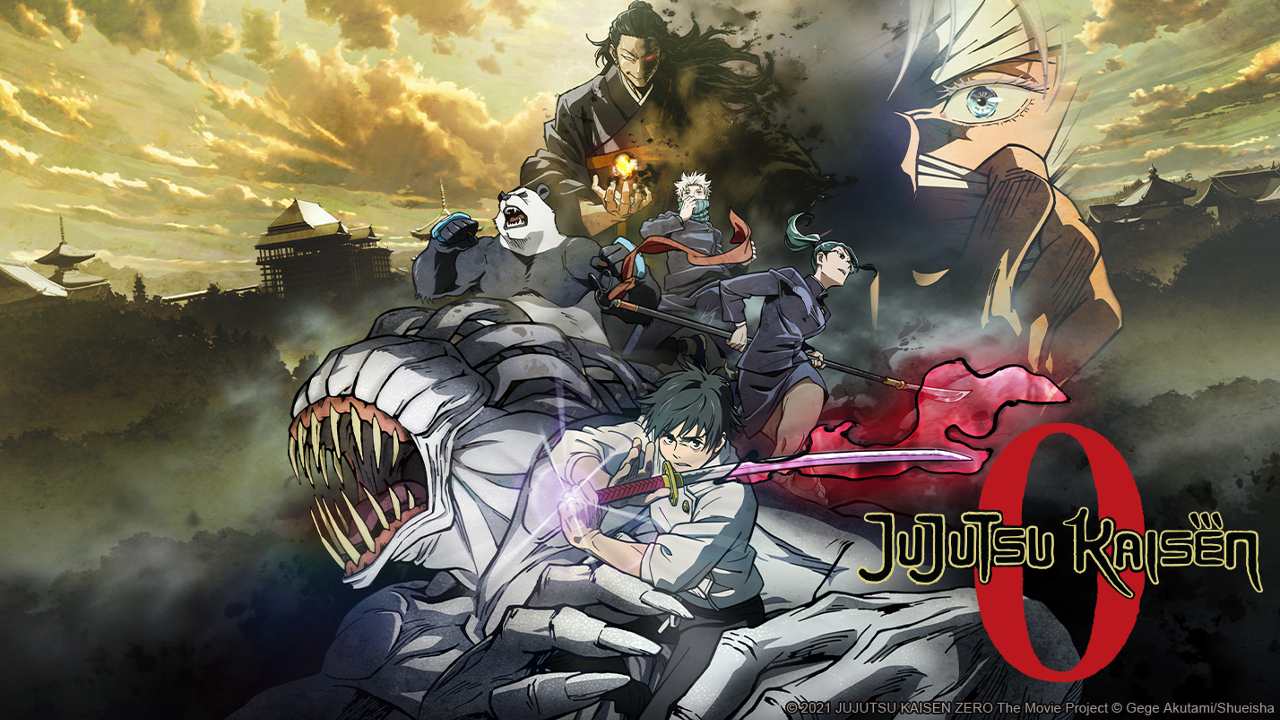 On the edge of its release, a brand new trailer for the Jujutsu Kaisen 0 anime film has just been released. The video features some scenes we’ve already seen from previous trailers for the prequel, as well as a handful of new content.

You can check out the brand new trailer and official AMC character bios right down below.

Yuta Okkotsu is a new character in the animated world of Jujutsu Kaisen and the protagonist of the film. He witnesses his close childhood friend, Rika, die and become a curse that ends up haunting him. This curse attracts the attention of Satoru Gojo, who convinces Yuta to enroll at Jujutsu High to learn the ways of Jujutsu. Will he be able to master the necessary skills to become a Jujutsu sorcerer? Although this is his anime debut, Yuta is a major part in the manga and they’ve even teased his existence in the first season, so he’s sure to become a part of the larger story.

Rika Orimoto dies in a tragic childhood accident and her spirit turns into a curse. Her cursed form is a focus in the film, where it follows Yuta around wreaking havoc in his path. But before Rika died, she and Yuta were inseparable as children. They even promised to marry each other when they grow up. See JUJUTSU KAISEN 0 to find out if Yuta is able fulfill his promise to avenge Rika and save her spirit.

Suguro Geto is a force of evil in the movie. While Yuta works on honing his skills at Jujutsu High to save Rika, Suguru threatens to unleash the Night Parade of a Hundred Demons. He has an ominous and somewhat cryptic presence in the trailer, so just what are Suguru’s motives and how is he connected to what has taken place in the series so far? This is another character that has an active part in the manga, so uncovering his origin promises to expand the universe even further.

Fan favorite and sensei extraordinaire Satoru Gojo is back, this time training the newcomer Yuta along with the other students at Jujutsu High. Always cool and collected, Satoru is one of the most powerful Jujutsu sorcerers we’ve seen in the anime so far. The film gives us a chance to learn more about his backstory, and we can’t wait to see his awesome powers shine in the big screen action.

Last but certainly not least, JUJUTSU KAISEN 0 will feature more screen time for Maki Zen’in, Toge Inumaki, and Panda as they learn to wield their Jujutsu powers. This film follows adventures in their first year of training. We’ll get to see more of their special abilities in action, with Maki and her Cursed Tools, Toge and his Cursed Speech, and Panda with the strength and brute force of a giant panda bear.

Alongside the trailer the, more international premiere dates for Jujutsu Kaisen 0 were also revealed:

Both the Dub and Sub of Jujutsu Kaisen 0 Movie are set arriving in select U.S. and Canada theaters on March 18. For more Jujutsu Kaisen news, features, and quizzes, be sure to check out all of our related content below, including why we don’t deserve Satoru Gojo and so much more.