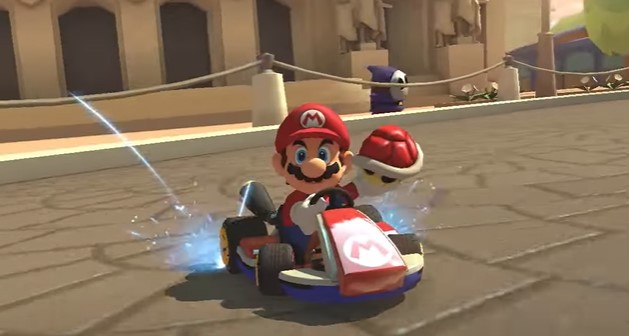 Much to the simultaneous dismay and delight of Mario Kart fans around the world, the latest Nintendo Direct revealed the Mario Kart 8 Deluxe Booster Course Pass instead of a brand-new title. Despite the fact that 48 remastered tracks are coming, that doesn’t necessarily mean they’ll all be equally enjoyable. These four courses rise above the rest in wave one of the Booster Course Pass.

This track made its debut in the mobile version of Mario Kart, but you wouldn’t be able to tell just by looking at it or even playing it. Ninja Hideaway has all of the hallmarks of what makes this franchise incredibly addictive.

There are plenty of hairpin and right-angle turns to allow for drifting. Then these sharp turns lead into straightaways to help you regain control. Besides that, there are so many alternate paths you can take at multiple elevations so you can play around a bit to find the most efficient paths or maybe even dodge incoming items.

For a track that came from a mobile game, Ninja Hideaway looks impressive. The reds of the architecture compliment the green foliage and the gaudy pops of gold are trademarks of the gluttonously indulgent Wario. The original track had to use this style to look decent, but now the switch lets this course look the best that it possibly can.

Only 90s kids can understand this one. Choco Mountain is one of the classic Mario Kart 64 courses that didn’t make it into Mario Kart 8 Deluxe until now. It’s also one that needed an upgrade the most. If you look back at the N64 version of the track, then you’ll see it was one of the most dull-looking places in the game.

Admittedly, it’s still a relatively drab course since everything is different shades of brown. Yet, the newly added flying section plus the vastly improved lighting, textures, and fog make this monochrome map feel fresh. On top of that, it’s just a generally tricky track with plenty of spots that will challenge all levels of racers to stay on the course. Most importantly, fans of the original will be happy to learn that they kept the tunnel that looks like a weird giant face.

Last but not least is the remix of the classic Choco Mountain song. The version of the song in Mario Kart 8 Deluxe turns up the twang of the song to give it a fittingly Appalachian Mountain bluegrass feel. The banjo and harmonica come together to give this relatively bland-looking course a feeling of joy that is synonymous with the Mario Kart franchise.

Yet again, a remade Mario Kart Tour course knocks it out of the park. The overall presentation is stunning even though it’s admittedly a bit weird at first to see real-world buildings in Mario Kart. Yet, the art style melds every bit of Parisian landmarks from the Arc de Triomphe to the Eiffel Tower into the game as naturally as it does with fictional landmarks on other courses.

It’s wild how well the roundabout around the Arc de Triomphe works as an obstacle in a Mario Kart game. You can try to cut through the Piranha Plant cutouts in the middle or drift around the circle to get a little boost. The course is varied enough that you’ll always need to give the game your full attention in order to hit all of your turns and drifts as effectively as possible.

And just like Paris in real life, this course is a thing of beauty. Each landmark is still instantly recognizable even with the more toy-like art style. The partly cloudy sky gives the entire track soft lighting and the abundant greenery makes the whole area look like an idyllic late Spring Parisian day. And to top it all off, the sound of the accordion and harp floating above the upright bass foundation makes this track a joy to experience.

You might not like it, but this is what peak Mario Kart looks like. Dead memes aside, Coconut Mall is hands-down one of the best courses from the first wave of the Mario Kart 8 Deluxe Booster Course Pass DLC. It’s not the most bombastic or visually stunning course in the franchise. But for what Coconut Mall lacks in style, it more than makes up for in Mario Kart’s wackiness.

From the start, there are escalators going up and down which can either speed you up or slow you down based upon which direction they’re moving. But you can still get yourself out of a bad spot by riding the railing of an escalator and boosting off of it. There are also upper and lower levels of the mall that have varied obstacles and boosts to help make both options fast enough to keep you in the race.

But the most important thing that you can’t forget to mention when talking about Coconut Mall is the frantic music. It perfectly captures the feeling of light upbeat shopping music combined with the madness of Walmart on Black Friday. Combine that feeling with throwing banana peels and green shells at the frenzied patrons (or racers in this case). That is Coconut Mall.