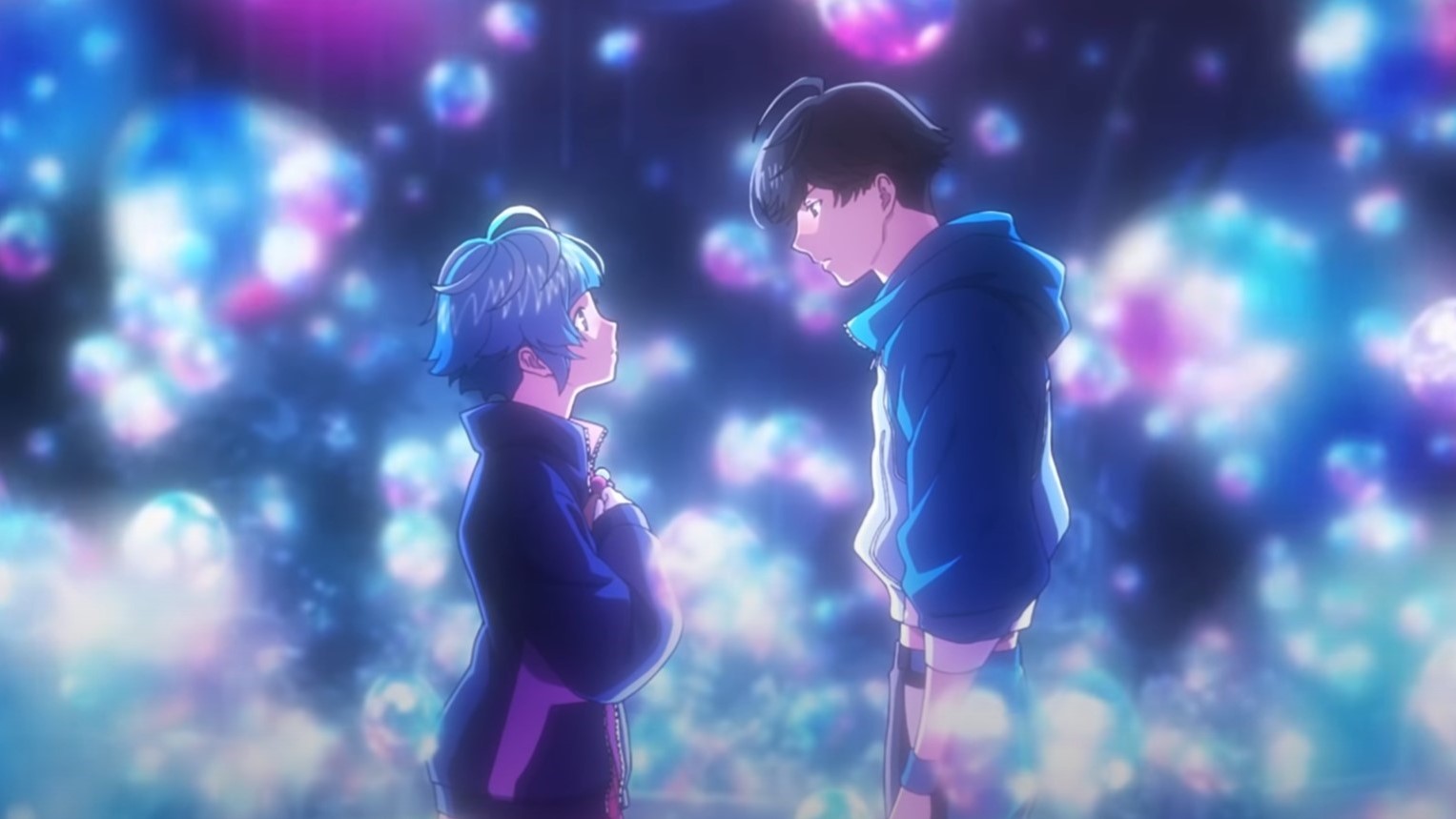 If you are curious about the upcoming Netflix anime Bubble, the streaming platform has revealed both a new key visual as well as a full trailer for the parkour-themed animated feature. Both Hibiki and Uta, the main characters feature prominently in the new update.

The premiere for Bubble is slated for April 28 later this year, with Wit Studio the folks behind the title. Directed by Tetsurou Araki, who did Kabaneri of the Iron Fortress, the script is being handled by Gen Urobuchi of Puella Magi Madoka Magica fame.

As is to be expected from anything backed by Netflix nowadays, there is some considerable star power behind Bubble. Singer-songwriter Riria will be the voice for the film’s main heroine, Uta. Jun Shison joins her as Hibiki, Mamoru Miyano plays Shin, Yuuki Kaji is Kai, Tasuku Hatanaka will be portraying Denki Ninja Leader, Sayaka Senbongi as Usagi, Marina Inoue as Undertaker Leader, and finally, Alice Hirose is the voice behind Makoto.

Artist Takeshi Obata (Death Note) is the film’s character designer, with Satoshi Kadowaki (Attack on Titan) being in charge of the chief animation direction. Hiroyuki Sawano (86 EIGHTY SIX) is behind the musical score.

If you are not aware of Bubble, here is the official synopsis from Netflix:

The story is set in Tokyo, after bubbles that broke the laws of gravity rained down upon the world. Cut off from the outside world, Tokyo has become a playground for a group of young people who have lost their families, acting as a battlefield for parkour team battles as they leap from building to building. Hibiki, a young ace known for his dangerous play style, makes a reckless move one day and plummets into the gravity-bending sea. His life is saved by Uta, a girl with mysterious powers who appears suddenly. The pair then hear a unique sound audible only to them. Why did Uta appear before Hibiki? Their encounter leads to a revelation that will change the world.