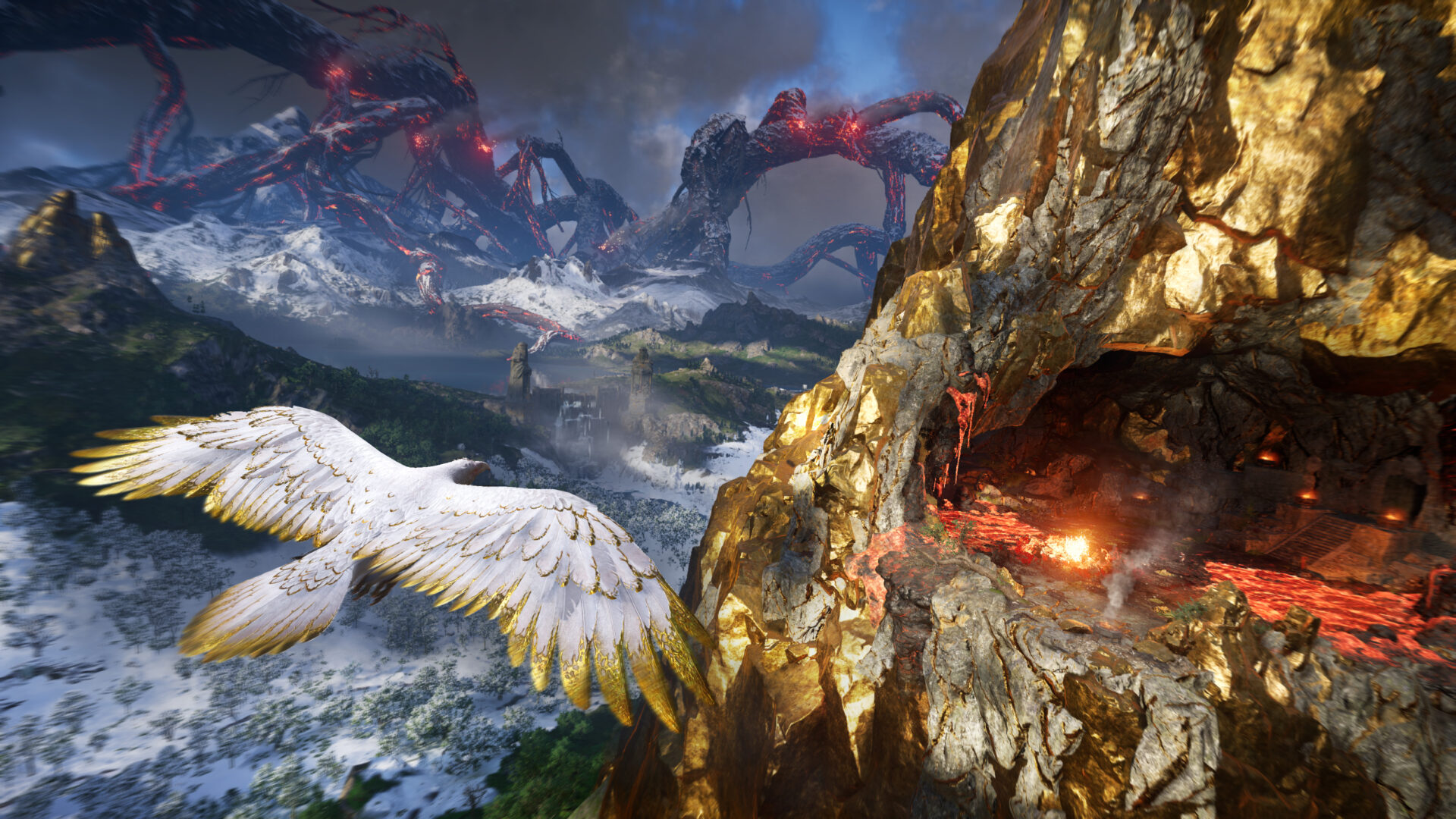 Ubisoft’s Assassin’s Creed Valhalla might over 18 months old, but the developer is far from done with its support of the acclaimed title. Following two meaty expansions (Wrath of the Druids, and The Siege of Paris) and a host of seasonal events throughout 2021, this year promises the launch of something even more substantial. Ragnarok is a 30-hour DLC that might as well be its own game, and at a preview event last week Twinfinite got a sneak peek at what’s to come.

In Ragnarok, Eivor is once again embodying Havi (Odin) in an adventure that takes place in the realms of Norse mythology including Svartalaheim and Muspelheim. The adventure follows on from the questline in the base game, this time featuring both dwarves and fire giants in an epic narrative that sets off the chaotic events of Ragnarok. In the preview showcase, we were shown interactions with both factions, which are such a huge part of Norse mythology and look set to prove an interesting catalyst for quality storytelling and interesting character arcs.

There’s more than just a story to unravel, though, with new mechanics helping to freshen a gameplay experience that is likely to feel very familiar –possibly a little stale– to those who have already spent a couple of hundred hours with Valhalla already.

Ragnarok features an all-new legendary Polearm weapon that has its own unique combo system, which has been designed to reward precision play. It’s called Atgeir, and it can be upgraded with a new Divine quality upgrade tier that allows weapons to take on special runes.

Adding to the new polearm combos, Valhalla’s combat has been enhanced in Dawn of Ragnarok with a range of new abilities. There’s the Flamekeeper buff that adds fire damage, for example, as well as the Power of Rebirth that sees fallen enemies resurrected as allies for Odin in combat.

There are also new stealth mechanics, which tie into the enormous Valhalla progression tree. Power of the Raven, an ability that allows Havi to use Synin the raven to initiate stealth attacks stood out as especially cool.

You can check out some of the new combat features in the below overview trailer published today from Ubisoft, which also highlights some of the character interactions from the main questline.

Elsewhere, there’s also a new game mode called Valkyrie Arena to look forward to, which is reminiscent of the arena modes we’ve seen in previous Assassin’s Creed games such as Origins. In Valhalla, Havi will apparently face enemies of and new in showdowns that challenge players’ combat skills. It should offer even more replayability to the enormous amount of content in the campaign itself.

Those who haven’t yet completed Valhalla won’t need to worry about not being able to check out Ragnarok when it launches next month, March 10, as there’s no level gate at all. You can jump in right away and check out the story regardless of your progress in the main campaign.

Below you can check out some new screenshots of the expansion.

Here’s some b-roll footage of Odin undertaking a quest in Darn of Ragnarok: