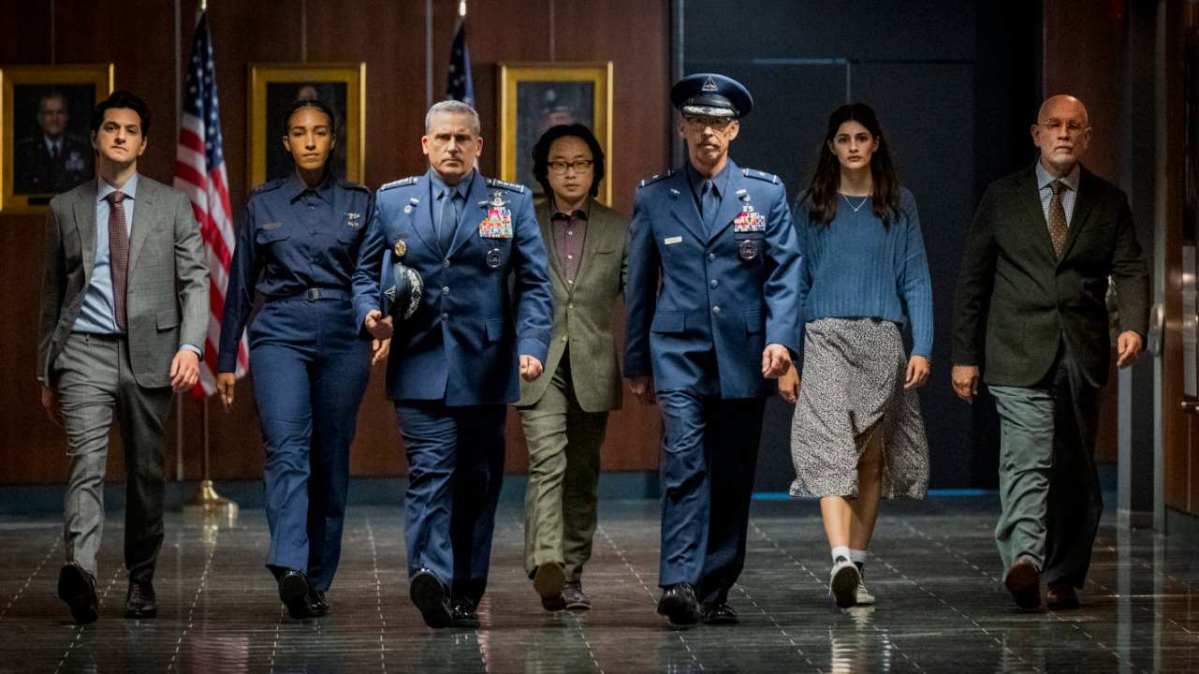 Earlier today, Netflix confirmed, via Deadline, that the second season of Space Force is officially heading to Netflix on Feb. 18, 2022. The next installment in the series is set to feature seven episodes, picking up right where the first season left off.

While co-creator and showrunner Greg Daniels is set to return for season 2 of Space Force, it was also revealed earlier this year that Norm Hiscock (Parks & Recreation, Brooklyn Nine-Nine) has joined Daniels as co-showrunner. Another minor change is that production has moved from Los Angeles to Vancouver.

If you’re unfamiliar with Space Force, you can enjoy and a brief official description below, as well as some official preview images for season 2.

A decorated pilot with dreams of running the Air Force, four-star general Mark R. Naird (Steve Carell) is thrown for a loop when he finds himself tapped to lead the newly formed sixth branch of the US Armed Forces: Space Force. Skeptical but dedicated, Mark uproots his family and moves to a remote base in Colorado where he and a colorful team of scientists and “Spacemen” are tasked by the White House with getting American boots on the moon (again) in a hurry and achieving total space dominance.