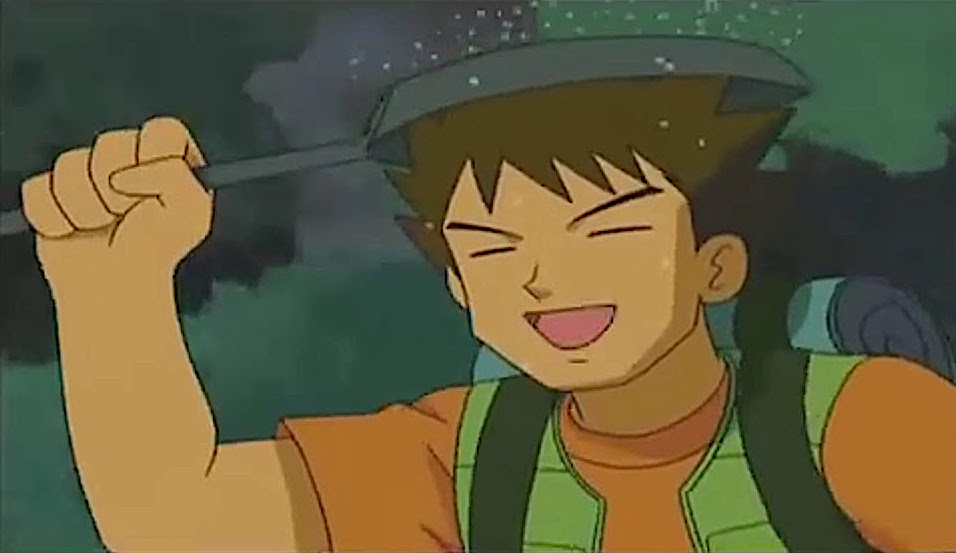 When Pokemon Brilliant Diamond and Shining (but hardly brilliant) Pearl dropped last November, we were re-introduced to the niveous Sinnoh region and its various personalities.

Here, the initial hurdle for aspiring Pokemon Masters is Oreburgh Gym and its Rock-type leader, Roark. Ignoring the fact that he literally gives you a lump of coal as a prize, he is unique among his contemporaries as the only ‘first badge’ Gym Leader to roll with a trio of Pokemon.

Two is the standard, you see, and Roark even spits in the squinty eye of Kanto’s Brock by brandishing his trademark Geodude and Onix, with a Cranidos thrown in for good measure. As such, he is infinitely superior to the more ballyhooed deviant of Pewter City fame.

Does this mean Brock is the worst starting Gym Leader of them all, then? Hardly.

To his credit, Onix is an intimidating Pokemon not made available until the Rock Tunnel, meaning that doe-eyed trainers are getting a sneak peek of the beasts yet to come later on. Rounding out the Rock-type leaders, Hoenn’s Roxanne also receives a passing grade for her pairing of Geodude and Nosepass. The latter is another preview of creatures awaiting you down the track, and a tough cookie in its own right.

Geodude, meanwhile, is just standard fare for their ilk, it seems. Got a pet rock? Congratulations, you’re now the Gym Leader of your local municipality. Feel free to throw it at passersby to defend your home turf.

Milo’s combination of Gossifleur and Eldegoss in Galar won’t immediately set you quaking in your boots, but he has the benefit of the Dynamax gimmick to spruce things up a little. Hidden tree joke there, if you were keeping tabs.

Similarly, Kalos’ Viola can prove a pushover, equipped with Surskit and Vivillon. She is at least provided with a degree of coverage, plus a fully evolved Pokemon with impressive special attack and speed.

Many would deride Unova’s triplets, Cilan, Chili, and Cress, as the low mark. Depending on which starter you choose, they each carry either a Pansage, Pansear, or Panpour and a Lillipup. You will face off against whichever one you are disadvantaged against. Nothing too threatening, though this does provide a welcome change of pace, particularly as you can locate your own monkey friend to even the odds.

Considering that Alola doesn’t have Gym Leaders at all, and the Totem Pokemon generally offer a greater challenge anyway, that leaves just one region left. Surely, then, the saddest of the sad is Johto’s Falkner.

Falkner, a Gym Leader and thereby — theoretically — one of the strangest trainers on the continent, features a Pidgey and a Pidgeotto. That’s right; the most garden variety avian Pokemon in the franchise and its evolved (not even yet fully evolved) variation.

Not only is this pathetic, but it’s also downright offensive. Imagine you’re a resident of Violet City, and the guy who’s supposed to represent your sense of pride is coming up with this weak sauce. Consider this to be the Detroit Lions of the Pokemon world – a wretched, aimless franchise that does little more than elevate its contemporaries with its own ineptitude.

And yet, remarkably, he isn’t even the worst of the bunch. No, friends, because there are always the Jacksonville Jaguars waiting in the wings.

The dubious honor of miserable piece of Gym Leader trash rightfully goes to Cheren in Pokemon Black 2/White 2. Some of you may better remember him as the rather milquetoast rival in gen 5’s first iterations, and he was no less than serviceable in that role.

By the time the sequels rolled around, Cheren had landed himself a cushy position as Aspertia City’s head honcho. No doubt, this was done through blackmail and extortion. He claims you’re his first challenger and requests that you ‘both do our best and have a battle we can be proud of!’

He then proceeds to send out his Patrat. It is followed up by Lillipup. It is accompanied by a shrug of indifference. Not only are these the exact same Pokemon his underlings carry, but they are Pokemon that are available in the grass literally right outside of the city.

What kind of commitment is that? He just cobbles together whatever dregs he can find within a ten-yard radius and calls it a day – typical millennial, more interested in playing on his phone than doing a good job.

Upon his defeat, he flicks you the Basic Badge. That’s right, even his badge is basic.

It sets a precedent of mediocrity that leaves a foul taste in one’s mouth. Should you be looking for positives, his team is equipped with Work Up, a boosting move that raises attack and special attack by one level each. Though this is nothing to sneeze at, neither of them have a special attack to take advantage of this benefit, and further, Falkner’s lame pigeons are arguably more annoying with their tendency to Mud-Slap the vision from your eyes.

Though Cheren apologists may posit that his Pokemon out-level Falkner’s, this is symptomatic of gen 2’s scaled leveling system (proportionate to housing two unique regions), and lastly, those who chose Chikorita will at least have a handful. This is assuming, of course, anyone actually chose Chikorita.

Even if you’re still unconvinced, what with your obstinate disposition and all, either is deserving of this dubious award. It just goes to show that Gym Leadership isn’t always indicative of talent. Some are merely promoted to the level of their incompetence.

Perhaps in 2022, you too can rise to this measure of acclaim, though we must strongly urge against guarding the lat pulldown machine at your neighborhood health club with promises of badges and XP. It’s too early in the year to get arrested.