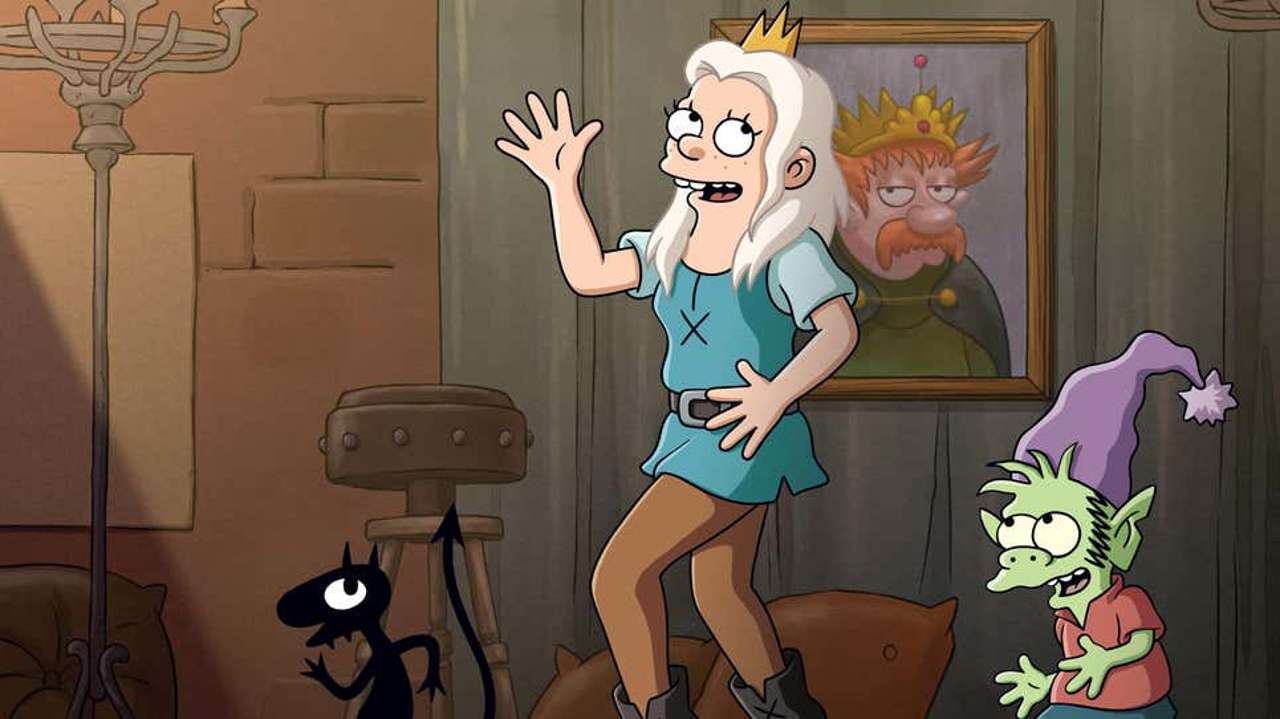 Earlier today, it was revealed that Matt Groenig’s medieval animated series, Disenchantment, would be returning next month to Netflix. To be exact, Bean, Luci, Elfo, and the gang continue their adventures in Disenchantment Part 4 starting Feb. 9.

This season is set to focus on the mysterious origins of Dreamland, and the journies each character must go on to decide the kingdom’s future.

The description for Disenchantment Part 4 can be found below.

The mystery of Dreamland’s origins—and the stakes for its future—become ever clearer as our trio—and King Zøg—find themselves on personal journeys that will ultimately tie in to the kingdom’s fate. Separated at the end of Part III, our heroes race to reunite in this sweeping series of ten episodes. They’ll find themselves everywhere from the depths of Hell to the clouds of Heaven and everywhere in between, including Ogreland, Steamland, underwater, monasteries, insane asylums, the Enchanted Forest, the Dreamscape and more. All the while, puzzle pieces both canonical and personal will reveal themselves to eager fans.