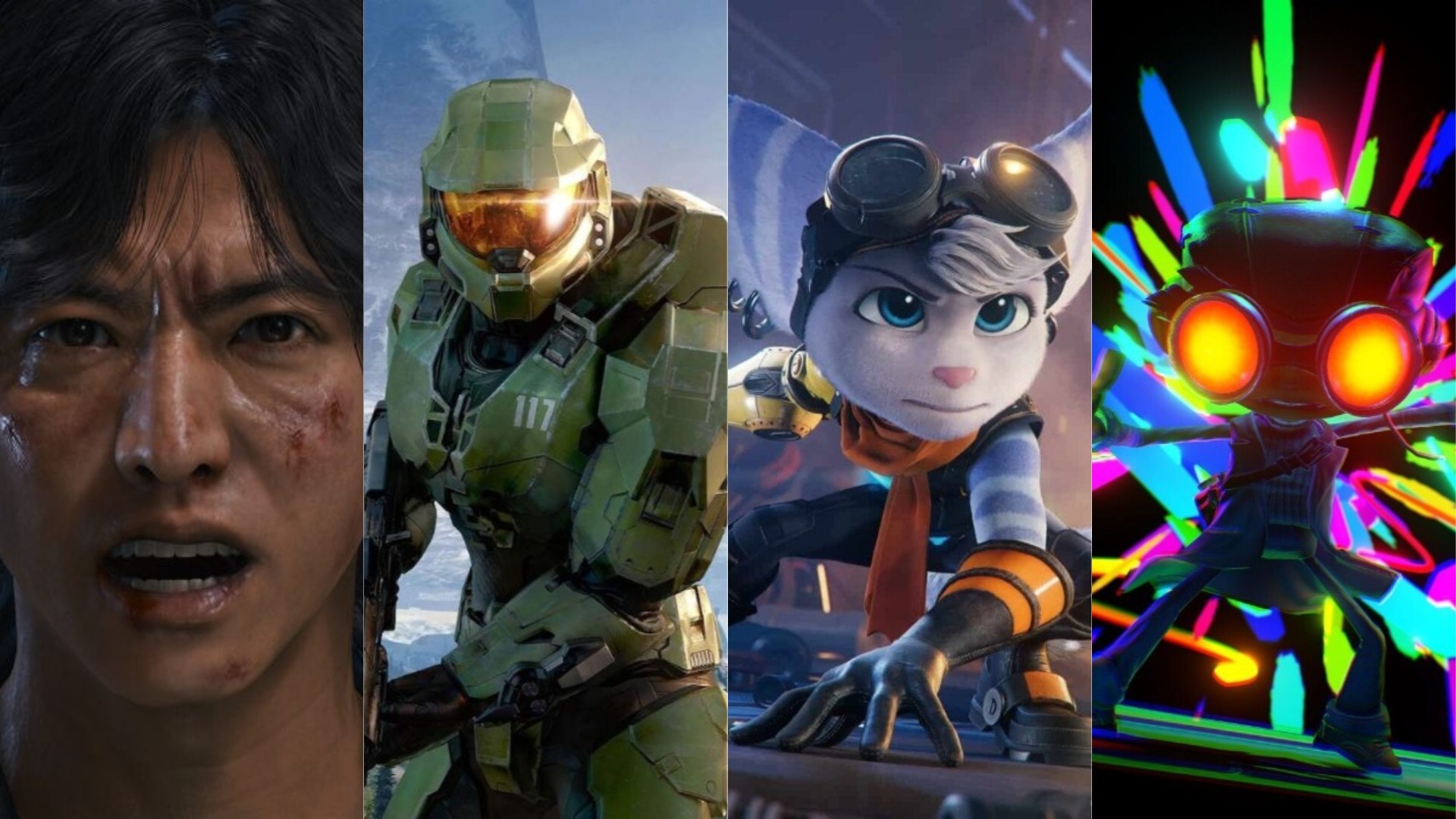 So many sequels, prequels, and reboots come out every year that sometimes it’s hard to keep track of them all. While it would be easy for developers to just rehash old — yet successful — ideas, many are able to give players a brand new way to look at a beloved franchise. All of these games have given fans that familiar feeling with enough change to make coming back worth the time. Here are the best sequels of 2021.

The results below were all voted on by the staff here at Twinfinite.

Guides Editor Chris Jecks: The Forza Horizon series has always been a fantastic open-world racer, but it was only with the release of Forza Horizon 5 that Playground Games’ prowess in the genre was truly appreciated on the mass scale it so rightly deserved.

Boasting a roster of over 500 cars and an enormous, varied map filled with hairpins, winding roads, mass expanses of sandy nothingness and yes, an active volcano, Forza Horizon 5’s Mexico festival is the biggest and best yet. There are plenty of races to complete, fun side content to check off, as well as new challenges and events to complete every two weeks with the changing of the seasons.

The whole thing is wrapped up with the impeccable level of polish that the series has always managed to deliver on consoles. Each car handles true to its real-life counterpart, and every vehicle model is painstakingly detailed right down to warning notices in the door sills or under the hood.

If you have any semblance of interest in racing or cars, Forza Horizon 5 simply has to be experienced. It’s the rubber-burning, asphalt skimming, high-octane open-world racer that you’ve been waiting for.

Guides Editor Chris Jecks: Life Is Strange is back at its strongest thanks to the release of True Colors in September 2021. Telling the story of Alex Chen, an empath who can take on and see the emotions of those near to her, the game offers everything we’ve come to know and love from the series. A fantastic soundtrack, tough choices, and some hella cool storytelling.

True Colors really stands out from its predecessors, though, thanks to the way Alex’s power plays into the narrative and storytelling. Throughout the story, Alex will be forced into using her power to overcome sticky situations, but it can also be used outside of the overarching plot in order to help the citizens of Haven Springs, Colorado. In doing so, you learn more about them, strengthening their relationship with Alex. This lets you witness some pretty cool moments you’d otherwise completely miss. Haven Springs feels like the most authentic, lived-in locale the series has taken us to thus far and should act as a benchmark for the future of the series. Plus, there’s a whole LARPing section which is *chef’s kiss*.

If you’ve been a fan of the indie vibe of the Life Is Strange series for some time, then True Colors is a must-play. It’s the series at its best and already has me itching to see what’s next.

Features Editor Andrew McMahon: As a sequel, Lost Judgment is pure perfection. The game manages to add in a boatload of fun and unique features, but it also improves upon existing ones fans loved without upsetting the balance of the series core gameplay loop.

Gameplay elements like droning, tailing, and photography missions have been toned down in favor of more side cases, including an entirely new subcategory of school missions. These cases lean into the fun and heart that the franchise is known for, resulting in plenty of fun cases where you chase down UFOs, compete in dance competitions, and guide your students to a brighter future.

Combat also feels much smoother and balanced, especially thanks to the addition of the Snake Class, which focuses on counter-attacks and fluidity. Now, instead of having only power and speed styles, Yagami has much more balanced and varied options to swap out between the three move-sets.

Lost Judgement takes everything that was great about the original and makes it that much better, making for one hell of a sequel.

Staff Writer Omar Banat: The oddest thing about Ratchet & Clank: Rift Apart is that it ended the longest drought in franchise history. The five-year wait between games didn’t seem like it was all that long. With a total of eight mainline games coming out on the PS2 and PS3 combined, the single addition to the franchise on PS4 was surprisingly refreshing. Plus that extended wait only made what came next that much better.

The absolutely incredible run that Insomniac Games has been on since 2014 — when Sunset Overdrive launched — continued in 2021 with the extremely well-reviewed, fan-favorite, Ratchet & Clank: Rift Apart. The game had all of the classic charms of the now 20-year-old franchise along with all of the wacky weapons that you would expect in a Ratchet & Clank title.

But a great sequel isn’t all about recycling ideas from 15 years ago. Insomniac Games made the extremely gutsy choice of adding a new protagonist in a franchise that is literally named after the original hero. You still have plenty of hours as Ratchet in Rift Apart and Clank is with RIvet for most of the game. But the main focus of the story is definitely on Rivet, her internal trust issues, and her external struggles against Emperor Nefarious.

On top of that, the different dimension gimmicks like the Rift Tether and Blizon Crystals add enjoyable twists to combat and exploration. Despite many returning weapons, new guns like the Topiary Sprinkler and Mr. Fungi shine as some of the most fun and useful tools in the game. If anything, Rift Apart is a clear sign that Insomniac Games is nowhere near running out of new and exciting ideas when it comes to Ratchet & Clank.

Editor-in-Chief Ed McGlone: Making a great sequel to a great first game is really tough. It’s even harder when it’s been over 15 years since the last game was released. Double Fine had their hand full, then, making sure Psychonauts 2 lived up to expectations. They had to make sure that the game pleased the fans that have stuck with them over the years since the last game, and also find a way to appeal to a newer, more modern audience.

I’m so happy that I get to say that they pulled it off. In fact, it’s one of the most perfect and seamless sequels I’ve ever played, which is crazy considering, again, it came out over 15 years ago!

Psychonauts 2 doesn’t miss a single beat. It picks up in every way from the first game. Raz has a stable of skills, the story continues straight off of the first game, and he enters an academy filled with ways for him to grow his powers more. The game does an excellent job of succinctly catching you up. Even if you never played the first game, you’re already going to have a decent feel for what happened, and are ready to go for the new adventure.

The first few missions also do a great job of letting you get to know some of the key characters from the first game as well. While I played the original, I have to be honest, I barely remember it. I only played it the one time and it was when it came out. That didn’t really matter, within a few hours I knew exactly what was going on and who the important players were.

On the gameplay side of things, Psychonauts 2 brilliantly mixes big hub worlds that are open for you to explore on your own time, filled with secrets that you find if you upgrade your skills a certain way, with more tightly controlled (but extra zany) levels that will put your platforming and combat skills to the test. Psychonauts 2 mostly takes place inside the minds of others, so there’s no limiting principle when it comes to how creative and wacky the levels can get.

Hats off to Double Fine for carefully crafting one of the most perfect sequels in recent memory.

Staff Writer Omar Banat: I think it’s safe to say that Halo is truly back. In 2015 when Halo 5: Guardians was released, there was a general feeling that the campaign in Halo was starting to take a back seat to the extremely popular multiplayer modes.

Fortunately, after multiple delays, the team at 343 Industries was given the time to focus on making Halo Infinite the best game it could be. Sure, it ended up on the Xbox Series X|S a whole year after people were hoping it would. The extended time the development team was given ended up being the best thing that ever could have happened to Halo Infinite. The story, gameplay, and most of all the open world were much better off for it.

The open world of Zeta Halo is a beautifully crafted masterpiece just begging to be explored. If traveling throughout the sprawling map by Warthog or Banshee isn’t enough for you, then there’s always the option of using the Chief’s Grappleshot that’s brand-new to the series. It’s a simple addition that makes a world of difference in terms of traversing the expanse that is Zeta Halo.

But it’s not just the campaign that is filled with hours of fun. The multiplayer in Halo Infinite is just as fantastic as always. The gameplay in the early stages of multiplayer (before the game launched) was absolutely incredible. Additionally, the team at 343 Industries has been extremely responsive to player feedback and it looks like this already impressive sequel in one of the most well-known gaming franchises will only continue to get better as the years go on.