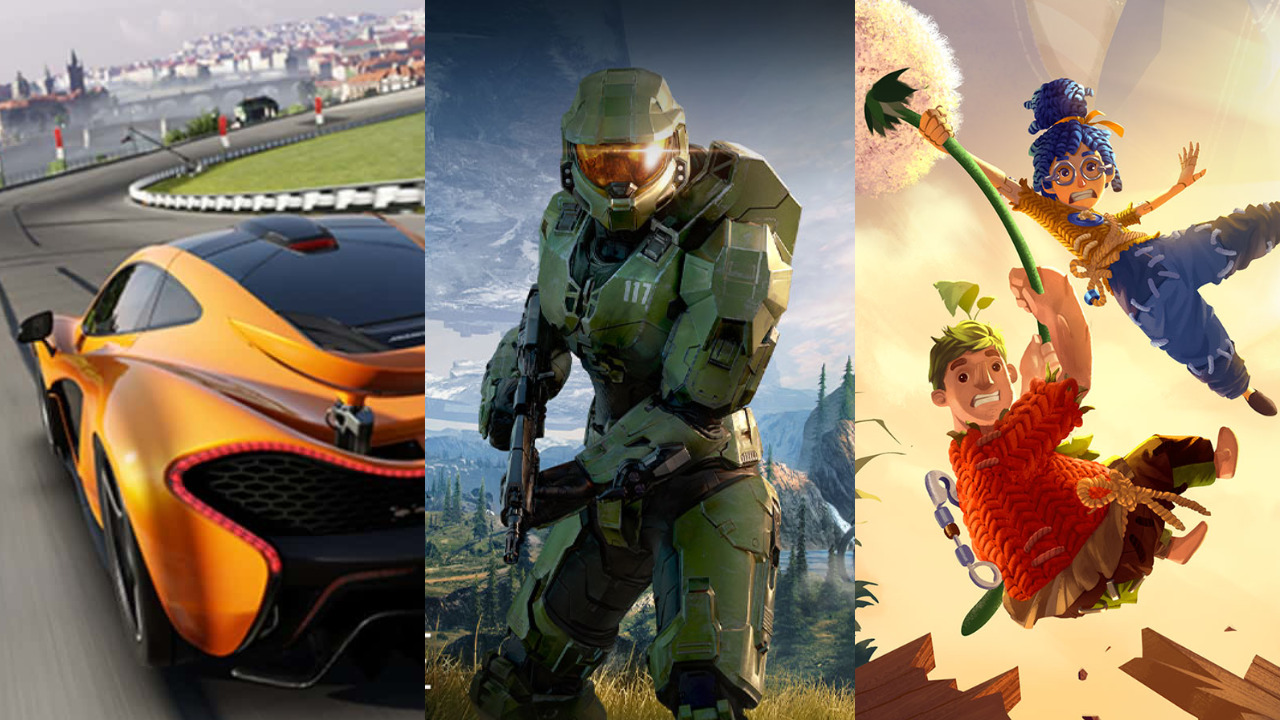 Continuing Twinfinite’s awards season, it’s time to look back and reflect on the highlights from last year. And today, we’re here to celebrate the best multiplayer experiences of 2021.

Voted on by all our staff and editors, these are the games that stood out for nailing the multiplayer side of things. Be it standing out for gifting us cheerful memories with our nearest and dearest, or simply standing out for giving us the opportunity to annihilate a bunch of randoms in a symphony of bombs and bullets, these are the finest multiplayer offerings 2021 gave us. So, without further ado, let’s get into it!

Guides Editor, Chris Jecks: Ever wanted to just get behind the wheel of a supercar, have your friends do the same and then proceed to hurtle down city streets, see who the ultimate DK is (I do know what that stands for and it’s not Donkey Kong… if you know, you know), or see who can absolutely send it off a cliff all from the safety of your sofa? Well, the Forza Horizon series has been doing that for years. But Forza Horizon 5 is just bigger and all the better for it.

Thanks to its sprawling map – a smorgasbord of regions and terrains to burn rubber through and across – it becomes so easy to blaze countless hours just messing around with friends, taking on different events, challenges and races together, or partaking in a bit of car Fortnite… I mean the Eliminator.

It’s the kind of game where you can all actually kick back and engage in a proper conversation, too. No real communication is needed to put the pedal to the metal and race your friends through the streets, leaving your airways open for slanderous banter and good times.

Alas, the game has had some server issues in its opening months, putting a bit of a dampener on the otherwise booming Horizon festival, but when you do get a group of friends together, Forza Horizon 5 offers a refreshing multiplayer experience that’s well worth sticking around for after you’ve beaten the “campaign.”

Assistant Editor, Dylan Chaundy: 1047 Games’ Splitgate took the gaming world by storm resulting in one helluva 2021 for the US-based studio, and it’s especially impressive considering they’re such a small-scale indie team with just a headcount of around 25.

While its innovative gameplay and satisfying gunplay were some of its strongest qualities, Splitgate also managed to deliver one of the finest multiplayer experiences of the year, and this was thanks to its eclectic range of super-duper fun multiplayer game modes.

Blending the familiar, tried-and-true modes – like Team Deathmatch, Domination, and Capture The Flag – with a handful of more creative, unconventional offerings – like Takedown, Showdown, and Instagib – Splitgate was a breath of fresh air in the crowded multiplayer shooter market.

And, of course, that’s all without mentioning Teabag Confirmed, which is possibly the sole winner of the funniest new game mode of 2021. Kudos, 1047 Games!

Features Editor, Andrew McMahon: Playing through It Takes Two with my best friend earlier this year was one of the most enjoyable multiplayer experiences I’ve had in video gaming in a while. Whether we were exploring all of the unique levels, experimenting with our character’s specific abilities, or just competing in minigames against each other, there were simply so many great experiences.

The game is built around multiplayer and teamwork, requiring both players’ communication skills to be spot on to even accomplish some of the more menial tasks. Get too focused on what you’re doing, and you may leave your teammate out to dry by not listening.

At the same time, though, It Takes Two’s design is so intuitive and accessible that even people who don’t play games can pick it up and feel like a pro. Movement is fluid and forgiving, and the levels do a great job at introducing and explaining new skills and environments before ramping up the difficulty as players progress through each chapter.

This results in some satisfying trial-and-error puzzle solving and combat, making for one hell of a multiplayer adventure.

Assistant Editor, Dylan Chaundy: Attempting to recapture the iconic multiplayer of Halo’s glory days was always going to be a challenging task, but 343 Industries stepped up to the plate and hit a home run.

Not only is Halo Infinite’s moment-to-moment gameplay absolutely stellar, but the diverse amount of maps and modes on offer are plentiful, to boot. From smaller-scale 4v4 Arena matches to larger-scale 12v12 Big Team Battles, there’s something for everyone in Master Chief’s latest multiplayer suite.

Of course, Halo Infinite’s major secret weapon was the fact that the multiplayer component was, for the first time in the series, accessible to all thanks to it being totally free-to-play on not only Xbox Series X|S, but PC, too. Plus, players don’t even need an Xbox Live subscription to access the multiplayer, either. Savvy move, Microsoft!

Overall, it’s more of an evolution than a revolution, but Halo Infinite’s multiplayer remains as addictive as ever, and stands out proudly as our best multiplayer experience of 2021.