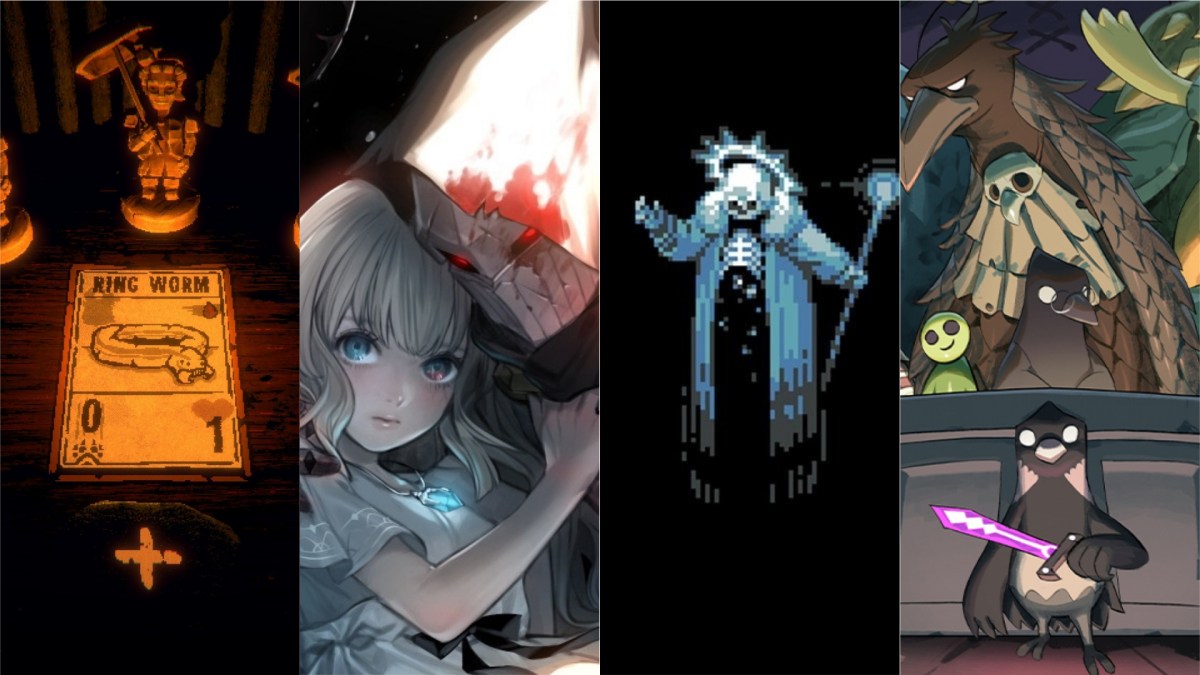 It’s finally award season here at Twinfinite! Over the month of January we’re going to look back at our favorite games of 2021. That includes the plethora of strong indie games the year has seen, from rogue-lites to Zelda-likes. These are the best indie games of 2021.

Voted on by our editors, these were the indies that stood apart from the pack.

Editor Ethan Anderson: Ender Lilies is a Metroidvania that probably flew under the radar for plenty of people last year, but it absolutely deserves to be mentioned in the conversation when discussing the best indie games of 2021.

The game follows a young girl named Lily as she attempts to fight back against — but also purify — the Blighted inhabitants of Land’s End, as they’ve been transformed into monsters by the Rain of Death that never stops falling.

Journeying through Land’s End is like moving through an eerie animated painting that hides menacing creatures around every corner. And in true Metroidvania fashion, Lily gains new abilities for traversal and/or combat after every one of the tough bosses and fearsome Blighted encounters that await her.

Going from only having a timid-looking, defensive dive and a simple three-hit combo to a high-speed dash and a powerful, customizable moveset feels amazing for both progression and gameplay. On top of that, the depiction of Lily using her powers through the souls of her purified enemies makes it even better from a visual standpoint.

From its ever-evolving combat and grim story to its stellar soundtrack and stunning art, Ender Lilies provides a number of reasons why it’s a game that needs to be played by anyone who enjoys the genre.

Guides Editor Chris Jecks: If you’d told me at the beginning of 2021 that a game about a soul-reaping crow would be one of my favorite games of the year, I’d have asked what you were smoking.

And yet, Death’s Door with all of its on-the-nose quirks and dad-jokey puns and references didn’t just suck up countless hours of my life but has lingered in the back of my mind like some persistent poltergeist ever since.

With some frantic, tactical combat and a weaving, winding world of paths and secret rooms to explore, Death’s Door is a magical treasure trove I just couldn’t stop myself from diving into. Exploration of the world and the more minor combat sections are headlined by epic boss battles that’ll see you taking on a pottery-loving old lady, a sentient castle, and a giant frog, among others. Its eccentric excellence that could only exist thanks to the thriving indie industry in 2021.

Reviews Editor Zhiqing Wan: Being a complete sucker for rogue-lites and escape rooms in general, Inscryption seemed right up my alley. And for the first few hours, it was.

Daniel Mullins’ latest game features a fantastic first act that’s absolutely dripping with style and ambiance, as you explore a dimly lit cabin while playing cards with a half-naked bearded man who clearly hasn’t showered in months, possibly years. The card gameplay itself serves as a solid foundation of what’s to come, and there is plenty of fun, game-breaking mechanics to uncover the deeper you get into it.

And yet the gameplay itself is merely a veneer for the real story that Mullins wants to tell. We won’t dive too deep into spoiler territory here, as this truly is a game that’s best experienced blind, but Inscryption is a game that’s more concerned with telling a meta-story that breaks the fourth wall constantly. It may or may not work for you, but it’s certainly hard to deny that this is a game that’s able to surprise the player at every turn — not an easy feat to achieve in this day and age.

This is a blend of RPG elements, rogue-lites, deck-builders, and base building all rolled up into one. It sounds like a total mess, but the end product works extremely well. At its core, Loop Hero is an idle clicker game that strips away all control from the player; you’re only able to determine which cards you want to play, and what you want to equip your character with. Everything else is out of your hands.

You’re given a great deal of control over what actually happens in the game, but the catch is that a single wrong move or a moment of overconfidence can quickly cause things to go very wrong. At that point, though, it’s too late, and there’s nothing you can do to save your character unless you happen to draw a card that lets you delete a few tiles here and there.

Loop Hero is all about understanding your own capabilities and working around them and creating a perfect build that lets you complete countless loops. Complete with a kickass soundtrack that never gets old (especially if you’re spending hours on a run), and you’ve got pretty much the perfect idle clicker game that’s incredibly easy to pick up, but hard to master.