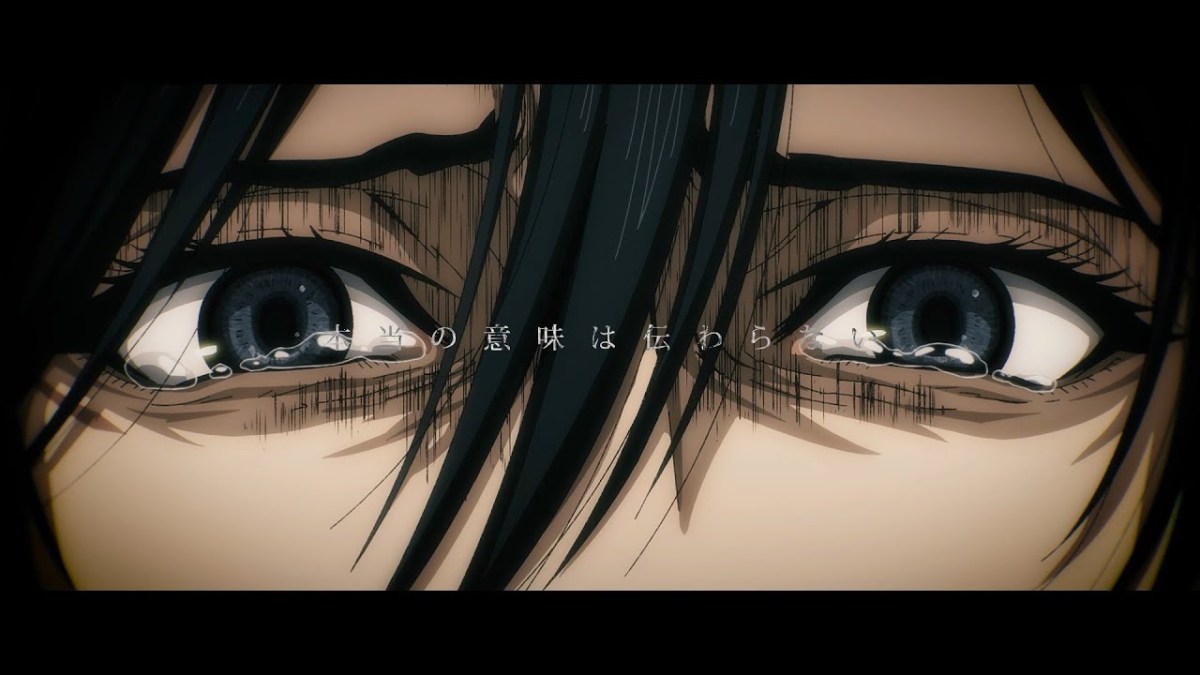 ***The following article and music video contain MAJOR spoilers for the entirety of Attack on Titan up until this point. If you haven’t seen up until the latest episode in Attack on Titan Final Season Part 2, please come back after you’ve watched it.***

Attack on Titan Final Season Part 2 is in full swing, as things are really starting to heat up story-wise. To celebrate the beginning of the end, Ai Higuchi has posted the full ED theme anime special version of their music video to Youtube.

As you can see in the clip, the theme features loads of famous scenes throughout the series to commemorate its final season. You can check it out, and the full lyrics, right down below.

An iron bullet is proof of justice.
Whenever I shot I became closer to the hero.
If you close your eyes and touch it,
The evil who has the same body and the same temperature.

Am I not good enough and is he better for you?
There was just a wall.
Don’t cry about the destiny we were born with.
Cause we are all free.

If we have wings like birds,
We could go anywhere.
If we don’t have a place to return to,
We might not be able to go anywhere.

I don’t want to just live.

This world is cruel but I still love you.
Even if I sacrifice everything, I will protect you.
Even if this is a mistake, I don’t doubt it.
What is right is believing in myself strongly.

The scene of the rain of iron falling.
It was on the TV, which looks like a movie.
War is a stupid violence.
It’s the story of an unrelated and unknown country.

Then why do I hate him,
The reason why I can’t hide my dark feelings,
I can’t even explain why.
How come we are full of contradictions?

Once this word is translated,
The real meaning won’t be understood.
What I believe is, when opening your eyes,
Only the world you touch.

I don’t want to just live.

This world is cruel but I still love you.
Even if I sacrifice everything, I will protect you.
The shadow of the person whom I chose, the corpse of what I threw.
I noticed that what is growing inside me is the child of evil.
Behind justice, inside of sacrifice, there is a child of evil inside my heart.

Attack on Titan Final Season Part 2 is currently airing on both Crunchyroll and Funimation, with later rebroadcasts of each episode appearing on Hulu and Adult Swim.