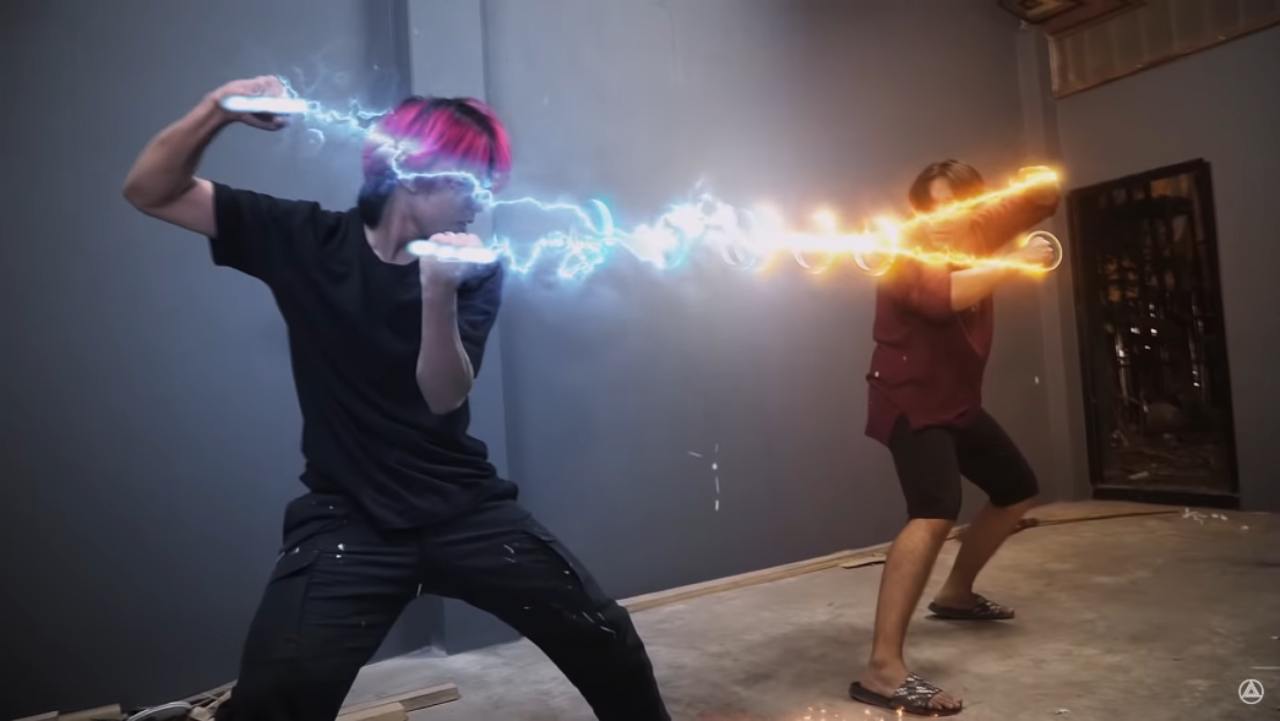 Since its release in September, no one can argue that Shang-Chi and the Legend of the Ten Rings wasn’t a spectacle. Whether it was the fantastical creatures, the fight scenes, or the magical visual that accompanied them both, it is safe to say that Marvel really outdid themselves from a visual standpoint.

What is even more impressive is that Shang-Chi and the Legend of the Ten Rings is apparently one of the lower budget releases in the MCU, coming in it at around $150 million. Now, obviously, that is still a lot of money to spend on a movie, so one fan asked the question of what it would look like if the budget was even more realistic.

As you can see in the video above, Youtuber OVERACT does an amazing job recreating Shang-Chi and the Legend of the Ten Rings with the help of appliances like tape and CGI. Using this combination of household items, digital skill, and creativity, the Youtuber is able to recreate some of the most impressive scenes in the film.

For more from OVERACT, be sure to check out their official fanpage.

If you’re unfamiliar with Shang-Chi, below you can read an official description below:

Marvel Studios’ “Shang-Chi and The Legend of The Ten Rings” stars Simu Liu as Shang-Chi, who must confront the past he thought he left behind when he is drawn into the web of the mysterious Ten Rings organization. The film also stars Tony Leung as Wenwu, Awkwafina as Shang-Chi’s friend Katy and Michelle Yeoh as Jiang Nan, as well as Fala Chen, Meng’er Zhang, Florian Munteanu and Ronny Chieng.

Shang-Chi and the Legend of the Ten Rings is now available on Disney+. You can also check out all of the other Marvel-related we’ve got in the related articles section at the bottom of the page. That includes plenty of features, news, and quizzes you’ll surely love.