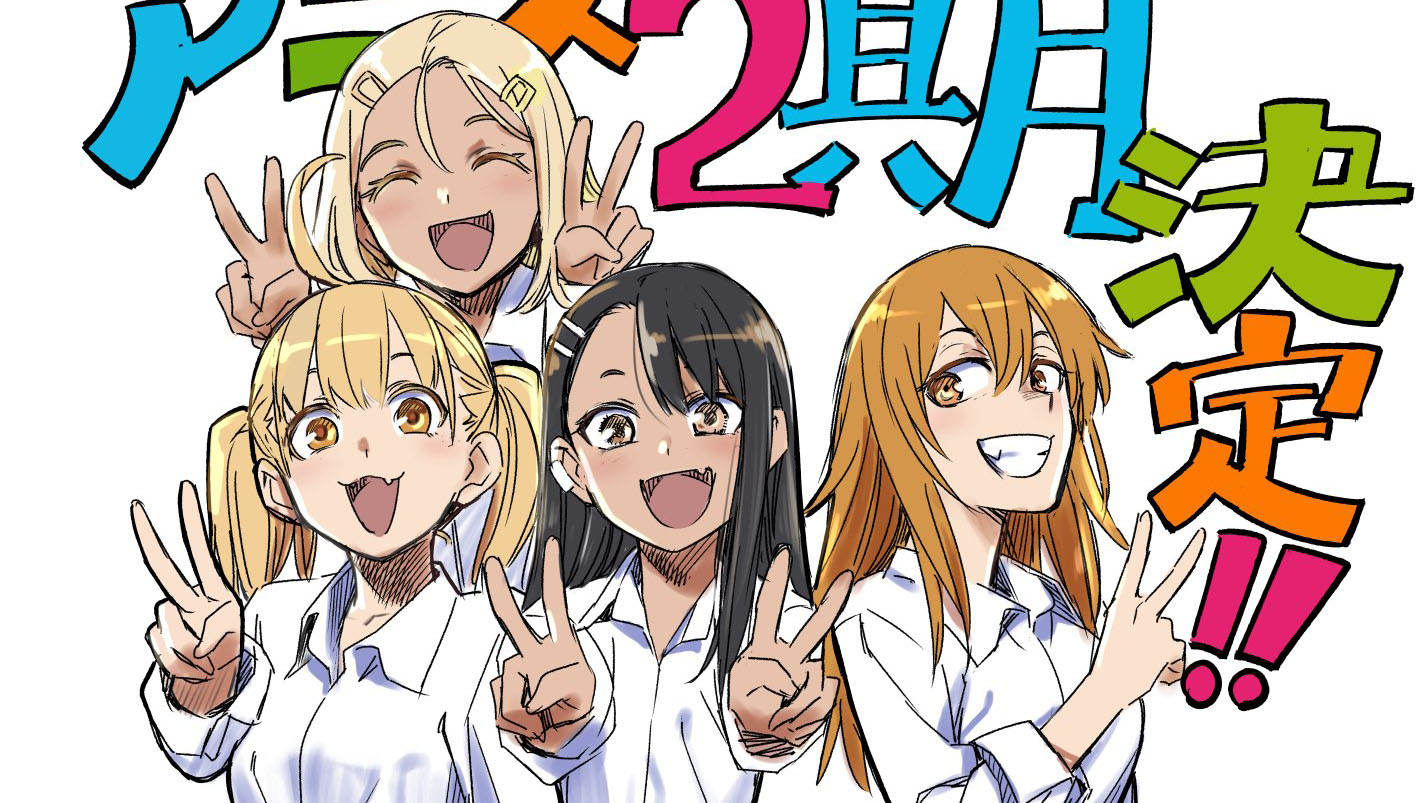 If you love the upbeat anime Ijiranaide, Nagatoro-san, also known as Don’t Toy with Me, Miss Nagatoro in the west, here’s some good news.

A second season for the anime has been confirmed and it’s currently in production, as mentioned by the official Twitter account of the series.

Looks like Senpai is going to be teased further on TV by his loving underclassman, and to celebrate, we also get illustrations by character designer Misaki Suzuki. and mangaka Nanashi.

At the moment, there is no further information on when the second season of Don’t Toy with Me, Miss Nagatoro will be aired, so we’ll have to wait for more details.

If you’re unfamiliar with Nagatoro-san, it debuted as a web-manga by Nanashi before starting serialization in 2017, and it’s still ongoing.

The first cour of the anime has been one of the more interesting aired during this year’s spring season, so it’s nice to see that it’ll be continued.