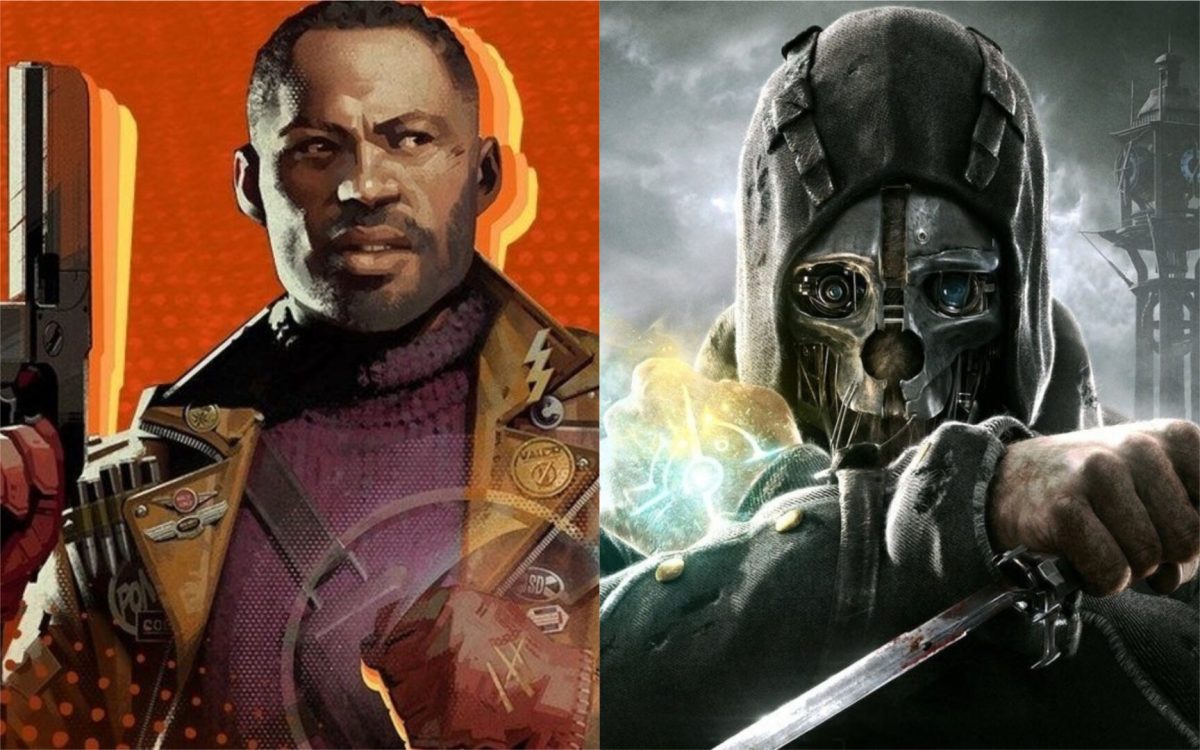 Following the release of Deathloop last week, Arkane Studios has made a triumphant return to the spotlight. The all-new IP has been showered with critical acclaim almost unanimously across games media, with much of the praise focused on its clever design and brilliant gameplay. In so many ways, the lineage of the studios’ esteemed Dishonored series can be felt throughout Deathloop, and so it’s only natural to compare the two. Here we’ll be running over which we think is better across three different categories before giving the verdict on which we think comes out on top overall.

Unraveling the enigma of Deathloop’s story by piecing together various clues scattered around Blackreef is certainly compelling, but even though the narrative has some clever twists and turns, it’s not quite on the same level as Dishonored. The stealth-action series’ sprawling tale of treachery and revenge is altogether deeper and more nuanced, marked by some incredibly captivating personalities along the way.

Deathloop’s story, by comparison, is more of a story premise, a context, to the events of the game and the existence of the time loop, rather than a conventionally structured narrative. Again, in many ways, it’s extremely clever, but there just isn’t the same imperative put on actual storytelling and character development. It plays a much lesser role in the overall experience.

To be fair, Dishonored’s story takes place over multiple games and DLC, so the comparison isn’t quite apples to apples. Still, if you’re interested in experiencing signature Arkane gameplay with a brilliant story to tie everything together, Dishonored and its sequel is clearly superior.

Winner: Dishonored by a good margin.

If you have played the Dishonored series, then you’ll appreciate the lineage of those games when playing Deathloop. So much of the first-person combat, stealth, and use of supernatural abilities are extremely familiar — many of the latter almost identical to those seen in Dishonored. Not to mention, the sandbox nature of each game’s level design is also similar.

The way in which players are given agency to actually use these abilities within the sandbox, though, is very different. Dishonored is a tricky, often punishing, stealth action game that is largely unforgiving of mistakes. It’s ‘hardcore’ in the sense that players are encouraged to consider their every move, and the consequences of a misstep are frequently catastrophic.

Of course, this is by design — Dishonored is a stealth game first and foremost, and so getting into fullscale combat rarely goes particularly well. It also doesn’t honestly feel that great when things get chaotic. It’s better experienced as a sneaky stealth em’ up. Many players will adore the challenging nature of Dishonored and its commitment to pure stealth. But it isn’t for everyone.

Deathloop, however, has been designed to cater to those who both love action and love stealth. Beyond the fact that it has much more tactile traversal mechanics and far gunplay, the AI of enemies is less sharp, and the consequences of being seen aren’t anywhere near as severe — you can cause a huge disturbance before an area becomes alerted to your presence.

Some might feel Deathloop is a little too diluted and perhaps not quite challenging enough, but for us, it takes the best of Dishonored and removes all the shackles. It’s all about fun and the freedom to play as you like, and it’s better for it.

Now this one is tricky. Arkane games always drip with style and character, and they’re built around clever and innovative level design; both Deathloop and Dishonored boast these qualities in droves — albeit on opposite ends of the scale in terms of their visual qualities.

Deathloop is vibrant and funky, while Dishonored is gritty and ambient. Both games use a semi-realistic graphical style that exaggerates certain qualities of the aesthetic, and they’re equally eye-catching as a result. In terms of level design, you could get lost for hours exploring the nooks and crannies of both Blackreef and Dunwall/Karnaca, which are detailed with intricacies that are not only stunning to look at but often serve as a catalyst for some clever feature related to gameplay.

For us, it’s a dead tie between these two games when it comes to this particular category. Which one appeals to you will likely come down to what sort of mood you’re in, but there’s no doubt that both are as stimulating to explore as they are breathtaking in complexity and intelligent design.

Yes, yes, we’re copping out with a very fence-sitty conclusion: it’s a dead heat between Dishonored and Deathloop. We just can’t pick a winner between these two fantastic IPs, each of which shares so many qualities but distinguishes themselves by excelling in slightly different areas. Dishonored is a hardcore stealth em’ up with a twisting and gripping story, while Deathloop is a fun sandbox action game with a unique time-loop design that feels wonderfully fresh and inventive.

Certainly, Deathloop is more accessible, though. It’s an easier game that puts the onus on having fun and experimenting with different styles of gameplay, whereas Dishonored is all about learning how to use a set of different tools to ace tough stealth levels.

If you haven’t played either, then we actually recommend starting with Deathloop first, which will give you a big leg up when tackling the trickier Dishonored later on. For those who played Dishonored but are yet to pull the trigger on Deathloop, don’t fret too much over the easier difficulty level — it’s so damn fun to play!