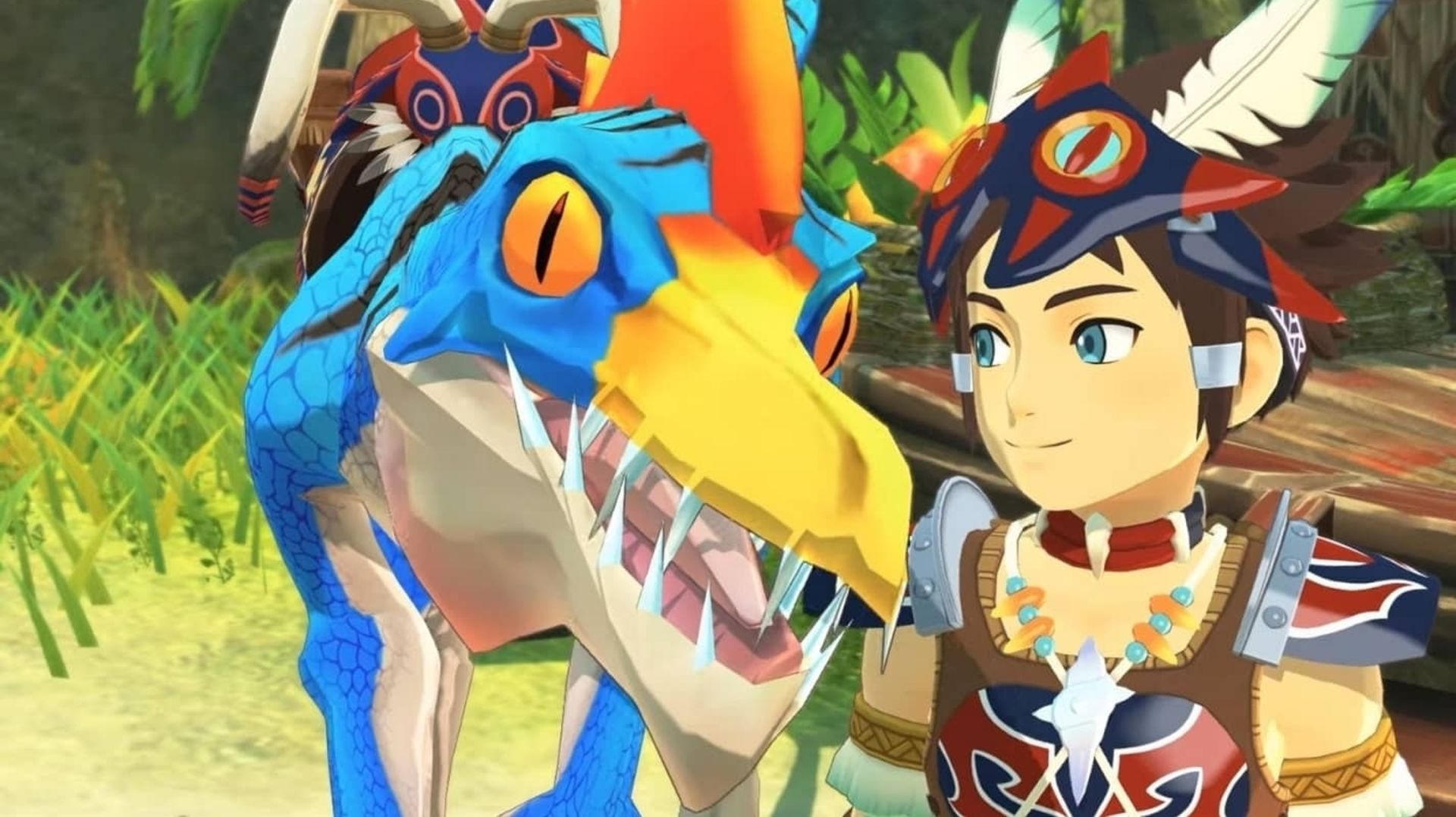 Capcom’s Monster Hunter series has always been known for being notoriously difficult to get into. From the lengthy tutorials bombarding you with overwhelming mechanics for each different weapon type to the clunky movement of your character (though that’s been alleviated slightly in recent entries), Monster Hunter isn’t exactly very newcomer-friendly. That’s probably why the Stories spin-off series was created –to invite interested passersby into the grand world of beasts and beautiful wildlife, giving them a taste of what it’s like to be a real hunter, while also significantly lowering the barrier to entry by changing the genre entirely.

Monster Hunter Stories 2: Wings of Ruin is the second game in this little series off-shoot. Unlike the mainline games, Stories is more of a traditional turn-based JRPG. Instead of hacking and slashing away at monsters, you engage them in turn-based combat with a full party, and you take turns trying to hit each other’s weaknesses until the monster finally falls.

The basics of Monster Hunter are still in place here: you’ll take down monsters to get parts, which can then be used to craft better gear. Your village also comes with a quest board, which is where you can take on various side quests and deliveries to earn more money, resources, and experience points. This will all feel very familiar to series fans; the mechanics have just been streamlined a lot to make it feel more frictionless.

The upgrading and crafting process, in particular, has been streamlined quite a bit. Whereas in the mainline games you’d need to specifically target parts of a monster and either capture or defeat it to get the materials you want to craft equipment, Monster Hunter Stories 2 makes things much easier on players.

Whenever you defeat a monster, you’re rewarded with various parts. If you performed exceptionally well in battle (fast clears and skill usage all contribute to your battle score), you’ll be rewarded with rarer resources. Each resource is worth a certain amount of points, and each piece of equipment has a required points threshold you’ll need to reach in order to craft or upgrade it.

This means that it’s a lot easier for players to work towards the weapons and armor they want, simply by grinding out fights against monsters that will drop the parts they need, without the worry of targeting specific parts or doing the fight a certain way. Players who make full use of the game’s combat mechanics by switching out weapons to target parts are still rewarded with rare materials, which will let them get their upgrades more efficiently, but this system makes upgrading more accessible to everyone.

While the combat difficulty is generally pretty low, Monster Hunter Stories 2 does feature a surprisingly involved combat system as well. The hunter is able to change weapons in the middle of battle to efficiently exploit enemy weaknesses and break off parts, and even use various skills to gain the upper hand.

The core of the combat in Wings of Ruin revolves around a rock-paper-scissors system with Power, Speed, and Technical attacks. Speed beats Power, Power beats Technical, and Technical beats Speed. Each type of monster in the game is inclined to use one of these attacks most of the time, so once you figure it out, it’s just a matter of countering them with the right attack type.

While monsters do have an ‘enraged’ mode that can cause them to behave normally, the attack patterns do make this game pretty simple and straightforward, even during boss fights. It’s very rare that you’ll find yourself stumped in a fight, as it’s generally easy to predict what an enemy is about to do, and you can counter it immediately after.

Things get a tad trickier when you have to actually plan which types of monsters, or Monsties as they’re referred to in-game, you want to have in your party.

Just like enemy monsters, your Monsties tend to favor one attack type as well, which means you’ll need to swap them in and out to effectively exploit your enemy’s weakness. Whenever you and your Monstie use the same attack type in a single turn, you’ll synchronize and perform a Double Attack, which does extra damage.

Do enough Double Attacks and pull off enough skills, and you’ll eventually fill up the Kinship gauge, which lets you ride your Monstie in battle and perform a powerful Kinship skill.

To add Monsties to your party, you’ll need to collect eggs from the various monster nests scattered all over the open-world. Bring those eggs back to the Stable Paw in the village, and you can hatch them to get different Monsties to add to your party. This is easily the best part of the game, as the Monsties come with various abilities that can help you access different parts of the world.

Some can jump up to get to higher ground, others can climb up vines, and some can swim across the water. You definitely want a good variety of Monsties at your disposal just so you have all the attack types covered, and that’s the key to victory.

Aside from just monster nests, there are also larger domains called Everdens, where you can find a special currency called Bottlecaps. Bring these back to the Felyne back at your village, and you can exchange them for better weapons, armor, talismans, and all sorts of useful items and blueprints. In some ways, the world of Monster Hunter Stories 2 feels like a Metroidvania at times; you’d have to wait to get a Monstie that has a special traversal skill you need, access a previously inaccessible area, get better resources, get better gear, rinse and repeat.

It’s a satisfying if somewhat simplistic and easy loop that’s tied together with a lighthearted story about a tribe investigating the recent emergence of unusually aggressive monsters. There honestly isn’t that much to say about the story aside from the fact that it’s pretty much just there to introduce series newbies to the various iconic beasts that have graced the Monster Hunter series over the years, as well as other series staples like the Felyne companion and the familiar loop of hunting monsters to craft better gear, and repeat.

As someone who’s spent the last three years or so getting into the Monster Hunter series proper and learning its intricacies, I have to admit it was somewhat disappointing to jump into Wings of Ruin only to be greeted by a fairly short and simple romp through an inconsequential story with low stakes. Don’t get me wrong; Wings of Ruin is a competent JRPG with fun mechanics that will keep you entertained for the duration of its runtime, but I just wish it presented more of a challenge.

Monster Hunter Stories 2: Wings of Ruin will serve as a great game for welcoming series newcomers into this vast and vibrant universe, but it might not be your cup of tea if you’re already invested in the mainline series.