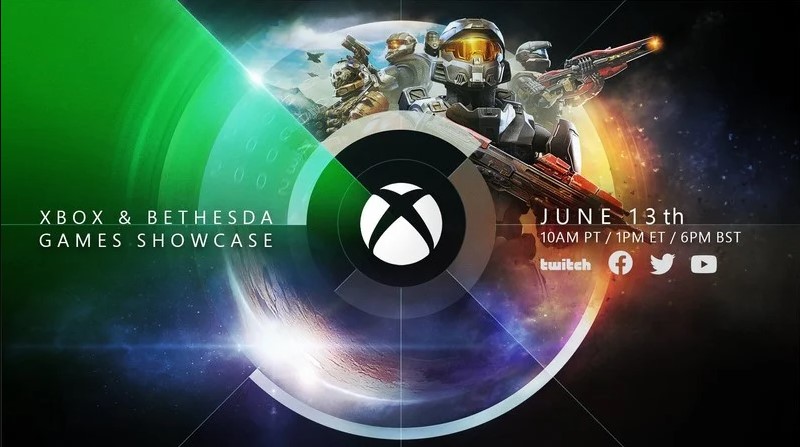 It’s nearly E3 2021 time, and so naturally, it’s time for Twinfinite to give its best shot at predicting what each of the big publishers and their development teams will be showcasing during their respective conferences. Following Microsoft’s acquisition of Bethesda’s parent studio, Zenimax Media, the two have decided to team up to bring their very own Xbox & Bethesda E3 2021 showcase.

With the two publishers joining forces, this is one you’re absolutely going to want to tune into. To get you all hyped up, we’ve come up with 10 Xbox & Bethesda E3 2021 predictions that we think have a pretty solid chance of showing up, and would also give the publishers the chance of stealing the ‘Best E3 2021 Showcase’ award in the eyes of fans around the world. So, without further ado let’s dive right in.

As one of Bethesda Softworks’ biggest upcoming games, we’ve got a good feeling about this one. Starfield was first shown at E3 2018 and is set to be the developer’s first-person sci-fi RPG based on an entirely new IP.

We more or less know nothing about Starfield outside of this. There have been a handful of ‘leaked’ images, but Bethesda itself hasn’t shown any gameplay or shared any other details publicly.

With rumors Starfield is slated for a 2021 or 2022 release date, there’s a fairly good chance it’ll get its fair share of the limelight at E3 this year.

We’re predicting we get a full, deep-dive look at the gameplay at E3, much like Bethesda did with Fallout 4 back in 2015. Throw in a late 2021 release date (or early 2022) and Xbox fans will have plenty to be excited about.

What will be more interesting is whether or not Starfield is announced for PlayStation platforms, given Xbox’s acquisition of Bethesda’s parent company, Zenimax late last year. This could be the first of many huge exclusives for Xbox that we see from Bethesda.

Halo Infinite couldn’t have had a worse faring at what was essentially E3 last year. Despite showing new gameplay featuring a grappling hook and large open environments, fans were underwhelmed with the look of the game. Visually, it was a little underwhelming, especially given the Halo series’ prowess as one of Xbox’s headline exclusive.

With this in mind, the development team opted to push the game into late 2021 from its planned release in November last year with the hope of reworking the game’s visual direction to live up to fans’ expectations.

Given we’ve already seen Halo Infinite feature in the Xbox & Bethesda Games Showcase promotional images, this one’s a surefire bet. We’re expecting to see more gameplay, possibly a deep dive into the multiplayer mode that’s sure to be popular, and a November release date to top it all off. We cannot wait to see what the team at 343 Industries has managed to conjure up since this time last year.

Game Pass is Microsoft and Xbox’s baby right now, with subscriber numbers through the roof, and a new “Game Pass is the best value in games” article coming out online just about every other day for the past year now (we’re not arguing, it’s absolutely true).

With this in mind, it seems like a surefire bet that Microsoft will spend some time announcing some huge Game Pass announcements. We already know that Bethesda titles will be coming to the service on their release date, but we’ll likely be reminded of this while all eyes are on the big MS and Bethesda.

But outside of that, we imagine there could be another third-party deal on the horizon. Perhaps Ubisoft jumps on the Game Pass bandwagon, or more upcoming major third-party titles get the day-and-date treatment like Outriders did. Rest assured, though, Game Pass will get some love during the showcase.

We Get a Look at Gameplay of Obsidian’s Avowed

During Microsoft’s Summer showcase last year, we got our first glimpse of Obsidian’s upcoming fantasy RPG, Avowed. It came in the form of a fancy, visually impressive CGI teaser trailer following the flight of an arrow, before giving us a very brief look at a character wielding magic glyphs and a sword as an enemy drew close.

Since then, Obsidian has remained tight-lipped on details for the game, but a year on, it seems likely that we’ll get another blow-out of information. We’d even go as far as to suggest we might even get a gameplay trailer or detailed walkthrough of some gameplay, showing off the size of the world, the stunning visuals, and combat.

In terms of a release date, we doubt we’ll get anything concrete just yet. A vague 2022 release window seems about right for now.

Fans have been desperate for another entry in the Fable series since Fable 3 released back in 2010. A decade later, Microsoft announced that the team at Playground Games had been hard at work on a new Fable game, and the internet suitably lost its collective shit.

A year on from that announcement, we imagine Playground Games will have a little more to show of the fairytale-esque world that they’ve been hard at work cultivating. A gameplay trailer or walkthrough showing off a new morality system, character creator (because of course), romance options, and a sneak peek at the combat all sound like shoo-in features we could expect to see a little more of, not to mention a stunning, sprawling world.

As much as we’d love to get a release date, we’re a little skeptical that’ll be the case given the past 12 months have been anything but smooth sailing for developers as they work remotely and navigate the obstacles that this introduces. Still, we can cross our fingers and hope for the best, right?

It was strange seeing a new Xbox system releasing last year with no Forza game to show off just how technically impressive games will run on it. Sure, we got an optimization patch for Forza Horizon 4, but it’s not quite the same as a game built from the ground-up for the new hardware.

With at least part of Playground Games hard at work on Fable 4, and the Horizon series bringing us the most recent Forza title, it’s the turn of the talented folk at Turn10 Studios to bring us the latest entry in the Forza Motorsport series, teased during last year’s summer of announcements.

You can expect a gameplay trailer with photo-realistic visuals, multiple classes of races, extensive tuning options and some of the best simulation racing gameplay you can get right now. Oh, and a September/ October 2021 release date seems about right, too!

Having cultivated a loyal fanbase with the first title, Double Fine Productions is currently hard at work on Psychonauts 2. We already received confirmation earlier this year that the game would definitely be releasing in 2021, so there’s almost certainly a release date on the cards, but we think Double Fine is in a position to show a little more during the showcase, too.

According to a backer update over on the game’s ‘Fig‘ page, the team is hard at work polishing up levels and adding last-minute bits of dialogue. The game has already been in playtesters’ hands, too, meaning that there’s a very good chance we’ll see some fresh gameplay of Raz’s adventure and maybe even a look at Psychonauts HQ, too.

Exactly when the release date for Psychonauts 2 will be remains to be seen. August or September seems about right, but that may be a little too close. Either way, we’re confident Pyschonauts 2 will show up, and will delight fans with whatever’s shown.

Following on from the announcement trailer last year, which seemed to hint at the introduction of undead animals and a dynamic weather system, there’s a good chance we’ll learn more about Undead Labs’ upcoming State of Decay 3 at this year’s Microsoft & Bethesda E3 showcase.

While the first trailer didn’t give a whole lot away, there’s a good chance we’ll get a deeper dive this time around, with some fresh gameplay and confirmation of what new features we can expect to come to the series.

The State of Decay series is one of the most promising zombie franchises out there right now, with a focus on improving your base and upgrading your survivors as you explore more and more of the map. We were big fans of State of Decay 2, so we’ll be all eyes and ears for anything Undead Labs brings to the showcase this year.

ESO + Fallout 76 Get Their Own Section

While fans sit and wait patiently (lol) for Bethesda Softworks’ next installments in the Fallout and Elder Scrolls series, fans can always check out the MMOs of each franchise, Fallout 76 and Elder Scrolls Online respectively.

With Elder Scrolls Online’s latest expansion, Blackwood, having released this month and Fallout 76’s Steel Reign update slated for summer, we could imagine Bethesda spending a little bit of time during the showcase to let fans know what’s next for each of the MMO juggernauts.

For Fallout 76, we’d expect to get a set release date for Steel Reign, as well as its Worlds Are Changing and Tales from the Stars updates slated for Fall and Winter this year respectively, as well as a deeper dive into what to expect from each of them.

For Elder Scrolls Online, you’ll likely get more details on new events coming throughout the year, and possibly even a tease of where the next major expansion will be based for the title.

Oh, and hopefully the crowd will be as enthusiastic as it has been in previous years.

We Finally Find Out What Everwild Is About

From the brief trailer we saw of Rare’s latest title last year, it’s difficult to figure out exactly what form the game will take, but we imagine the team may finally be ready to share a little more on what we can expect when we finally get our hands on the title.

It’s unlikely we’ll get a release date, but a gameplay trailer or walkthrough would certainly be enough to get fans suitably hyped.