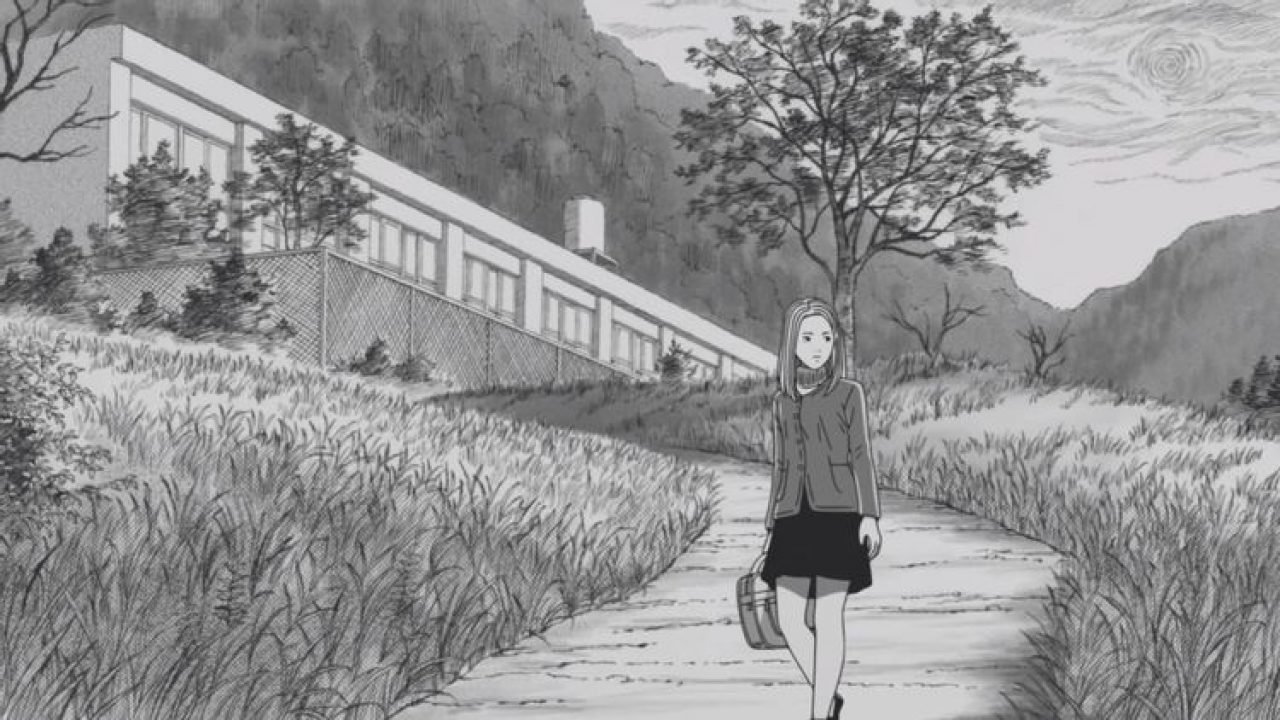 It’ll be a little while longer before the Uzumaki anime drops, but a new trailer shows that it’s shaping up nicely.

On June 15, an update video for the anime was streamed via Adult Swim’s official YouTube channel. In it, the anime’s director Hiroshi Nagahama offered some insight into the adaptation’s progress and explained why it would be delayed from its original 2021 release window.

He apologizes for the anime’s delay, and explains that they’ve been working hard to make it the best adaptation possible. This has meant reassessing how they’ll create the final product regularly, and they now know that it’ll take a bit more time to hone and refine to their liking.

However, Nagahama did want to show off some of what he ands his team had created so far. As a result, the update also includes a brief snippet from the Uzumaki anime adaptation’s first episode. In it, main character Kirie Goshima monologues about her home town of Kurouzu-Cho, a quiet and secluded locale. She then says she’ll be telling the viewer about the strange events that befell it.

As she says this, scenes of her walking down a hill toward the town are shown. Everything is in black and white, and the animation is incredibly fluid, with Kirie’s hair and clothes fluttering regularly in the wind.

It’s a promising showing of what the team is putting together, and fans of Uzumaki will definitely want to see it for themselves down below.

Uzumaki is currently slated to air as a four episode mini-series on Adult Swim sometime in 2022. For more on all things anime, check out the recently-revealed trailer for Mobile Suit Gundam Hathaway, which premiered on Netflix on June 11. There should also be a number of related articles down below, covering everything from anime memes to opinion pieces on recent anime finales.