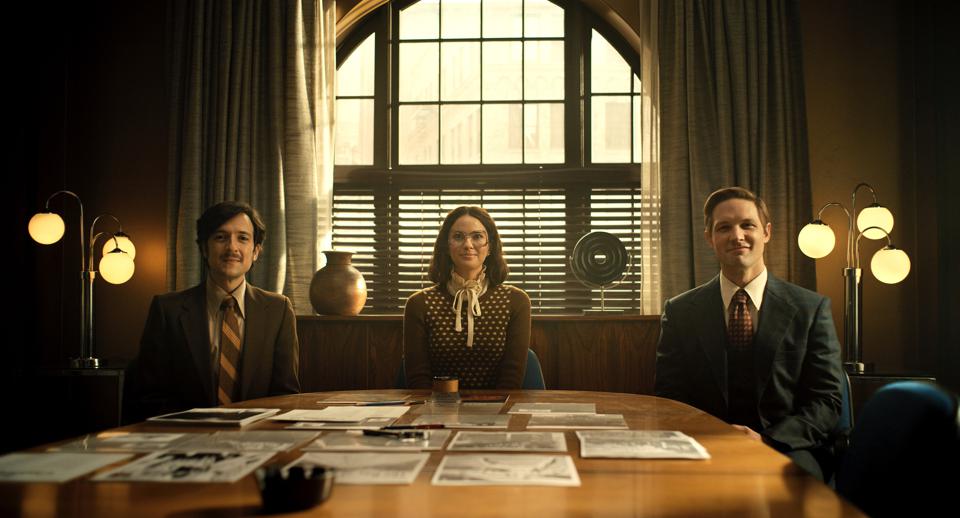 Pitched as a game development sitcom, Mythic Quest seemed like it’d be a fairly lighthearted watch at first glance. Of course, viewer expectations were quickly upended during the first season’s show-stopping episode, A Dark Quiet Death, which proved that the showrunners were truly tapped into the intricacies of the video game industry and the heartbreaking stories that come with becoming too successful too quickly. Mythic Quest’s second season features yet another flashback episode, titled Backstory!, that deals with an entirely separate issue, but hits just as hard as A Dark Quiet Death did.

A quick rundown of the plot: Carl Longbottom is an aspiring sci-fi author who’s just landed a job as a junior copy editor in 1970s Los Angeles. He quickly befriends two other copy editors whose dreams are just as big as his, and all three of them vow to help each other out by reading each other’s stories and providing useful feedback and criticism.

After all three have gotten a chance to read each other’s short stories, Carl is excited to hear what his talented peers have to say, and is immediately hit with the crushing criticism that the basis of his sci-fi story is completely nonsensical, and that there’s no meaningful connection with humanity. He’s pushed to really see the future of humanity, and realize that vision instead of making up nonsense about a race with flesh pouches on their backs for no discernible reason other than the fact that it’s cool.

Carl quickly spirals into a whirlwind of jealousy and obsession, trying to rewrite his story but only with surface changes while dealing with the devastating fact that his peers are performing so much better than he is. The turning point comes when he musters up the courage to ask renowned sci-fi legend Isaac Asimov to read his story, only to have Asimov himself cover the entire manuscript in red ink with his feedback.

While this episode of Mythic Quest isn’t quite as video game-focused as the rest of the show is, it’s certainly resonated on a very personal level. The young, fresh-faced Carl isn’t so different from what I was like when I first started pursuing my interests in the field of video game critiquing and journalism; my first review was over 3,000 words –unnecessarily long and detailed, with labored explanations of every little mechanic. Looking back at it now, it was kind of a nightmare.

I saw myself in Carl’s every thought and action; I thought I’d be able to handle criticism because after all, my skills are already there. I’m already good at what I do, and any feedback I received would only be a formality or, in rare cases, a small adjustment I’d have to make to improve an already incredible article and make it even better.

But that’s never how it works in reality. There’s always plenty of room for improvement, and Mythic Quest illustrates that heartbreaking crash into reality perfectly with a scene of a very distraught Carl flipping through his manuscript, and realizing that Asimov thinks his work is in need of a complete rewrite. And trust me, there’s nothing worse for a writer than to have their work looked over by an editor, only to get it back and see red all over the place.

The field of video game critiquing is nowhere near the level of sci-fi writing, but the ups and downs are all the same. There’s always that pervasive fear that maybe you’re not good enough, or that no one cares what your vision is for something, or what your opinions are on a certain subject matter. After spending nearly a decade in this industry, it’s become apparent to me that this fear is pretty much instilled in almost every writer I’ve come across. Some have the desire to improve, others refuse feedback, and a small percentage quickly realizes they’re just not cut out for critical writing after all.

As I watched Backstory!, I couldn’t help but dread the ending. I had hopes that Carl would find affirmation and approval from Asimov even though anyone could see from a mile away that his work just wasn’t up to snuff.

That said, Mythic Quest isn’t always a predictable show. The real gut punch of the episode comes when Carl wins an award for his book, after rewriting the entire thing with all of Asimov’s feedback and changes in mind. He meets with one of his peers from those copy editor days and she tells him, “It didn’t read like a poor man’s Asimov. It read exactly like Asimov.”

And that was the final blow to his ego, that his success came off the back of someone else’s hard work and vision, and not his own.

The show then reveals that Carl went on to write more sci-fi novels with his own vision and ideas in mind, now that he had more creative freedom with an award under his belt. But even though he’s found success with his later books, it’s clear that Carl has never quite shaken off the shame of having his success being built upon someone else’s work. Would he still have found the same success if he’d just stuck to his guns and tried to publish his debut novel as is? Or was copying Asimov’s style the only way he could’ve made it?

That’s the kind of self-doubt that Mythic Quest imbues into Carl, and it’s the same kind that has the potential to sit with you for probably the rest of your life. The episode ends with a hopeful message, with Ian approaching CW and telling him that he’s a big fan of every book he’s written. The implication is that CW was just ahead of his time, and that he could’ve found success anyway a few years after that debut.

CW is lucky in that regard, but the unfortunate reality is that that luck doesn’t extend to very many writers.